They’ve recently come under fire for their hosting abilities at the Winter Olympic Games.

And Edwina Bartholomew and Hamish McLachlan are now facing similar complaints from viewers of their new show, Australian Spartan.

After the show’s debut on Sunday night, fans took to Twitter to complain about the two presenters, with one claiming the pair were ‘about as interesting as cardboard’.

‘About as interesting as cardboard’: Australian Spartan hosts Edwina Bartholomew (left) and Hamish McLachlan (right) were panned by viewers during the show’s debut on Sunday night

Overexposed? Sportsbet poked fun at the fact Edwina and Hamish are currently getting lots of airtime on Channel Seven

Edwina and Hamish appear to be hot property at Channel Seven, hosting Australian Spartan off the back of their plum roles covering the Pyeongchang Winter Olympics.

Social media users poked fun at the fact the hosts now appear to be everywhere, with Sportsbet’s Twitter account sharing a photo of the two accompanied by the caption: ‘We’ve got to catch a quick jet to Korea for the closing ceremonies, then fly back to host every other show Channel 7 has.’

Meanwhile, one Australian Spartan viewer bluntly asked: ‘Is Edwina Bartholomew the only female presenter Channel 7 has?’

Too much Eddie? One Spartan viewer appears to be seeing a lot of Edwina on Channel Seven 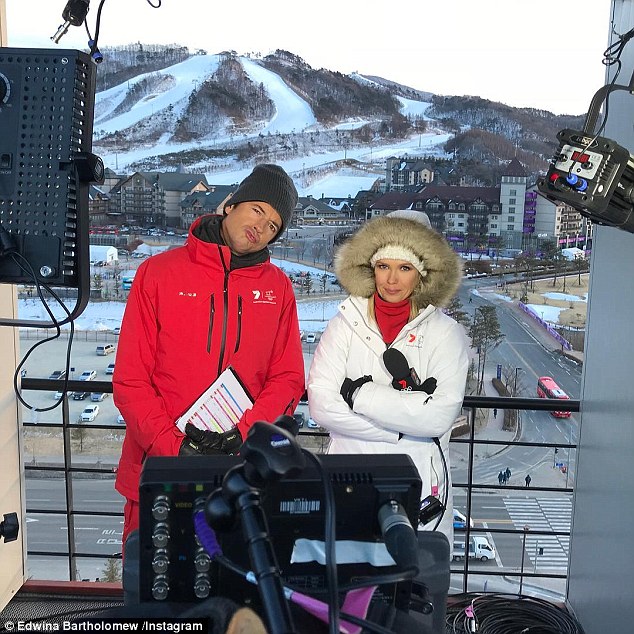 Icy: The weather in  Pyeongchang may have been cold for Hamish and Edwina, but it was nothing compared to the frosty reception they received after Australian Spartan’s debut

‘I’m totally addicted despite Hamish and Edwina being horrific commentators and hosts’: Despite criticising the hosts, Australian Spartan managed to leave this viewer wanting more

Another viewer, who was perhaps less than impressed by Hamish’s presenting skills during the Winter Olympics, posted on Twitter: ‘Turn Australian Spartan on. Realise Hamish McLachlan is hosting. Turn straight off.’

But despite criticism of the commentary team, many still stuck around to watch the show, which appeared to garner mixed reviews from the public.

‘I hate it, it’s awful but I’m totally addicted despite Hamish and Edwina being horrific commentators and hosts for it,’ one viewer wrote. 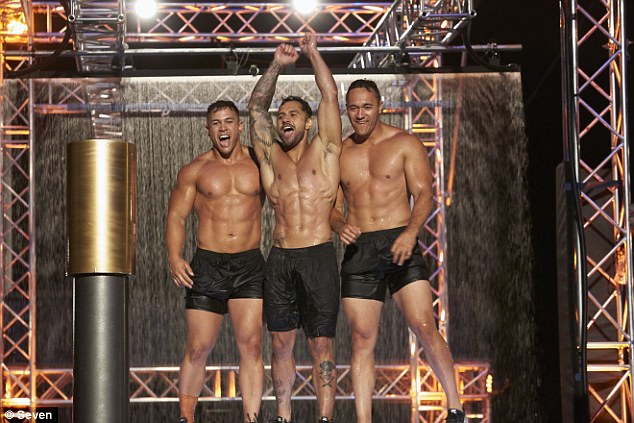 ‘Sucks, but the muscles are hot’: Several viewers were impressed by the stream of super fit competitors who appeared shirtless on the show

Others were impressed by the stream of super fit competitors who appeared shirtless on the show.

One fan in particular praised the ‘eye candy’, while another tweeted: ‘Sucks, but the muscles are hot!’

A more complimentary tweet described Australian Spartan as ‘the most entertaining thing on television right now.’ 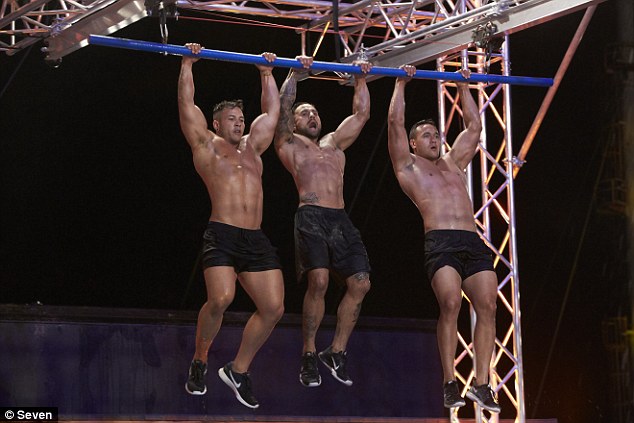 ‘Eye candy’: Channel Seven will be hoping that Edwina and Hamish – as well as the photogenic contestants – can deliver ratings gold to rival Channel Nine’s smash hit Australian Ninja Warrior

‘This is amazing’: This viewer was left extremely satisfied with Sunday’s season premiere