Australian surfer’s Instagram is hijacked by hackers who sent sexually explicit images to her 40,000 followers

A famous surfer has had her Instagram account seized by hackers who flooded her feed with explicit images.

Blaze Angel Roberts, 18, from Sydney, was sent an email, which she believed was from Instagram, asking if she wished to verify her account.

After clicking on the link, her email and account were hijacked by stealthy hackers who locked her out before sharing pornographic images to her followers.

Blaze Angel Roberts from Sydney was sent an email she believed to be from the popular social media site to verify her account which boasts 40,000 followers 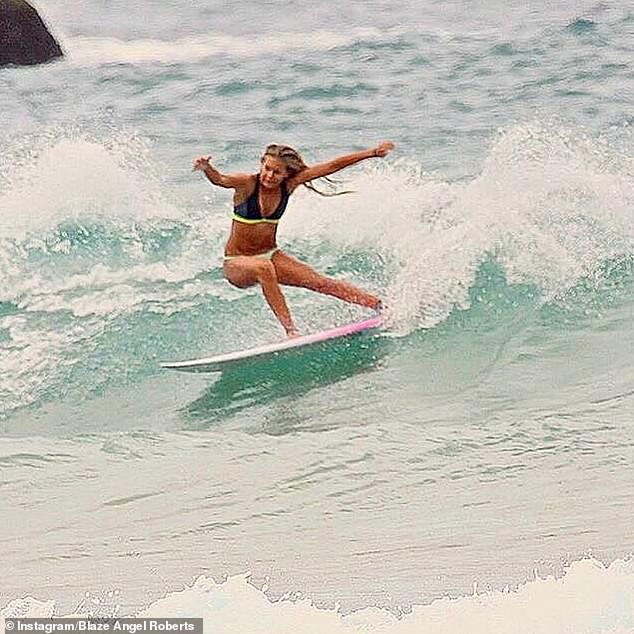 After clicking on the link, the 18-year-old’s email and account was hijacked by stealthy hackers who locked her out and shared pornographic images to her followers

The Instagram influencer, who has more than 40,000 followers, was eventually able to regain access to her email and was horrified to see the x-rated images in her sent box.

Under Instagram’s policy, in order to prove your identity, the owner of the account must send a photo of themselves with a code they were provided.

Ms Roberts was following the instructions but had noticed the hackers, a bearded man and a blonde woman, were also doing the same thing.

She believes the hackers are from Turkey as the emails she was receiving were in Turkish.

She created a new account and was able to claim her old username which is currently sitting at 5,023 followers.

‘NEW ACCOUNT SINCE I WAS HACKED AT 40 000 FOLLOWERS,’ her new biography read.

‘NEW ACCOUNT SINCE I WAS HACKED AT 40 000 FOLLOWERS,’ her new biography read 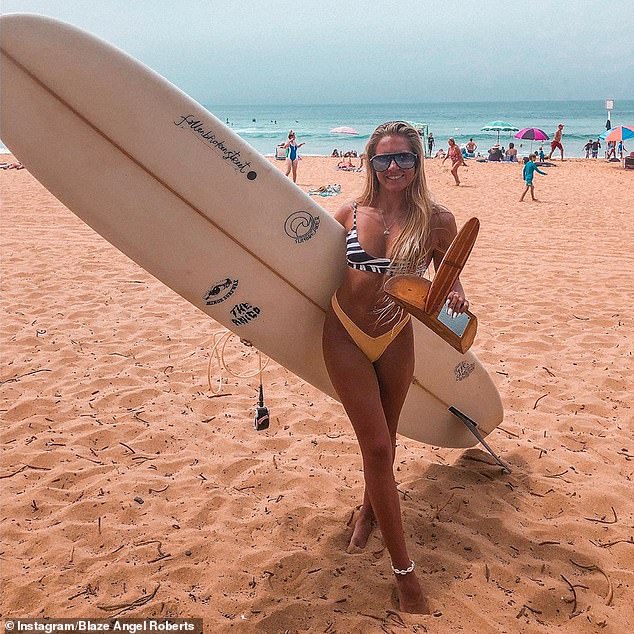 Despite starting fresh, Ms Roberts is unsure of what other information the hackers may have access to

Despite starting fresh, Ms Roberts is unsure of what other information the hackers may have access to.

‘As an adult this is definitely scary to me, so I couldn’t imagine a child going through this.’

Technology expert Trevor Long said three main reasons why popular social media users are targeted by hackers include them asking for a ransom to get the account back, to scam followers, or to send follower to other sites.