Australian waiters, actors and lawyers forced to move back in with parents during COVID-19 pandemic

Struggling millennials who have been forced to quit their jobs, move back in with their parents or drastically scale back their lifestyles have emerged as the face of the COVID-19 unemployment pandemic.

Prime Minister Scott Morrison has warned unemployment could reach 10 per cent by the end of the year as the country takes into account the added blow of Victoria’s second lockdown.

And 46 per cent of young Australians have been left financially worse-off because of the crisis – and more than a third of them are too embarrassed to tell their friends, according to research by bill-sharing service Groupee.

Five millennial Australians from across the professional world have told Daily Mail Australia how they are struggling to make ends meet as large parts of the economy are shut down in 2020.

‘I am a social media marketer with my own company. I work in content creation & social media management for events but due to COVID all of my ongoing and planned work fell through,’ Alex Cuthill said.

‘I work in content creation & social media management for events but due to COVID all of my ongoing and planned work fell through. I lost five clients in the space of a few weeks.’

She said she pivoted though and found enough work to keep her going during the pandemic – although she admits the future is uncertain. 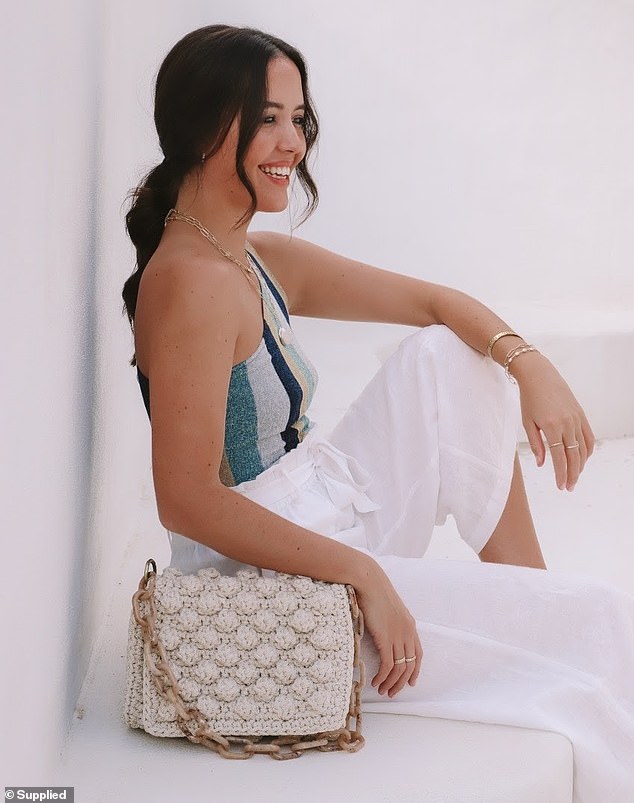 ‘Due to COVID all of my ongoing and planned work fell through,’ Ms Cuthill – who arranges social media marketing for events – said

‘I really am conscious of every dollar spent when I go out,’ she said. ‘Most of the time I choose not to just because I’d rather have financial security over a good five hours on a night out.’

Pip Wolfe said her working life looked like it was on the way up until the coronavirus pandemic struck in March.

‘Before all the chaos I was trying to get a job wherever on the south coast. It was getting tired handing out so many resumes,’ she said. 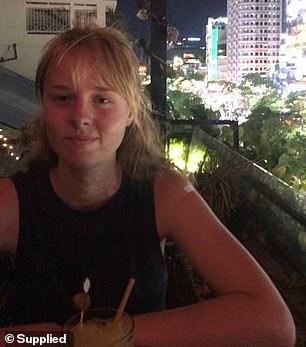 ‘I finally got a job at a restaurant but after my first shift as a waitress I was let off due to COVID-19.

‘My main source of income is student allowance and it seems fine now due to the supplements but I am worried when it is reduced that I will not be able to pay for my bills.’

Ms Wolfe said she is trying hard to limit her expenditure to hold onto her savings for a rainy day.

Nelson Scott said his career too was providing him with a comfortable lifestyle until the pandemic struck.

‘Like most creatives I was involved in multiple projects all at the same time,’ he said.

‘I was able to comfortably move out of home, go out and see friends and keep up with bills.’

Before social distancing restrictions came into place Mr Scott said he was appearing on US TV shows and getting calls for lucrative theatre auditions, but has since seen work dry up.

‘Acting jobs were limited to advertisement gigs that of course every other actor in Sydney was auditioning for,’ he said. 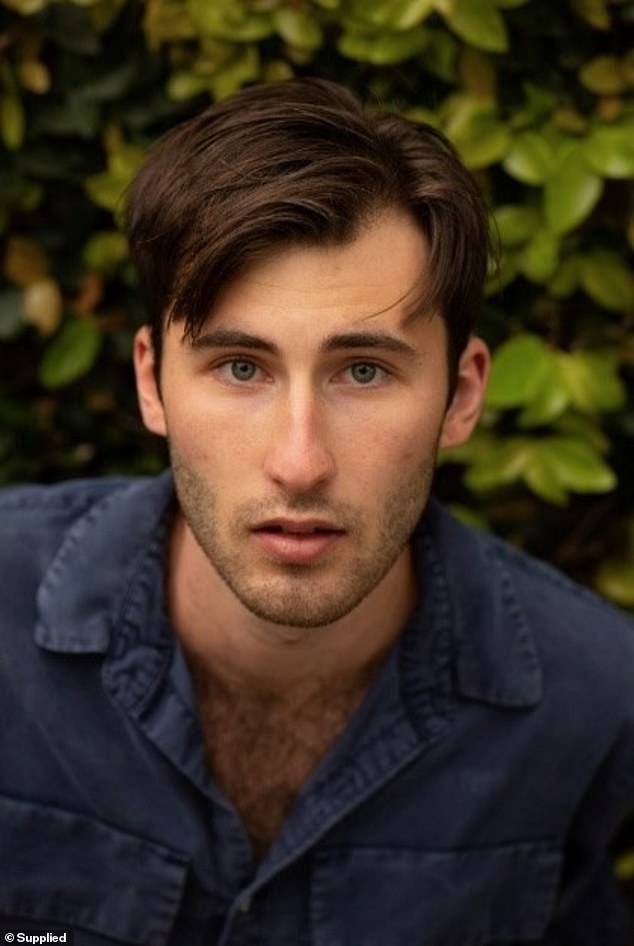 ‘Luckily I was approved for JobSeeker and found work two days a week delivering government notices around Sydney. I have had to move back home to my mum’s place.

‘Going out these days is a hassle. I can’t afford Ubers, I’m a stickler for the cheapest happy hour and don’t like my friends buying me things.’

Nick Wilson moved to Mexico on a one-way ticket last year after quitting his job in November.

He said he came back to Australia hoping to get back into the paralegal industry but found full-time work was incredibly hard to come by.

‘I came back to lockdown and the job market in my profession was non-existent unless you knew someone or agreed to not be paid for 35+ hours a week of work,’ he said. 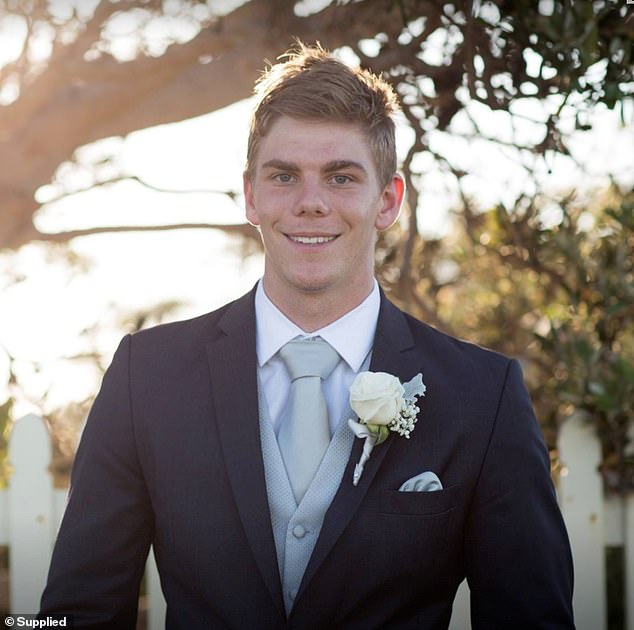 ‘I can’t get JobKeeper and I am ineligible for JobSeeker as I’m under 22 and my parents’ income is taken into account.’

He said he doesn’t go out anymore and prefers to stay at home ‘eating tuna and beans’.

Hamish McPhie, 24, was working full-time in a Sydney cafe prior to the pandemic and studying full-time at university.

But when the ban on cafes, restaurants and bars announced by Prime Minister Scott Morrison came into place in March, Mr McPhie lost his job.

He moved back in with his parents in Armidale in northern New South Wales for four months before moving back to Sydney when he sorted out his finances. 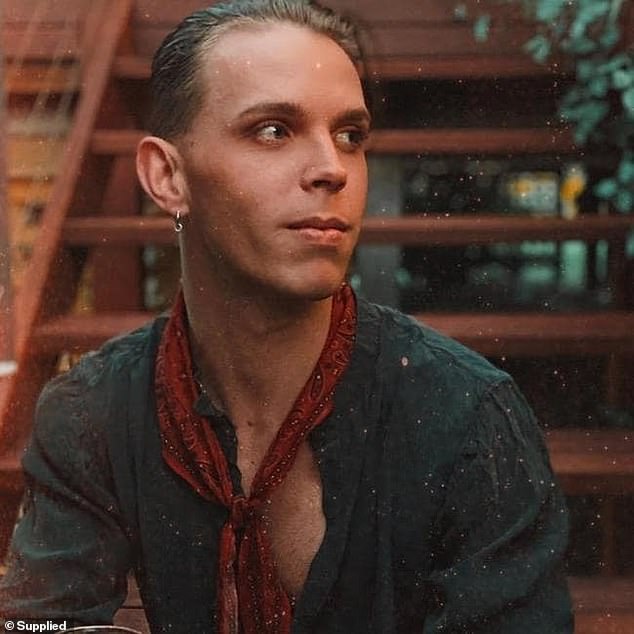 He said he now does cheaper activities with his friends including TV nights and cooking.

The former barista said he didn’t disclose his financial situation to his friends, but is now being more open about it.

He argued his friends need to understand there is no shame if your employment situation has changed and you can no longer afford the things you used to do.