The Reserve Bank of Australia could hike the cash interest rate on Tuesday for the first time in 12 years after inflation in March surged to a 21-year high of 5.1 per cent.

A May rate rise would also be the first during an election campaign since November 2007, when former PM John Howard lost power.

Mr Morrison, who will start the day campaigning in Melbourne, said voters will back the party they believe are better economic managers.

‘They know there are (inflation) pressures that are coming from outside of Australia on interest rates,’ he said on Monday.

Asked if rising rates could damage the coalition’s chances at the federal election on May 21, Mr Morrison accused journalists of looking through a ‘totally political lens’.

‘Australians are focused on what they are paying for and who they think is going to be best able to manage an economy and manage the finances, so they are in the best possible position to realise their aspirations.’

Finance Minister Simon Birmingham has also played down the potential political damage from a possible rate hike, and said the cash rate was coming off an ‘abnormally low’ base of 0.1 per cent.

‘I don’t think that Australians expected interest rates to stay at historically low 0.1 per cent levels forever,’ he told the Nine Network on Tuesday.

‘In fact, that is no doubt why so many Australians chose to lock in fixed rates.’

Mr Birmingham stressed the upward pressure on interest rates was ‘overwhelmingly being driven at least by international factors’, rather than government policy.

‘It’s important that they [the RBA] apply the monetary policy settings in an independent way and in a way that acts in concert with what we’ve been doing in relation to fiscal policy,’ he said. 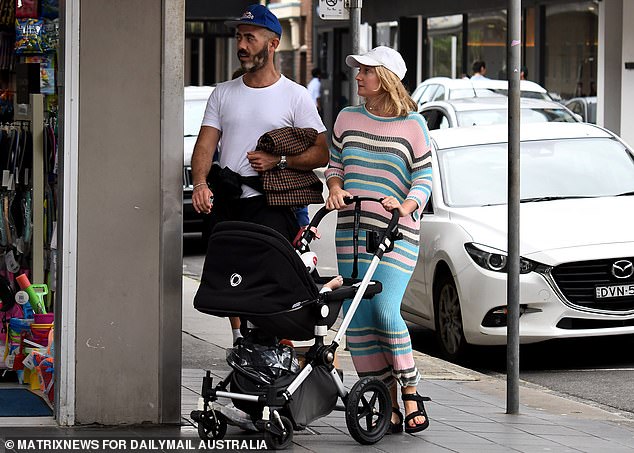 But some economists think the RBA may not act until next month.

Opposition Treasury spokesman Jim Chalmers said Australians were facing a ‘full-blown cost of living crisis and Scott Morrison and Josh Frydenberg haven’t got a plan beyond the election’.

‘Scott Morrison’s failures have dealt Australians a triple whammy of skyrocketing costs of living, falling real wages, and now interest rate rises either this week or next month,’ he said.

‘When things are going well in the economy Scott Morrison takes all the credit, but when Australians are doing it tough he takes none of the responsibility.’

Meanwhile, Seven Network has secured the third and final leaders’ debate, which will be broadcast on May 11 and moderated by the channel’s political editor Mark Riley.

Mr Morrison and Mr Albanese will square off at the second election debate on the Nine Network on Sunday.