Australia should brace itself for a horror budget, akin to a Stephen King thriller, with leading economist Chris Richardson predicting a $47 billion blowout.

While the Prime Minister has attempted to play down the Budget, promising that it will be a ‘dull’ affair, Mr Richardson believes it will be anything but.

In fact, the Deloitte Access Economics analyst has described his own forecast for the 2015/16 budget deficit as a cross between a horror story written by famous American author Stephen King and The Scream, an iconic piece of art by Norwegian expressionist Edvard Munch.

The Prime Minister has forecast a ‘dull’ affair when the government brings down its budget. But Mr Abbott should be bracing himself for a ‘horror story’ according to leading economist Chris Richardson 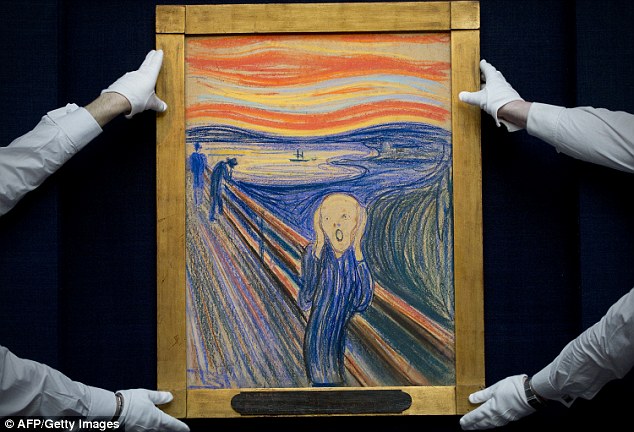 ‘The Scream” by Norwegian artist Edvard Munch. Economic analyst Chris Richardson says this will be the likely reaction of Australians to the $47 billion budget blowout he predicts for the country 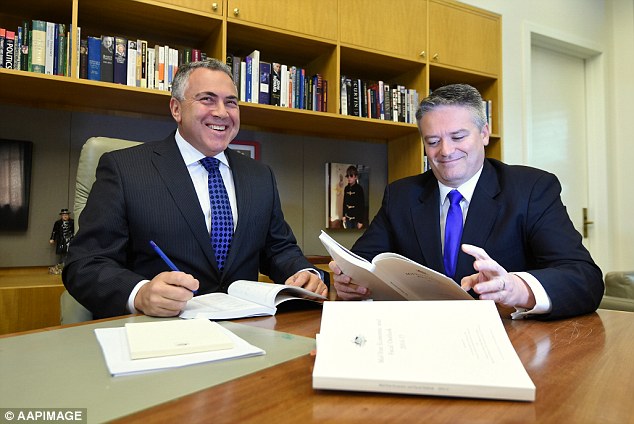 The treasurer Joe Hockey (left) with Finance Minister Mathias Cormann. Mr Hockey said his May 12 budget will be ‘responsible and fair’. Leading economist Chris Richardson claims it will be no laughing matter, comparing it to ‘a horror story’ 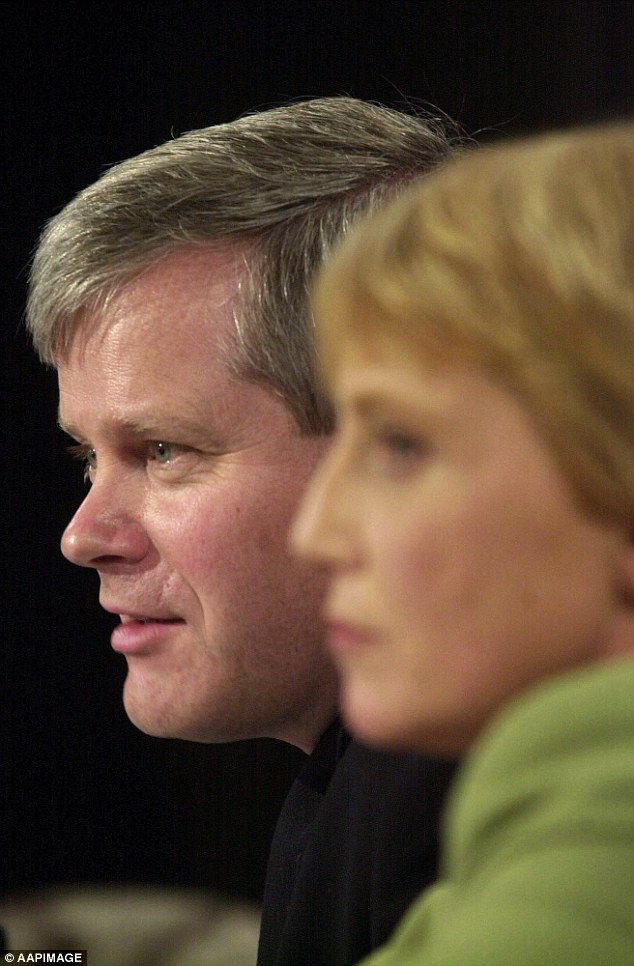 ‘The political system is not rising to the challenges’ said Chris Richardson of Deloitte Access Economics. He has painted a bleak picture of Australia’s budget forecasts, comparing them to ‘a cross between a Stephen King horror story and The Scream’

While a sharp drop in the iron ore price has been the focus of an expected revenue downgrade, low income tax through slow wage growth will ‘tear a new hole in the heart of the budget’, Mr Richardson said in his budget monitor released on Monday.

This would be a massive $14.1 billion deterioration in the deficit forecast in the mid-year budget review released in December.

For this financial year (2014/15), Mr Richardson is predicting a budget deficit of $45.9 billion, also $5.5 billion worse than previously forecast.

All up, Mr Richardson is forecasting a whopping $47 billion blow-out in the budget estimates to 2017/18.

Treasurer Joe Hockey’s May 12 budget will also include forecasts for 2018/19.

‘We still see deficits as far as the eye can see, with the repair task getting harder both because of economics – commodity prices and wages – and because of politics,” he says.

‘If Australia’s politicians can’t craft some compromises, then better budgets will be even further away.’

Mr Richardson says the budget problems started a number of years ago when the impact of China’s demand for resources was strong.

‘The dumbness of what we were doing was buried under a comforting layer of surpluses,’ Mr Richardson added.

He points to the permanent promises that have built up over the past decade, including family payments and baby bonuses, compensation for carbon and mining taxes, as well as a series of personal tax cuts. 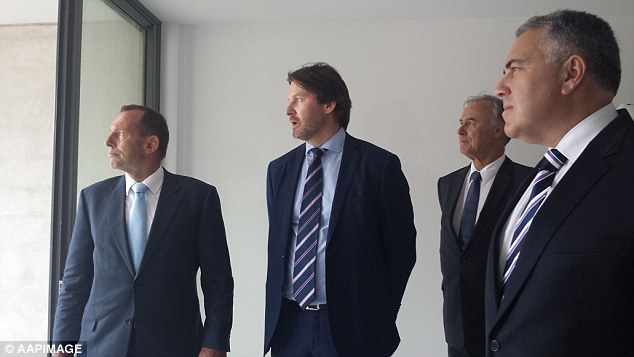 Looking forward. The Australian government, including Prime Minister Abbott (left) and treasurer Joe Hockey (right) will be battling a $47 billion budget blowout, one of the country’s most respected economic analysts believs 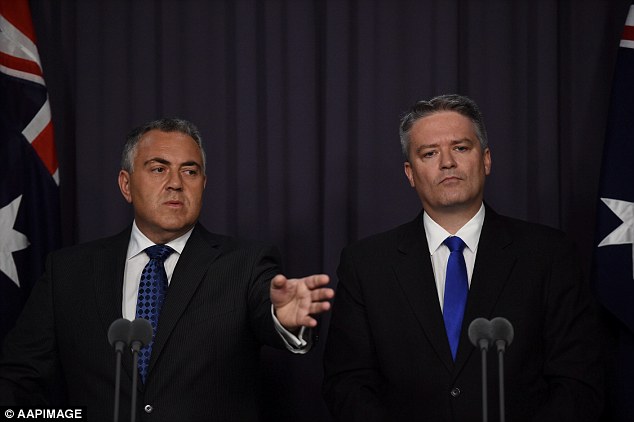 If the predictions by Deloitte Access Economics guru Chris Richardson are anything to go by, Treasurer Joe Hockey (left) and Finance Minister Mathias Cormann (right) are in for a testing month of May

‘If it doesn’t go quite to plan and they have a tough year, that hurts the Australian economy and the Australian budget, we had a great boom but that has come and gone,’ he said.

‘The China slowdown is big in Australian budget terms.

‘Thee government has taken a bunch of decisions, a bunch of things haven’t gotten through parliament .. the political system is not rising to those challenges.’

Meantime, the federal government has announced it will not extend a levy on top earners even though its budget is being hit by revenue write-downs.

Assistant Treasurer Josh Frydenberg says the government will stick to its promise last year that the two per cent deficit levy on people earning more than $180,000 annually will only last for three years.

‘There’s no plans to expand or to extend that temporary budget deficit levy,’ he told Sky News on Monday.

Despite the bleak forecast by the experts, Tony Abbott says his government’s second budget will make people ‘optimistic and confident’.

When he announcing $840 million in pre-school funding as part of the May 12 budget, the prime minister said his government is on the path to fixing the economy that was damaged by six years of Labor government.

‘Our country is coming back. Our economy is strengthening and I think people will be more confident and optimistic on budget night.’

There has been speculation the PM would use the family package element of the Budget as a platform to call an early election but Mr Abbott insists he plans to see out his term.

He has rejected speculation of a possible post-budget double dissolution election, and says his only focus now is the budget, along with jobs, growth and opportunity.

‘It is my firm intention to deliver on the mandate that the public gave us and when the public elected us, they expected us to govern for three years and that is absolutely what we intend to do,’ Mr Abbott said.