Australia’s beaches are littered with one main toxic substance – so how do we fix it?

The overwhelming amount of rubbish on Australian beaches is plastic.

A UNSW-led study based on one of the largest marine debris databases in the Southern Hemisphere found plastic comprises 84 per cent of all rubbish littering Australian beaches.

More than 2000 organisations and 150,000 citizen scientists participated in the Australian Marine Debris Initiative by collecting and sorting marine debris for the Tangaroa Blue Foundation, which is dedicated to the removal and prevention of marine debris.

A new study has revealed 84 per cent of all rubbish littering Australian beaches is plastic (pictured, Port Botany shoreline)

The study analysed 10 years of the AMDI database to create a national map of patterns in marine debris.

It found that almost half of all debris was from litter dumped on land and seven per cent from dumping at sea.

But 42 per cent of debris could not be identified due to the debris breaking down into smaller fragments, which the researchers say highlights the legacy of plastic fragmenting into smaller pieces until it becomes microplastics.

The findings have been published in Science of The Total Environment. 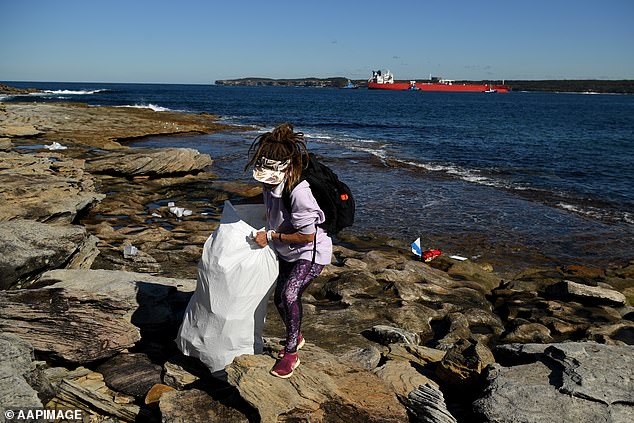 The UNSW-led study used a marine database with 10 years of data to create a national map of debris patterns on Australian shorelines (pictured, Port Botany)

For the database, the Tangaroa Blue Foundation developed a method of categorising and counting all the rubbish collected by a range of citizen scientists and partner organisations, from families to government campaigns.

The database now has almost 20 million entries, but the UNSW study focused on the 10-year period from when the database registered beach clean-ups at a national level.

The database showed there was a very different marine debris in different regions. 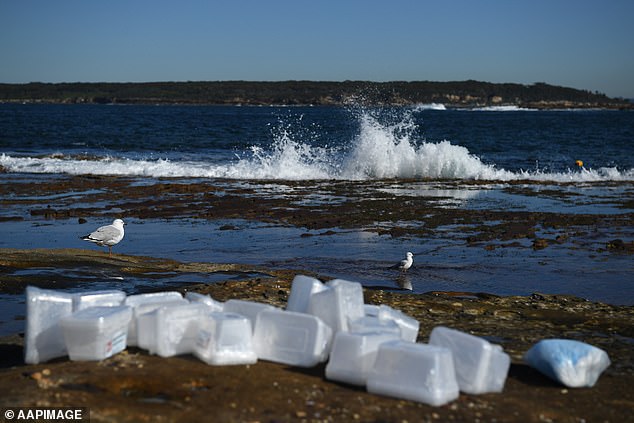 The study found that almost half of debris was from litter dumped on land and seven per cent from dumping at sea (pictured, Port Botany)

The study found about 40 per cent of all marine debris across Australia was from littering, particularly near capital cities where a lot of plastic ends up on the beach from stormwater drains.

‘We need to be really targeted and strategic in what changes are put in place to mitigate marine debris and we need to measure and monitor to make sure we are actually solving the problem, that’s where the data is going to be so critical moving forward,’ Ms Tait said