Australian restaurants and bars are doing their best to ‘scare’ their customers with some terrifyingly delicious Halloween-themed treats and tipples.

While there’ll be ghosts, ghouls and  goblins roaming the streets trick or treating, those wanting to partake in a slightly more civilised way can enjoy an array of horror-inspired dishes and drinks.

Here, FEMAIL looks at some of the more creepy creations on offer as Australians prepare for some scares ahead of the most frightening night of the year.

Australian bars and restaurants are going all out to create some of the most creepy concoctions this Halloween. “Frankencute” (pictured) from  Sydney’s Zumbo Patissiere is one 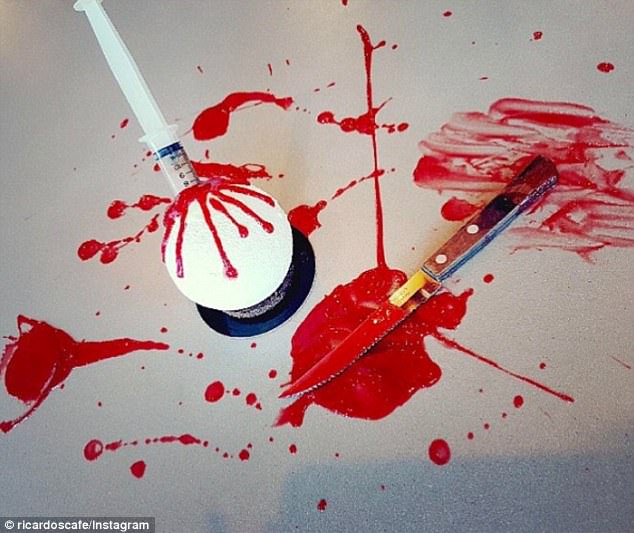 As Stranger Things season two fever takes over the world BL Burgers has stepped up and created a burger special that’s out of this world.

In addition to two Southern fried chicken fillets, there’s it comes with bacon, Eggos waffles, maple syrup and is served on an appropriately named upside down milk burger bun.

Sydney cafe Bar Luca has also unveils a special burger in honour of the scariest night of nights.

This beauty, aptly named the “Hellaweiner” comes with a beef pattie, pickled chilies, wieners (franks) and of course its dripping in chilli liquid cheese. 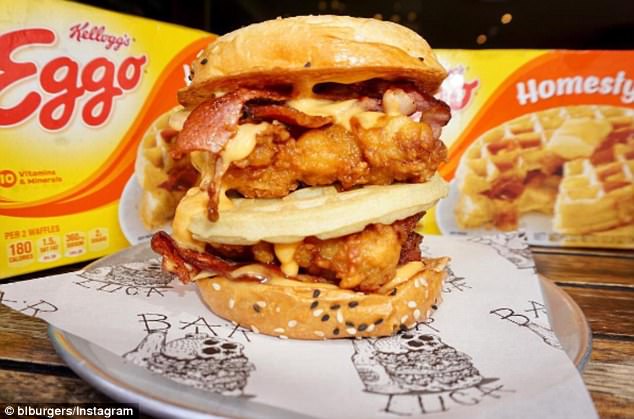 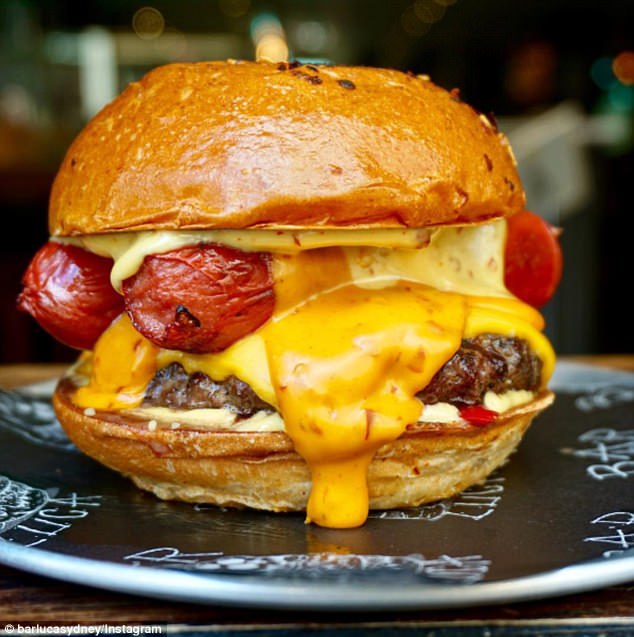 Sweet treats don’t come much more decadent that this black chocolate pancake stack created by South Side Tearoom in Queensland.

In keeping with a national obsession for all things killer related, Canberra’s Ricardo’s Cafe has created one of the more ‘bloodier’ desserts on offer. 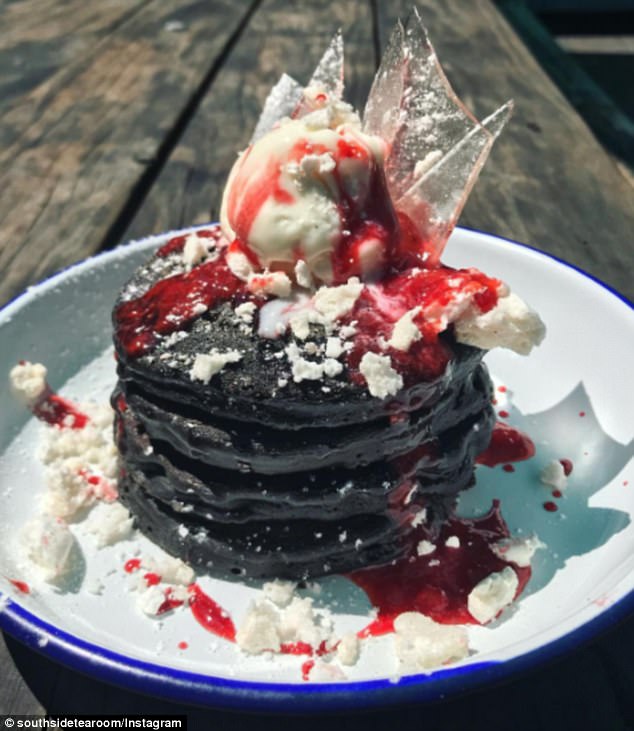 It’s ‘cereal killer’ creation comes with dripping red raspberry ‘blood’ and a large syringe filled with chocolate. Guaranteed to bring a smile of delight to anyone brave enough to indulge.

When it comes to cuteness, it’s unlikely anyone will be able to go past a quirky creation by Sydney’s Zumbo Patissiere called “Frankencute”.

This creepy cutie is a concoction of liquid raspberry lime and mint gel, vanilla creme chantilly. And he comes ‘nailed’ to a vanilla sponge and is coated in condensed milk. Frighteningly amazing! 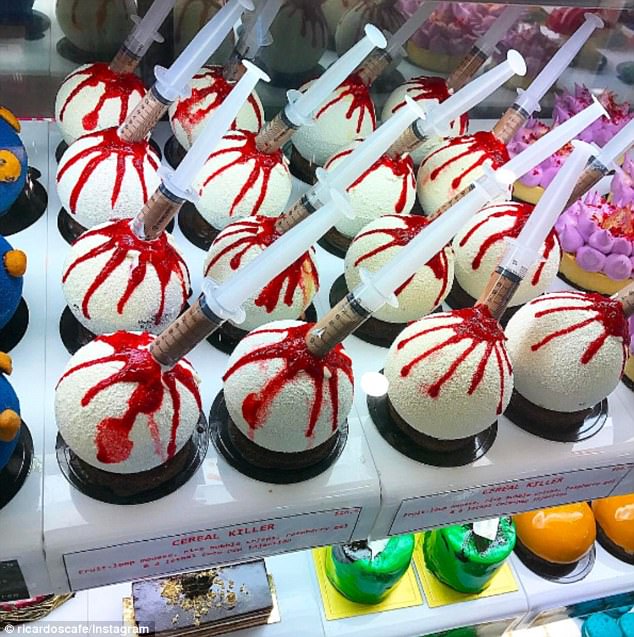 While a meal might be too much, especially if you plan on prowling the streets, a little sugary sustenance is likely to go along way.

These monster-faced donuts, courtesy of The Dougnut Bar, are every trick or treaters dream. The range includes oreo spiders, green ghouls and other crazy creations.

Donut Time also nods at Stranger Things 2.0 with it’s inspired Stranger Rings donut cocoction. If lashings of chocolate doesn’t appeal, the donut specialists also have  a Pennywise creation on offer, ahead of this year’s horror phenomenon. 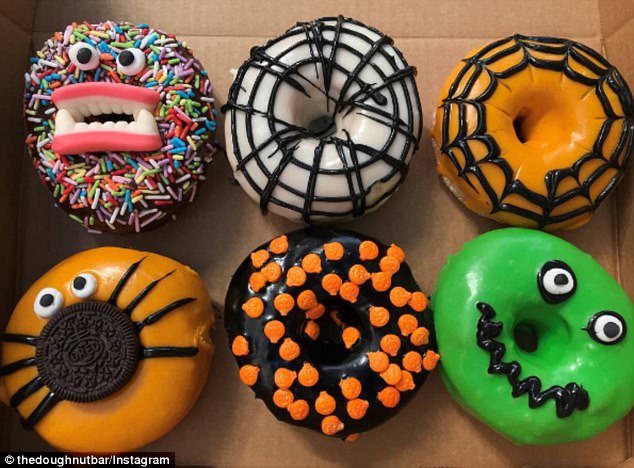 Monster-faced donuts by The Doughnut Bar 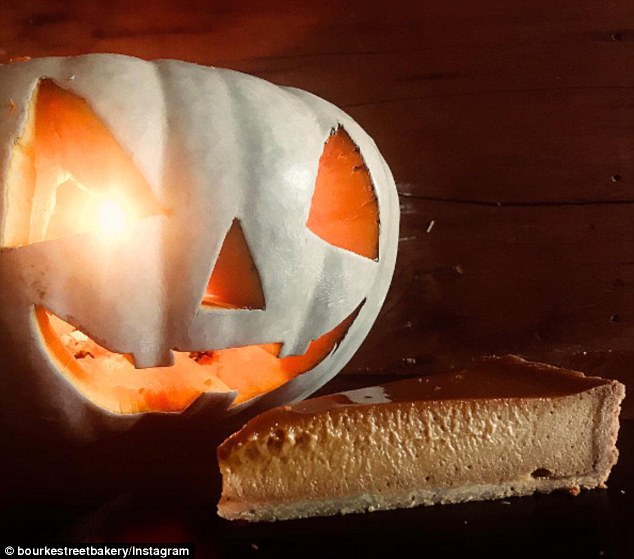 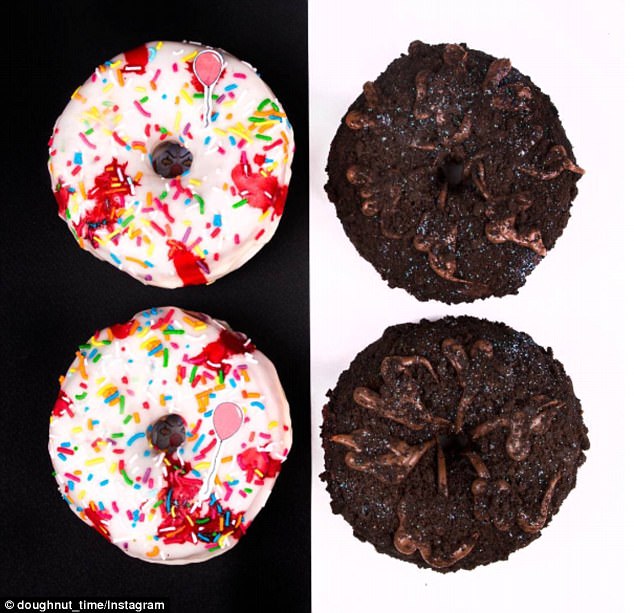 Sydney’s Bourke Street Bakery has also got into the spirit and is serving a spiced pumpkin tart for its Halloween offering.

The artisanal bakery makes all their goods by hand, and it’s as likely this special treat will be as delicious as the rest of their baked treats.

Gin Lane Sydney has created a sophisticated, although scary, cocktail in honour of the night where the dead are said to roam. 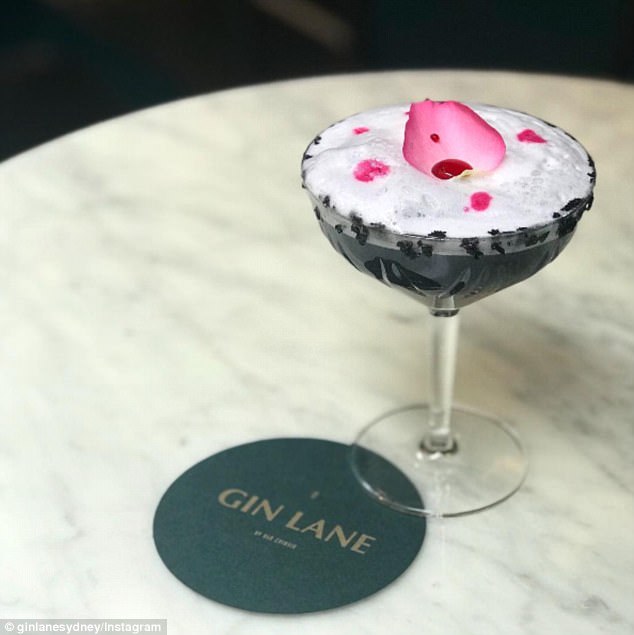 Gin Lane Sydney has created a sophisticated, although scary, cocktail in honour of the night where the dead are said to roam

In keeping with the night’s theme, the boutique bar also has another offering for those wanting something a bit more ‘spirited’.

Their special ‘Vampire Punch’ fishbowl is a mix of gin, Campari, pink grapefruit, orange juice, activated charcoal and topped with soda and lemonade.

Served with swirls of dry ice, this cocktail is perfect for Halloween. 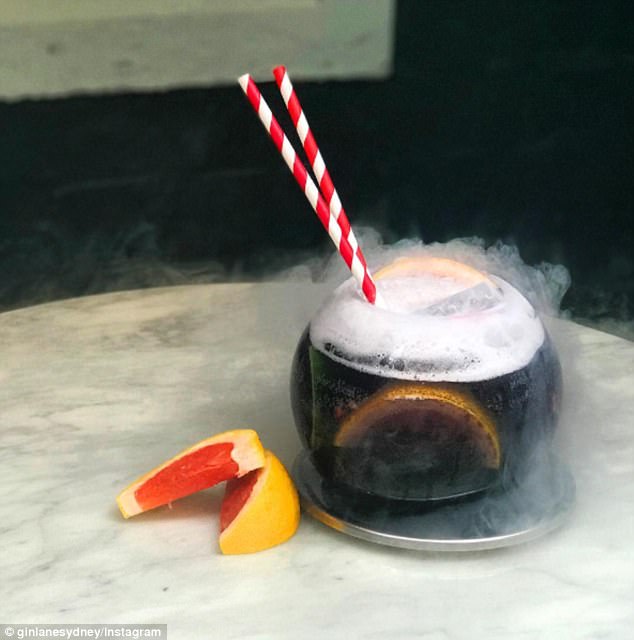 Other bars getting in on the act include The Norfolk Hotel in Sydney’s Surry Hills.

And at just $10, the cocktail comes in as one that’s likely to offer the best bang for your Halloween buck. 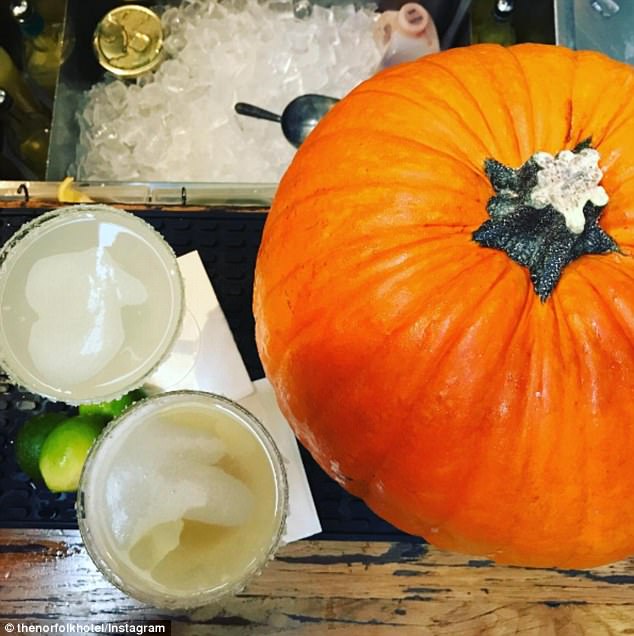