Gnowangerup has been crowned the booziest town in Australia, with one-third of its adult residents necking two or more alcoholic drinks every day.

An astonishing 30 per cent of people in the Western Australian town drink that amount daily, which is almost double the national rate, according to Australian Bureau of Statistics data analysed by Daily Mail Australia.

One in six Australian adults – 16 per cent – hit or exceed two alcoholic beverages a day, exceeding the risk guideline.

The lifetime guideline from the National Health and Medical Research Council said that healthy men and women should ‘drink no more than two standard drinks on any day’.

It explained doing so reduces the ‘lifetime risk of harm from alcohol-related disease or injury’.

Men were more than twice as likely to exceed the lifetime guideline as women, with 23.7 per cent doing so nationally compared to 8.8 per cent of women.

And while an area’s obesity level is usually linked to levels of poverty, the same can’t be said of towns where residents have too much to drink.

Instead, unhealthy drinking levels are found in areas with high numbers of farmers, fishermen and lumberjacks.

They also tend to have very low unemployment rates.

Unlike obesity rates, a person’s drinking habits are not linked to their economic status, according to the data from the Australian Bureau of Statistics.

Instead, they are more often linked to the kind of jobs people do in the town – with farmers and fisherman more likely to hit the bottle.

A third of people living in the Western Australian town of Gnowangerup drink more than two alcoholic drinks every day.

But the small area, 340km south-east of Perth, boasts an unusually low unemployment rate of just 2.3 per cent.

This is far below the Australian average of 6.9 per cent.

An incredible 51.7 per cent of residents work in the agriculture, forestry or fishing industry. 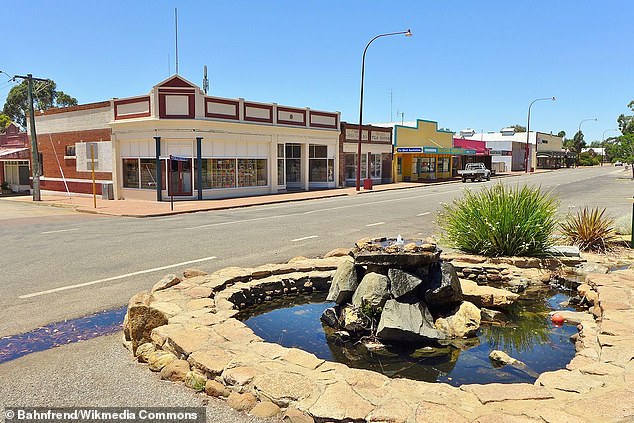 Next up is the Western Australian town of Brookton – 138km south-east of Perth – with 29.2 per cent of people drinking heavily every day.

Similarly, it also has an unemployment rate lower than the national rate at just 6.8 per cent – but just 6 per cent of people have a bachelor’s degree.

Its income is also relatively healthy, with residents getting $45,186 on average, but below the national figure.

A huge 38 per cent of its residents work in agriculture, forestry or fishing, while the next biggest employer is the construction industry. 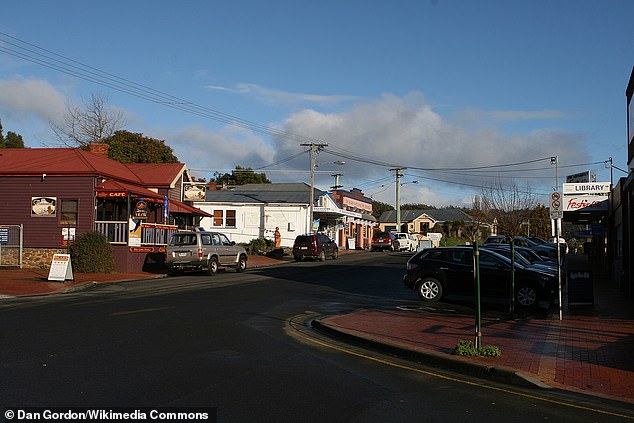 62 km south-west of Hobart, the Tasmanian town of Geeveston (pictured_ suffers wages that are significantly lower than the Australia average

The Tasmanian town of Geeveston is third on the list of big boozers, with 29.2 per cent of people regularly drinking more than the recommended level.

It has a slightly higher unemployment rate than the national average at 8.2 per cent.

Geeveston suffers wages significantly lower than those enjoyed across Australia, with incomes sitting at just $37,000.

Again the biggest employer is agriculture, forestry and fishing, with 27.7 per cent of adults working in the industry.

Construction is the area’s next biggest employer. 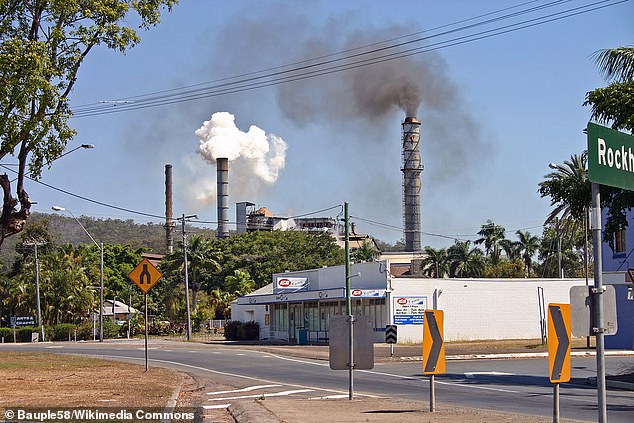 Sitting south of Mackay on the Queensland coast, the town – unlike other boozy areas – has most residents working in the mining industry, not farming.

29.1 per cent of its residents drink excessively, but it also enjoys relatively high wages of $52,241.

But it does have more farming and agriculture-based businesses than any other industry. 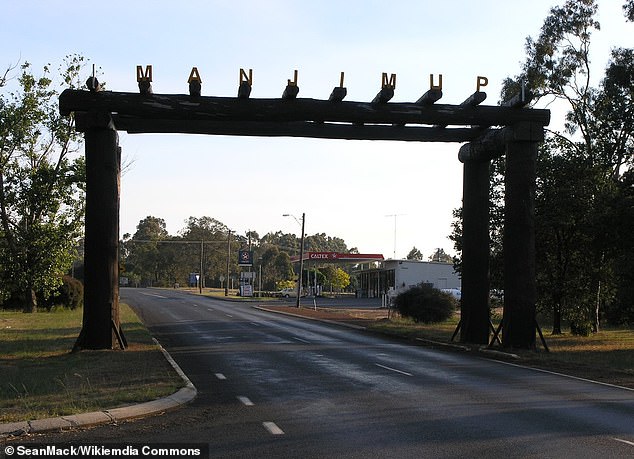 Manjimup in Western Australia (pictured) has an unhealthy drinking rate of 28.9 per cent

Like other booze towns, in Manjimup – 307km south of Perth – 16.3 per cent of people working in agriculture.

It has an unhealthy drinking rate of 28.9 per cent.

Its unemployment rate is just 5 per cent, and wages are a relatively healthy $42,528.

The next biggest industry is construction. 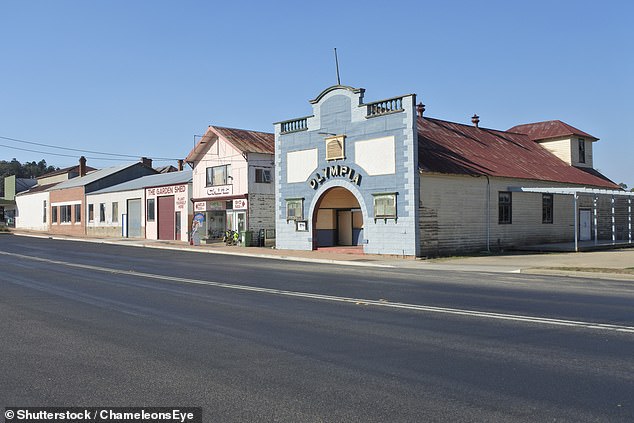 Bombala in New South Wales (pictured), near the Victorian border, is a big agricultural area

The south-eastern NSW town sits 485km south of Sydney, and 80km south of Cooma, and has a heavy drinking rate of 28.7 per cent.

Sitting near the Victorian border, it also has a good average income of $47,525, only slightly below the national level.

Its unemployment levels are also low at 4.5 per cent.

Again, its main industry is agriculture. 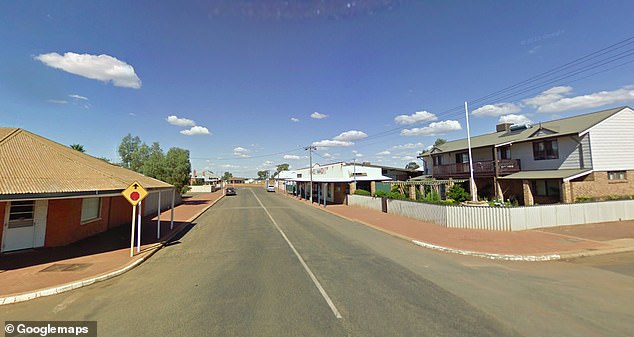 The small town of Kulin in Western Australia (pictured) has a huge farming population, namely growing wheat and barley

A town in the Eastern Wheatbelt region of Western Australia, Kulin is 280km from Perth and 28.2 per cent of its residents drink too much.

It is one of the most agriculturally productive districts in the Wheatbelt, with wheat being the major crop grown followed by barley.

48.3 per cent of people there work in farming, with an unemployment rate of just 2.8 per cent. 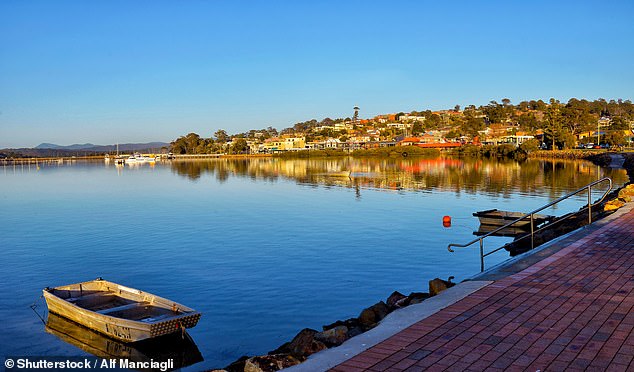 In Merimbula, a coastal town in southern NSW, 28.1 per cent of people have more than two alcoholic drinks every day.

It has a large lake, meaning a number of fisherman, but its position on the east coast means its biggest employer is hotels and restaurants.

Again, its unemployment rate is low at just 4.6 per cent. 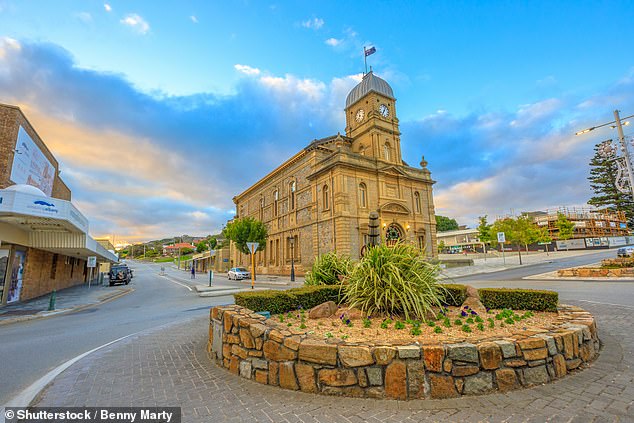 Albany in Western Australia (pictured) is celebrated for it stunning beaches. 28.1 per cent of people who live their regularly drink excessively

A city at the southern tip of Western Australia, Albany is known for its beaches and boozing – with 28.1 per cent of people drinking excessively.

Its main employer is health care and social assistance and has relatively high disability rates of 7.9 per cent compared to 5.1 per cent nationally. 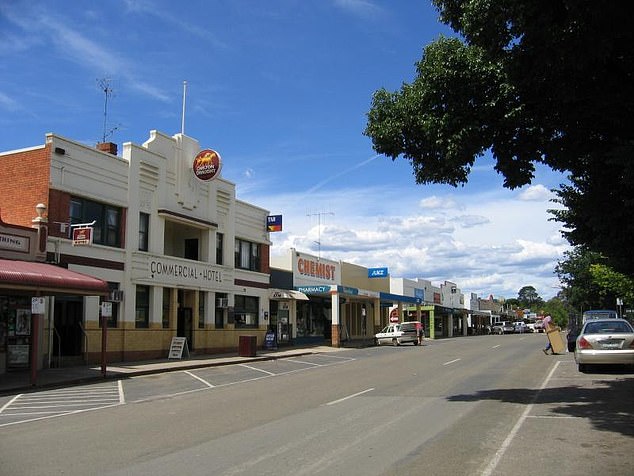 The first Victorian area on the list, Mansfield has heavy drinking rates of 28 per cent.

It is in the foothills of the Victorian Alps, 180km north-east of Melbourne.

A hard-working town, it also has a very low unemployment rate of just 3.4 per cent.

But its main industry hotels and food services.

Meanwhile, the area with the lowest percentage of unhealthy drinkers is the NSW region of Girraween, Westmead, Parramatta and Rosehill.

Just 3.4 per cent of its residence drink more than two alcoholic drinks every day.

Its primary industry is professional, scientific and technical services, with 16.9 per cent of residents working in that sector.

One in ten young adults aged 18-24 years exceeded the lifetime risk guideline, compared with 18.2 per cent of adults aged 35-74 years.

Booziest and driest towns by state