Fast bowler James Pattinson will miss the first test against Pakistan from Thursday after choosing not to contest a charge of breaching Cricket Australia’s code of conduct during a domestic Sheffield Shield match.

Pattinson faced a Level 2 charge of using obscene or abusive language over an incident in a four-day match last week between Victoria and Queensland at the Melbourne Cricket Ground.

As reported by The Australian, Pattinson abused Queensland batsman Cameron Gannon with what was alleged to have been a ‘homophobic slur’ on the second day of the match, but immediately apologized to the player and match officials.

The code of conduct bans the use of ‘language or gesture(s) that is seriously obscene, seriously offensive or of a seriously insulting nature to another player or player support personnel or any other third person during a match.’

‘I made a mistake in the heat of the moment,’ Pattinson said. ‘Straight away I realized I was in the wrong and I apologized immediately, both to the opponent and to the umpires.

‘I’m gutted to miss a test match but the standards are there for a reason and the fault is mine.’ 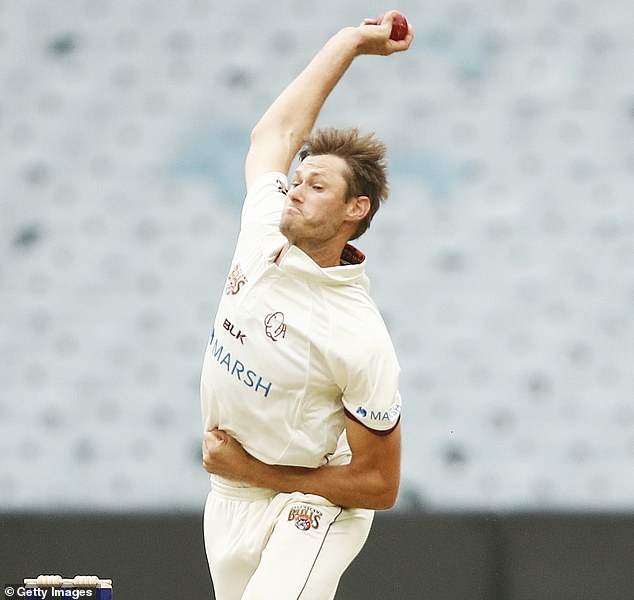 In deciding not to contest the charge, Pattinson effectively pleaded guilty and faced a ban of one test match or two Sheffield Shield matches. He decided to serve the suspension in the upcoming test match at Brisbane in which he was competing with Mitchell Starc for a place in the Australia team.

Pattinson faced two Level 1 charges in March which resulted in a warning and a fine of 100 percent of his match fee. Under the code of conduct three offences within an 18 month period can result in a one-year ban.

Australia captain Tim Paine indicated earlier Sunday he did not expect Pattinson to be cleared in any judicial hearing.

‘I don’t think he is going to be there,’ Paine said. ‘It’s unfortunate, doesn’t sit with our values and he knows and understands that.

‘Missing a test match potentially is a hard thing to deal with but he’ll learn from it and come back from it.

‘James understands he’s let himself down, let the group down and we expect him to bounce back.’

Pattinson’s offense is the second in a week involving a member of the Australia test squad. Former captain Steve Smith was fined 25 percent of his match fee for showing dissent towards umpires during a Sheffield Shield match between New South Wales and Western Australia played last week.

Smith said Sunday he had apologized to his Australian teammates over the incident. 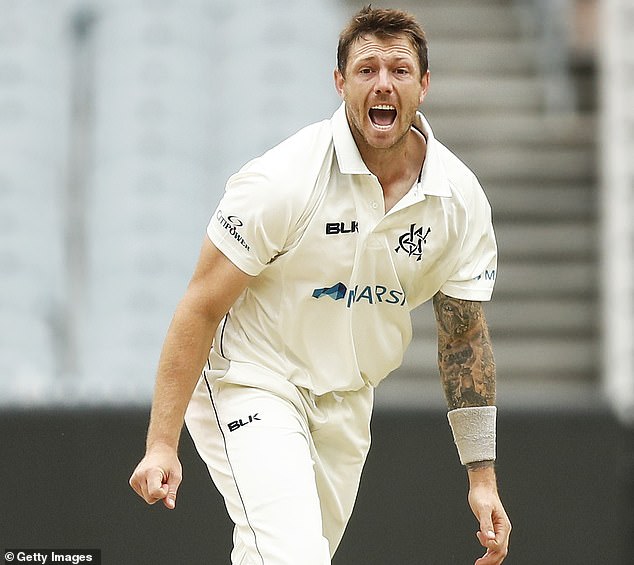 ‘Sometimes your emotions can get the better of you out on the field,’ Smith said. ‘We’re playing a game, everyone is trying to do their best and sometimes that happens.

‘I came in yesterday and apologized to the group for getting a code of conduct.

‘I don’t think there was a great deal in it but I’ve copped it and I have to look at when I get out and the way I sort of conduct myself. I know a lot of kids watch me play and watch all of us play and the way we conduct ourselves when we get out as well as when we’re batting.’

‘Both of those guys (Smith and Pattinson) apologized last night,’ Paine said. ‘They know that they fell a bit short of what we set ourselves as a test team.

‘They’re disappointed with that but we are going to keep on top of it and maintain the level that we’ve set so far in the last couple of years.’