Australia’s oldest carnival family speak about life on the road

A family who have spent decades travelling Australia to run the nation’s biggest carnivals and shows have revealed why they’ll never quit life on the road.

The Bell family, who started working in carnivals 95 years and four generations ago, are now preparing for their next adventure after spending 12 days at the Sydney Royal Easter Show.

The family, who prefer to be called ‘showies’ instead of ‘carnies’ and travel with a troupe of up to 20 other clans, have a long and proud history serving carnivalgoers across the nation.

Elwin Bell Junior, who was born on a showground and met his wife Selina through her circus family, said he couldn’t picture life outside of the flashing lights and tents.

‘My grandfather Roy Bell started his boxing show in 1924, his first show was Culcairn in New South Wales and we haven’t stopped since,’ he told Daily Mail Australia. 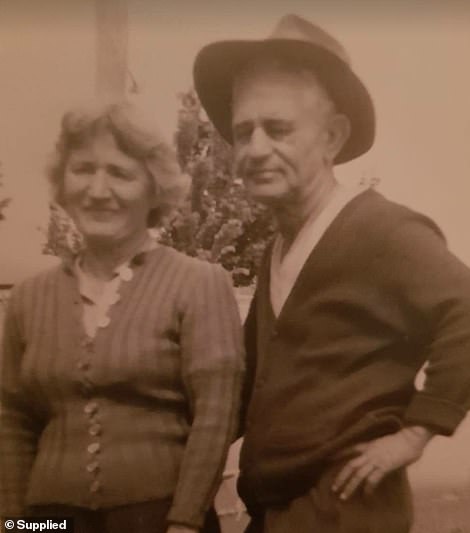 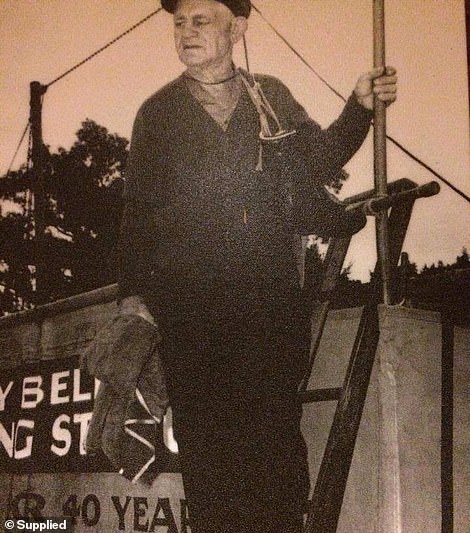 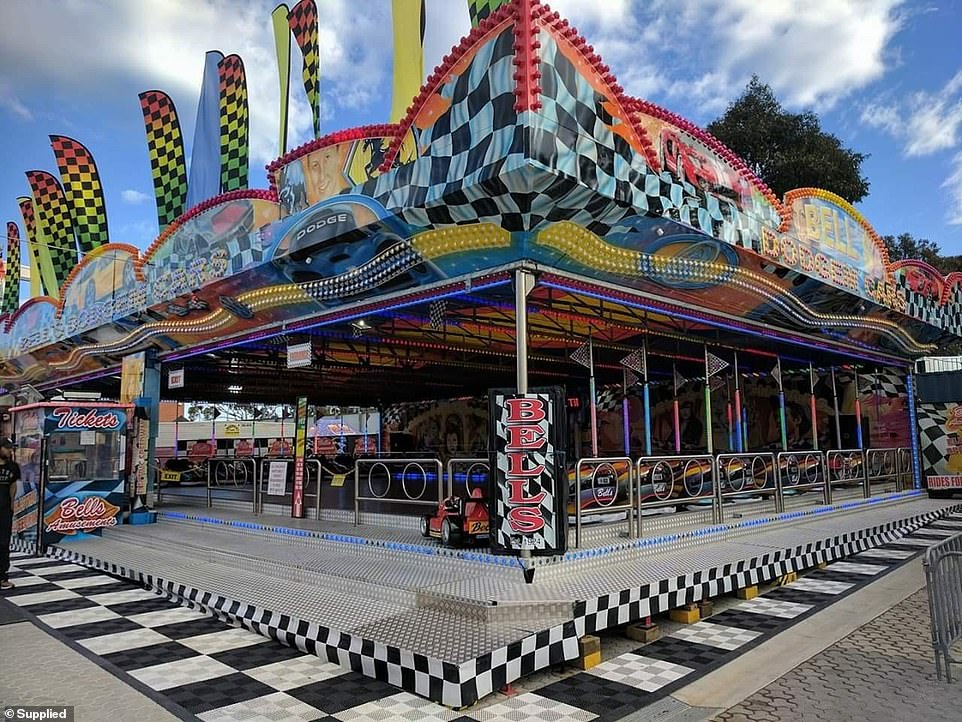 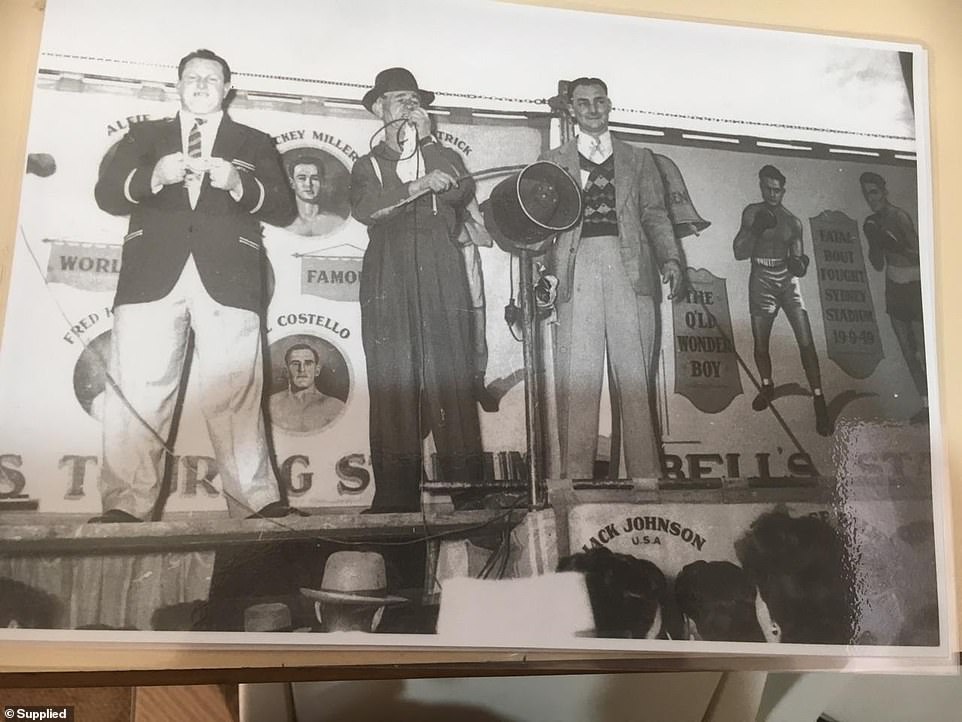 Elwin Bell knew he wanted to carry the family torch, working as a showman after his grandfather started the family business in 1924

‘Five (generations) with my grandkids, that’s on my father’s side but my mother’s side is from the oldest circus family in Australia.’

Mr Bell’s five children – Laney, Leroy, Elle, Roy and Charlie – have followed in the footsteps of their family history and enjoy travelling around the country as show people.

Mr Bell’s eldest daughter is married to another showman and they have their own business and family, joining the travelling pack.

‘You’ve got your whole family with you and plus all the other show community with us. We’re like a big travelling community.’

‘We’re on the road 12 months of the year. We pull up in December and do a Christmas carnival at Batemans Bay on the South Coast for six weeks and then it all starts again,’ he said.

The family have built themselves the perfect home on wheels, which caters for their travels with comfort.

‘Our living situation is much better than most people, we’ve got a mobile home, semi-trailers, they’re bigger than most units in Sydney.’ 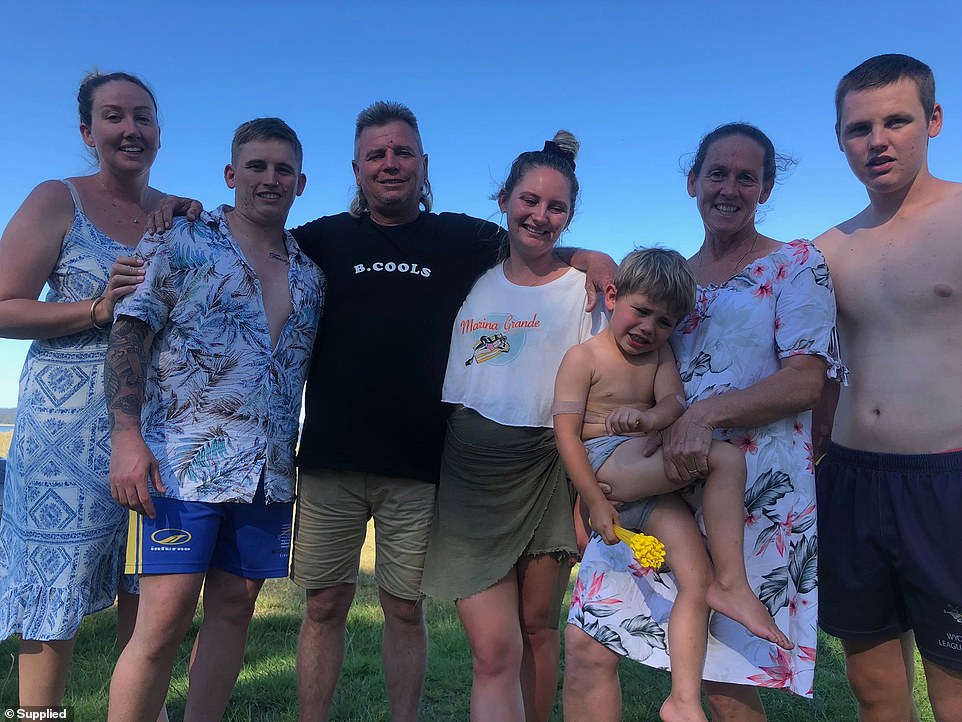 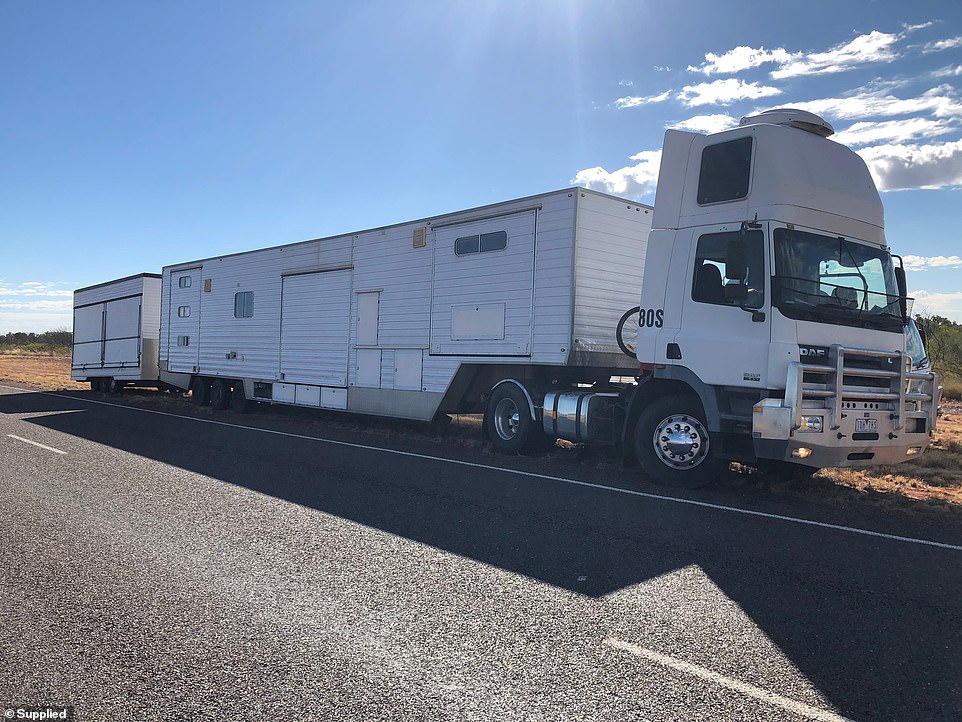 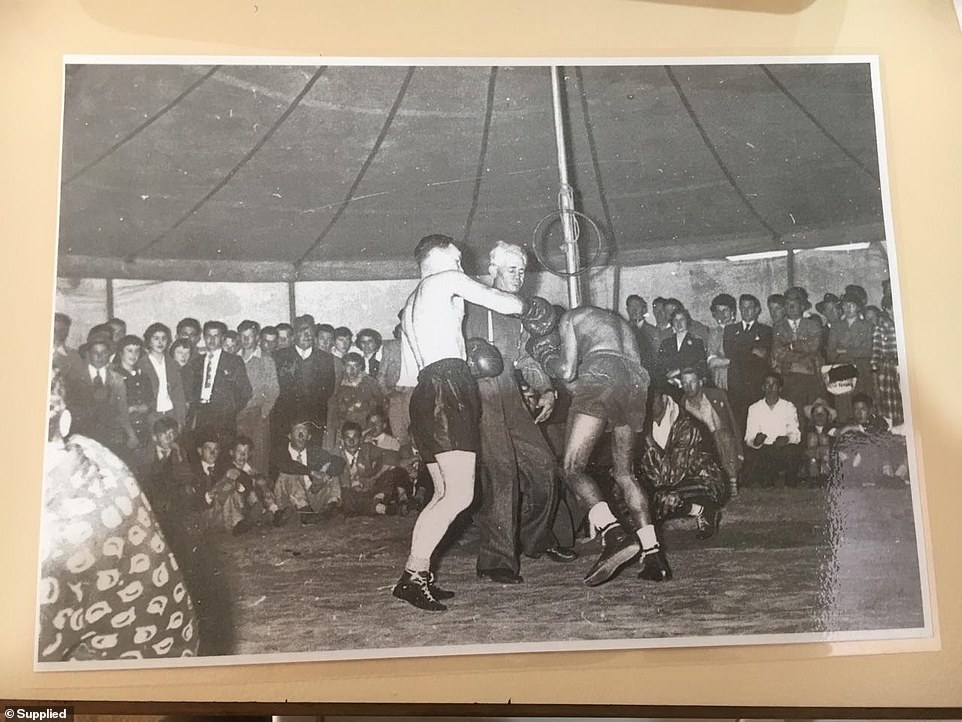 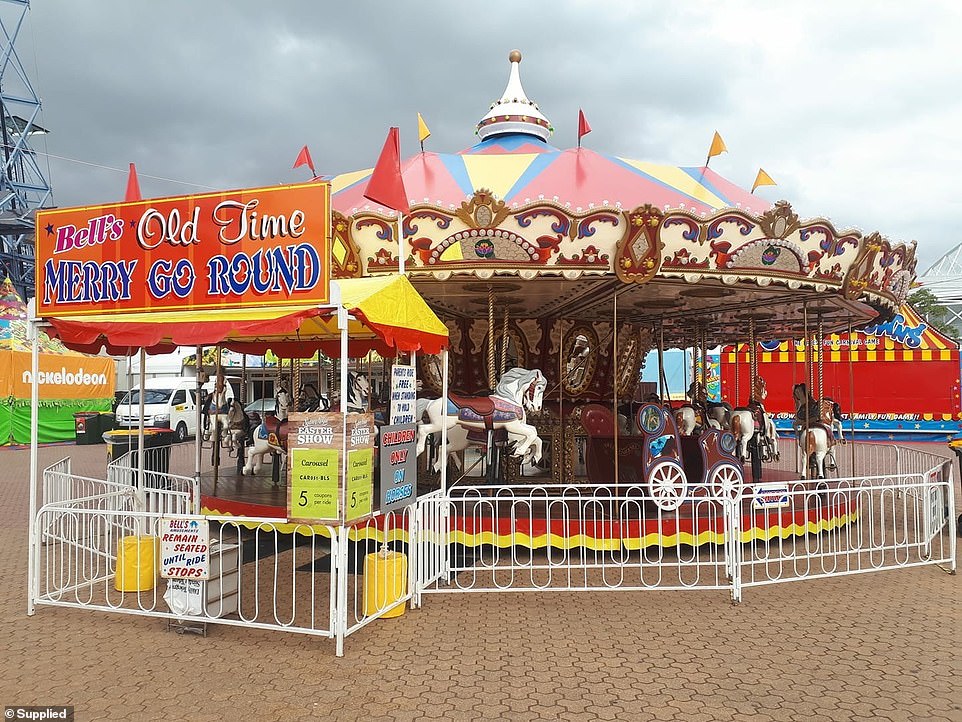 The 18 metre trailer is more than ‘big’, built with everything you’d expect in a stationary home.

‘We’ve got everything you’d have in a house, we’ve got our master room, our ensuite, our showers, washing machine, driers and toilet,’ he said.

‘And we got our big living area, loungeroom, kitchen and then we got out children’s room with another shower and a toilet for the kids.

‘The kids are only in the caravan while they’re kids and then they get their own caravans.’

Mr Bell knew he wanted to carry the family torch as a child, where he fell in love with the showman lifestyle.

‘It’s all I ever wanted to do, ever since I was a little boy,’ he said.

‘Nothing else. I just wanted to get school finished so I could get back on the road.’

Mr Bell said he could not have had a better childhood as ‘there always plenty of excitement, plenty of fun, plenty of things to do’. 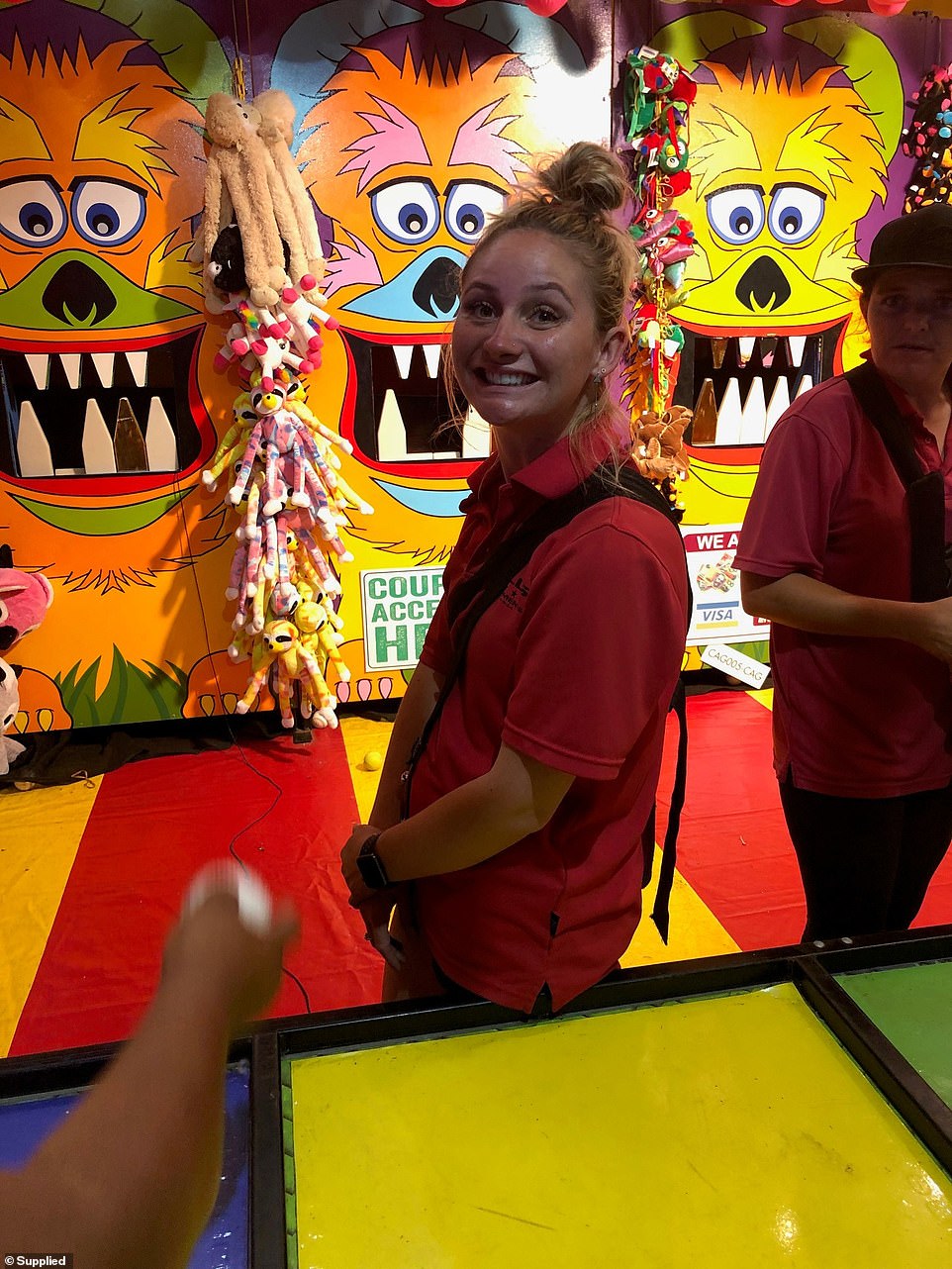 The lifestyle is something he’s shared with his five children who have also fallen in love with their time on the road. Pictured: Elle Bell 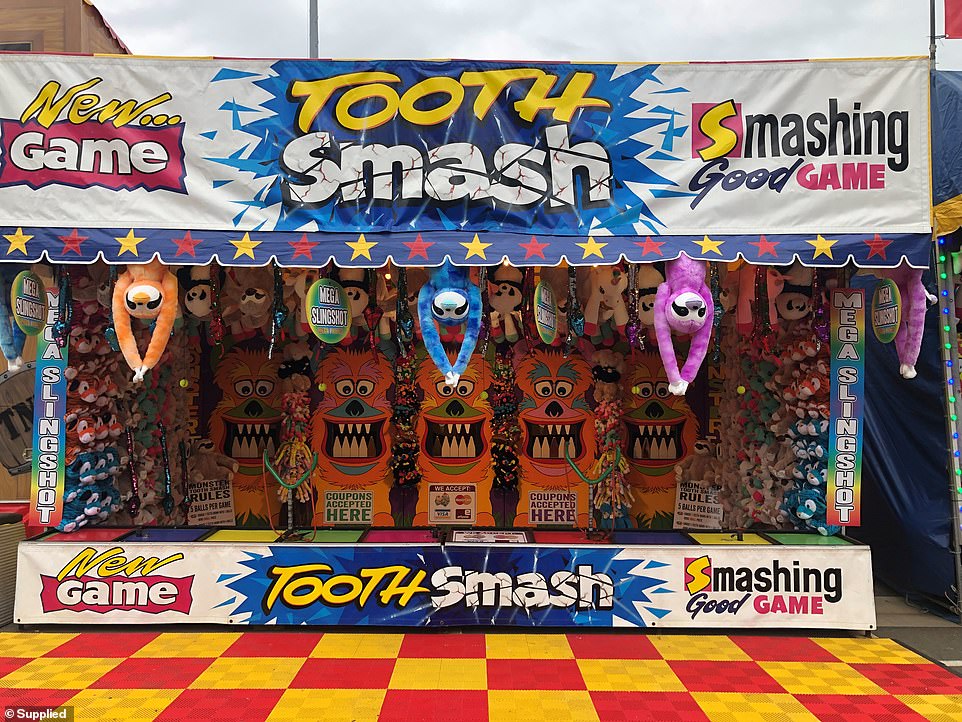 The children – Laney, Leroy, Elle, Roy and Charlie – have followed in the footsteps of their family history and enjoy travelling around the country as show people 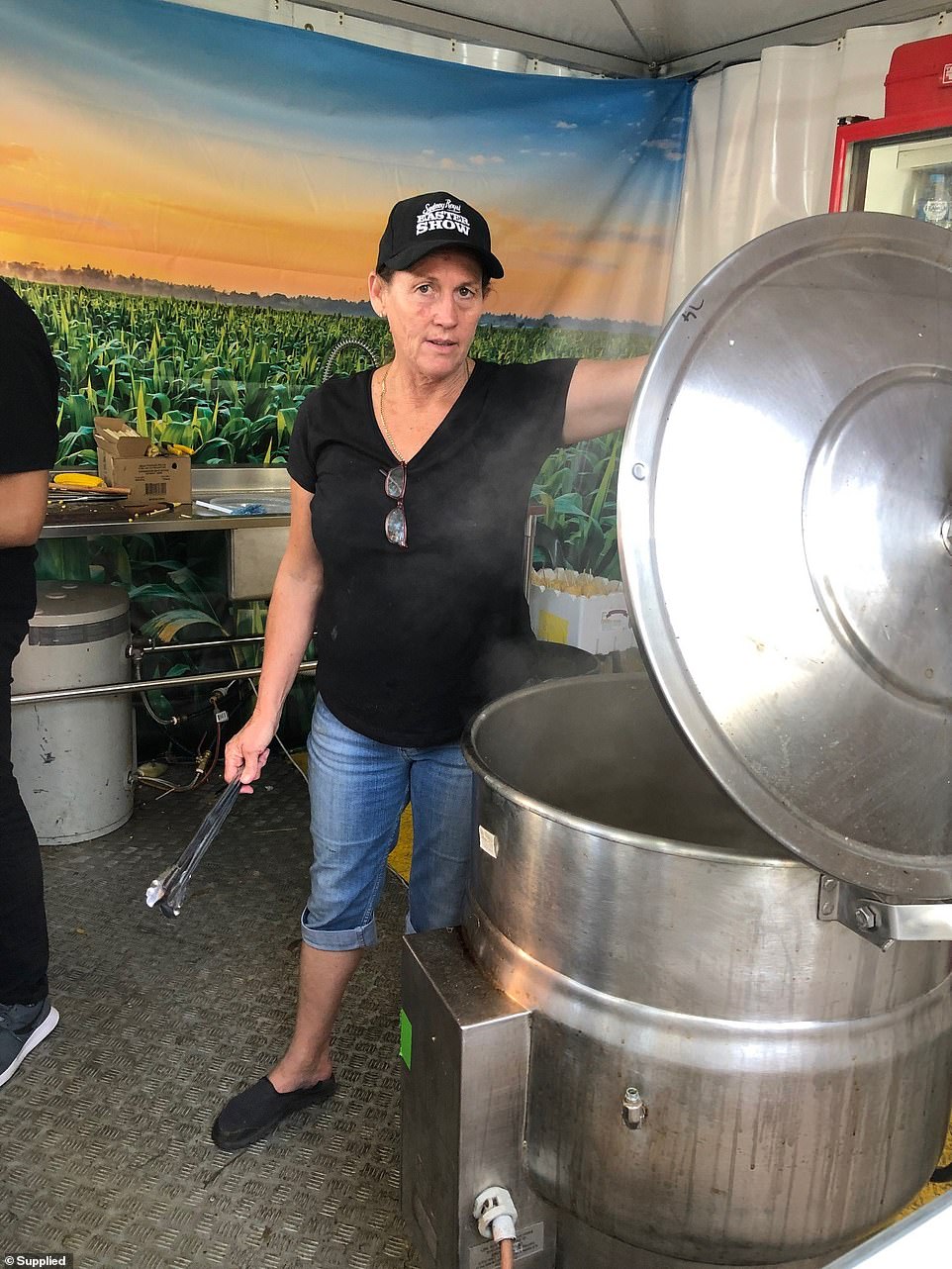 Mr Bell said he’s looking forward to celebrate a century of the family business – which will be in 2024.

‘It all originated from my grandfather Roy Bell’s touring boxing stadium. Biggest and best show at its time,’ he said.

While the family have only been at the Sydney Royal Easter show for about 20 years, the boxing show with Jimmy Sharman was ‘very well-known’.

‘I love my family name and that’s what I live for,’ Mr Bell said.

The family love the feeling of spreading joy as they travel almost every corner of the country.

‘We’re here to provide the entertainment for the Australian public and that’s what we love seeing, the smiles on the kids dials,’ Mr Bell said.

‘No matter where you are, it wouldn’t matter what town, the show is always the most important event of the year for any town in Australia.’ 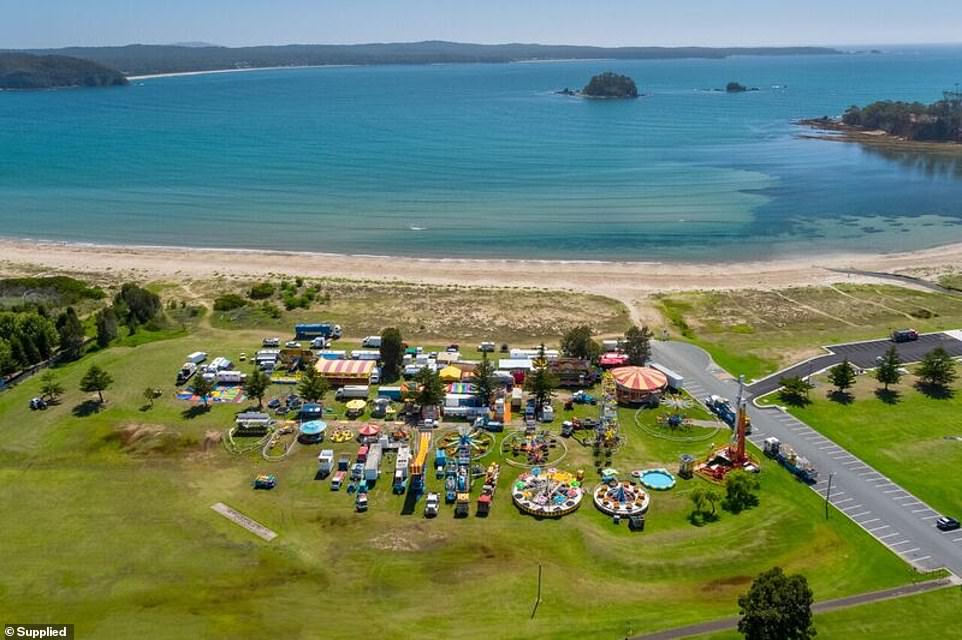 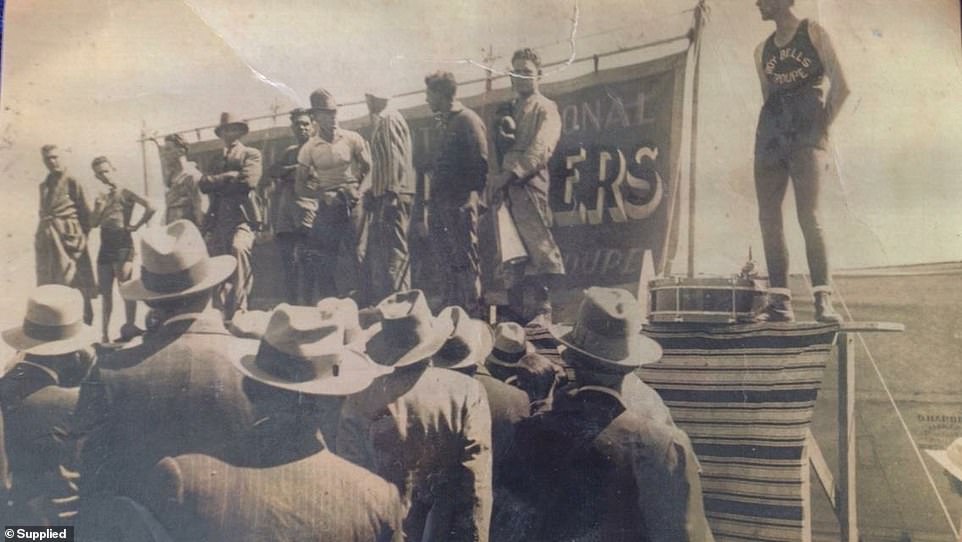 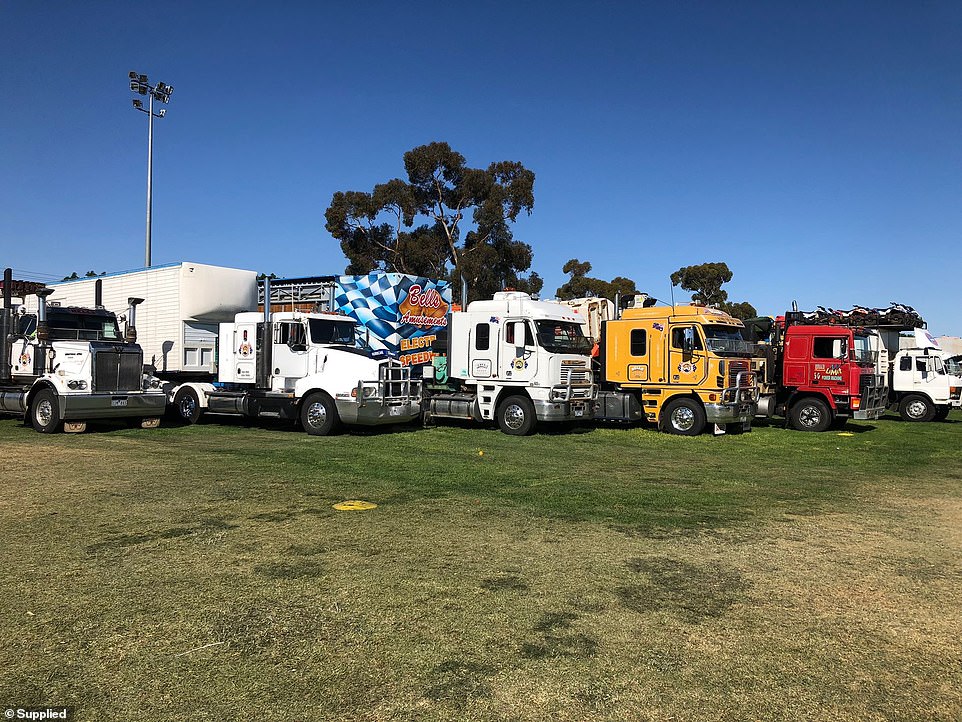 ‘No matter where you are, it wouldn’t matter what town, the show is always the most important event of the year for any town in Australia,’ Mr Bell said

They head to Hawkesbury next and then on to four shows in the Northern Territory, among other pit stops sprawling through NSW, Queensland and South Australia.

Mr Bell said his parents are still along for the ride as well as his aunts and uncles.

‘We travel the length of Australia, we head to Darwin from here,’ he said.

The travelling family identify Queanbeyan, south-east NSW, as one of their homes as they have property there where they store and service rides.

Of more than 40 rides, only three made their way into Sydney’s Easter Show and a few games.

Their other home is Batemans Bay, as they’ve been spending Christmas there for half a century.

‘We’ve been going there for over 50 years so we’re sort of locals in the town, everyone knows us,’ Mr Bell said.

They camp right on the beach and thousands of people visit their six-week Christmas show.