Young Australians are avoiding private health insurance due to the exorbitant costs, sending the entire sector into what some experts have labelled a ‘death spiral’.

As millennials turn their backs on private healthcare, the industry is finding it increasingly difficult to cover the cost of subsidising older and sicker members.

Grattan Institute health economist Stephen Duckett said the private system is in the midst of a ‘death spiral’ and needs urgent reforms to repair it.

The amount of people aged between 20 and 34 with private health cover has plunged 11 per cent in the last five years.

Most experts blame rising costs in hospital treatments for forcing the increase in health insurance premiums – which young people in particular can’t afford.

But with the young and the healthy abandoning their policies, the sector is finding it less profitable because those that remain are often the old and the unwell – and likely to cash in on their policies more frequently.

Duckett concluded ‘Australians are increasingly unhappy with the private health insurance’ on offer in the country.

As more people turn their backs on private care, pressure on the public health system mounts.

Extended waiting periods and customer dissatisfaction are predicted to continue getting worse if more people rely on the general, public sector. 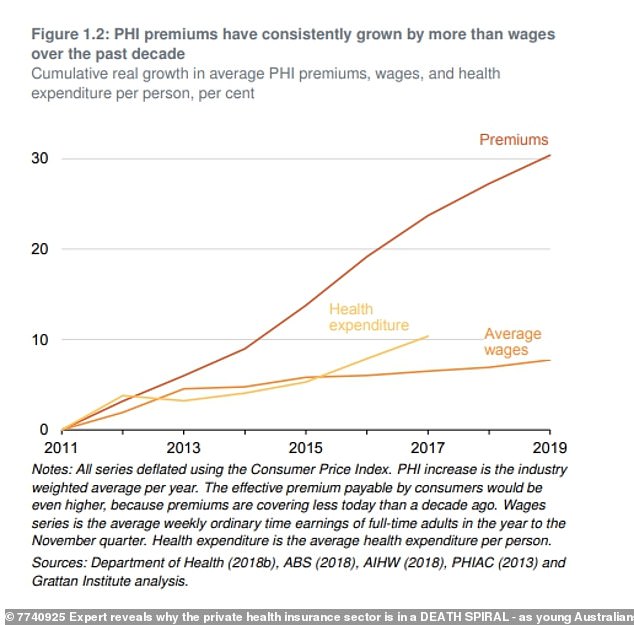 The first care being the universal public health insurance scheme, known as Medicare, which gives all Australians access to taxpayer-funded health care.

Private health insurance should offer members more variety when it comes to choosing practitioners, expedited treatments and a place within private hospitals.

In turn, the average risk profile for the insurer rises, meaning they boost premiums to reflect the change and even more healthy people drop their cover as a result. 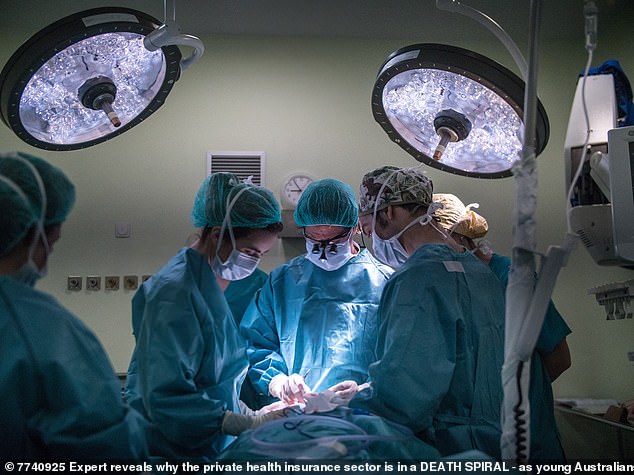