Vienna is a city that lends itself to those with a vivid imagination. On a misty evening, the glow from a street lamp down a narrow, cobbled street provides just the right ambience if you want to be the star of your own post-war spy thriller, even if you’re just on your way to a restaurant.

And sitting hunched over a steaming coffee, is that really Sigmund Freud, the father of psychoanalysis, sketching out his theories? Or just a grey-haired gentleman with a beard doodling on his napkin while waiting for some cake?

A century ago Freud could often be found sitting in Vienna’s opulent cafes, and over a long weekend I found myself following in his footsteps. Sometimes the doctor, neurologist and psychologist could be spotted in either Cafe Landtmann or Central, which are still there today with smart-jacketed waiters and excellent opportunities for people-watching in the ornate surroundings.

‘Vienna is a city that lends itself to those with a vivid imagination,’ writes The Mail on Sunday’s Will Hide 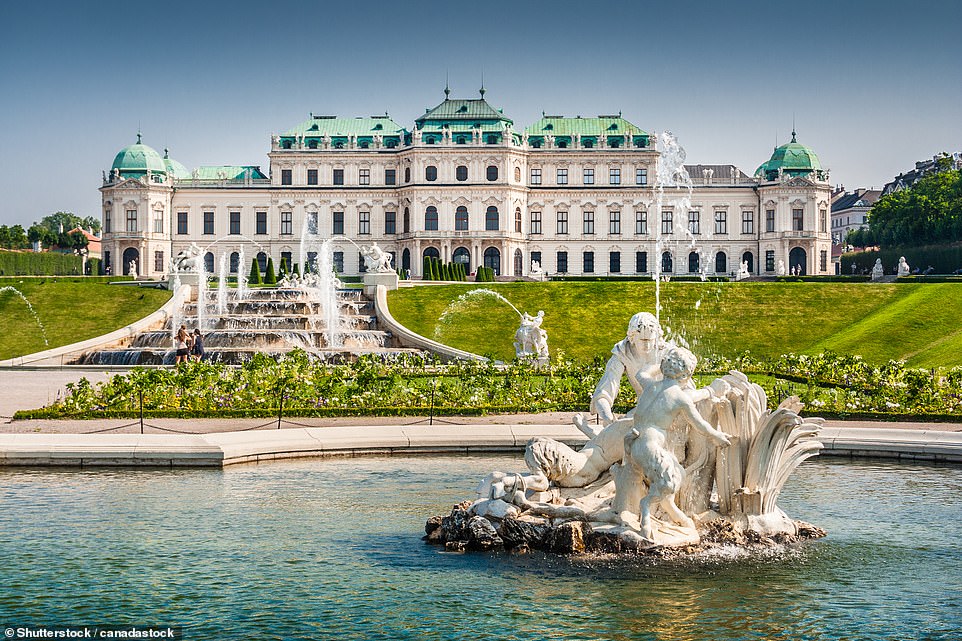 Work of art: Will visited the Belvedere Museum, which houses exhibitions in its 18th Century Orangery 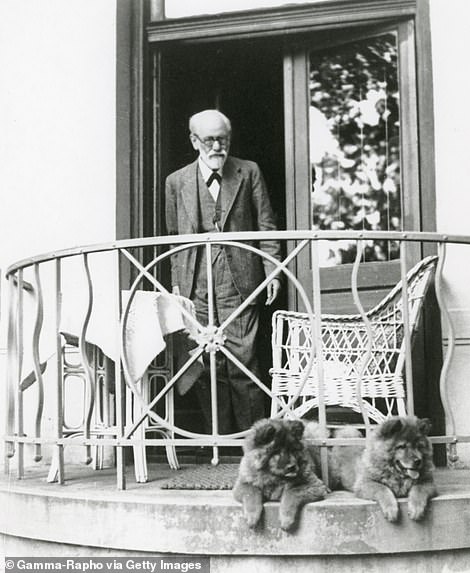 Will investigated some of Sigmund Freud’s former haunts. Pictured is the neurologist in Vienna in 1931

Cafe Korb, which Freud also patronised, is the one to pick if you prefer a more intimate atmosphere, not to mention thick slices of apple strudel swimming in a generous lake of custard.

In Cafe Pruckel, with its retro-50s air, you can watch the world go by from a window seat with a melange, the Austrian take on a cappuccino, while Cafe Hawelka is a quiet spot in which to rest tired feet if you’re browsing on Graben, Vienna’s main pedestrian street.

Perhaps choose an einspanner coffee – a double espresso damped down with a thick plug of whipped cream. It’s said to have been invented for coachmen so their drink wouldn’t spill if they held it in one hand with their horses’ reins in the other.

In any of these, if elevenses morph into lunch, you could easily order a classic, crispy Wiener schnitzel and, for dessert, kaiserschmarrn – a sort of sweet omelette served with stewed plums.

If you want to find out more about Freud, head to his apartment at number 19 Berggasse. It’s now a museum dedicated to his life and has doubled in size during a refurbishment last year.

Here you can learn about the man himself and the 47 years he spent at the address where he worked on theories, wrote scientific papers and saw patients from Vienna’s upper classes – the only ones who had the spare time and money – before he fled the Nazis to London in 1938.

Vienna is a truly walkable city, but if you’ve had one slice of chocolate sachertorte cake too many – the best are said to be from Cafe Demel and Hotel Sacher, where it was first created – there is an efficient network of trains, buses and trams to get you around.

Hop on one of the latter to visit the 18th Century Orangery of the Belvedere Museum, which reopened recently. Citrus trees once filled the gallery but now it’s home to exhibitions. Until the end of May, it is displaying work by Salvador Dali which was inspired by Freud. 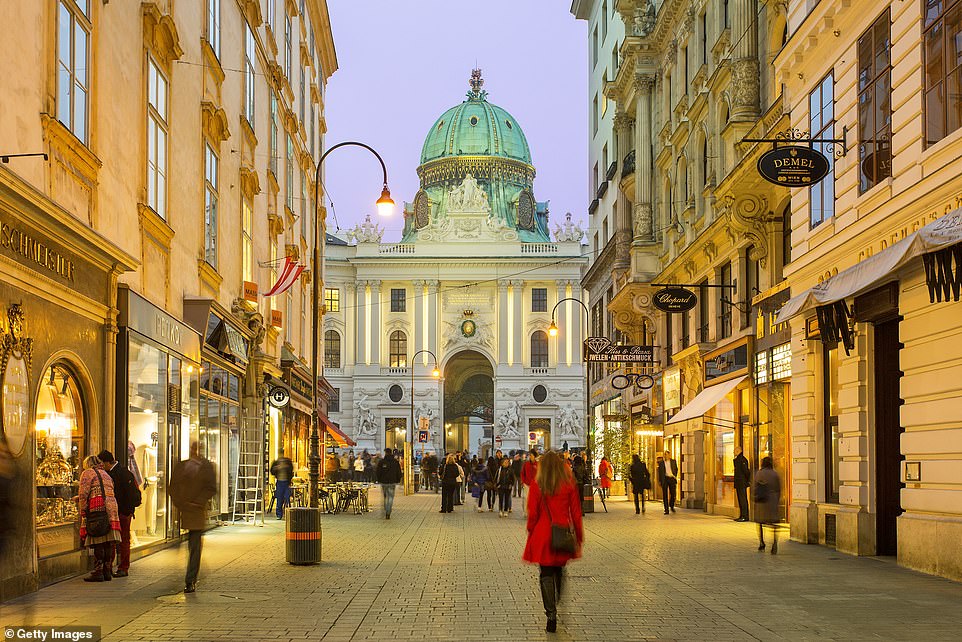 Made for walking: Vienna is easy to explore on foot, says Will. Pictured is the elegant city centre 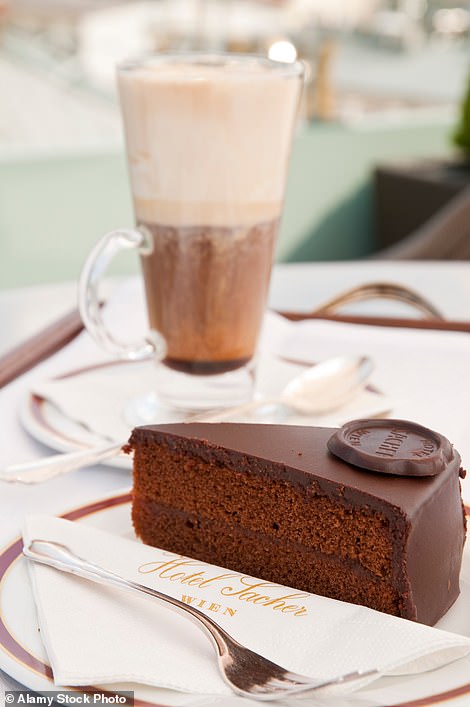 As a young artist, Dali was extremely interested in Freud’s writings relating to the unconscious, sexuality and dreams, and they met in London in 1938. Freud wrote the next day: ‘I was inclined to look upon the surrealists – who have apparently chosen me as their patron saint – as absolute cranks. That young Spaniard, however, with his candid and fanatical eyes, and his undeniable technical mastery, has made me reconsider my opinion.’

Vienna’s hotel scene is expanding with a swish new Mandarin Oriental and Rosewood on the horizon. For a taste of history, but with all mod cons, the recently reopened Hotel Josefine on Esterhazygasse could be for you. Originally built in 1896, its decor has a strong 1920s vibe, right down to its bellboys, but with 21st Century comforts that include plush mattresses, speedy wi-fi, power showers and air-con.

As well as a bar and restaurant, it has a ‘Phonotheque’ lounge with 3,000 records from which to choose to create just the atmosphere you want, whether that’s Mozart or Ultravox (hoteljosefine.at).

My favourite hotel, though, is the Sir Terence Conran-designed Guesthouse, opposite the Albertina Museum, which channels an ultra-cool Cold War air, when Vienna was at the crossroads of East and West and spies were everywhere.

There are many nice touches here, not least the window seats in rooms that allow you to gaze out over the comings and goings below, but also the free bottles of red and white wine –restocked each day – that you’re allowed to bring down into the buzzy restaurant (theguesthouse.at).

If you venture out to eat, you’re right next door to the traditional Cafe Tirolerhof, or a five-minute stroll from trendy Tian, where an eight-course exclusively vegetarian menu includes unusual dishes such as a cheese, kale and blueberry tart. Freud would no doubt have had something to say about its chocolate pudding served with two pickled brussels sprout balls on top, but sometimes it’s best just to think less and eat more.