Austrian Chancellor Sebastian Kurz has been ousted by a no-confidence vote after the ‘Ibiza-gate’ corruption scandal fractured his coalition government.

The motion was backed by lawmakers from the Social Democrats and the far-right Freedom Party, which was in coalition with Kurz until a week ago when its leader became embroiled in the ‘Ibiza-gate’ video sting and stepped down.

The news comes after Kurz celebrated a big win for his conservative People’s Party (OeVP) in Sunday’s European elections, projected to gain 34.9 percent of the vote and two extra European parliament seats.

‘Ibiza-gate’ saw FPOe leader and Vice-Chancellor Heinz-Christian Strache resign after he was caught appearing to offer public contracts in return for campaign help from a fake Russian backer.

Despite success in the European Elections on Sunday night, Austrian Chancellor Sebastian Kurz (pictured at a polling station in Vienna) was ousted in an historic no-confidence vote on Monday 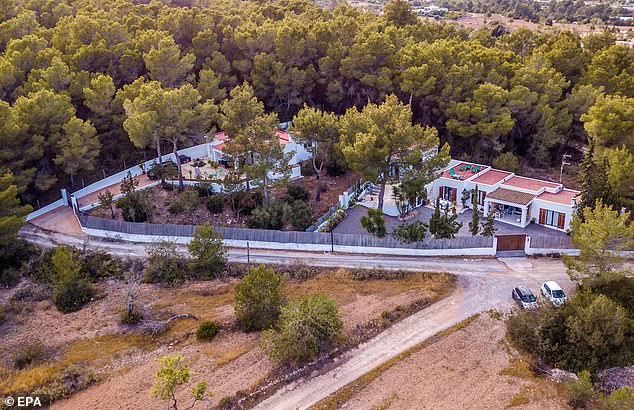 That led to Kurz ending his coalition with the FPOe and calling early elections for the autumn, but the opposition said the 32-year-old leader had to also take responsibility for the scandal.

The no-confidence vote took place place in a special sitting of parliament on Monday, making Kurz the first chancellor in post-war Austrian history to be removed in this fashion.

The far-right, meanwhile, seemed to have suffered a setback in Sunday’s vote over ‘Ibiza-gate’, falling from 19.7 percent to 17.2 percent and losing one of their four MEPs.

The scandal erupted following the publication on May 17 of hidden-camera recordings filmed in a luxury villa on the holiday island of Ibiza a few months before Austria’s last parliamentary elections in 2017.

Amid a welter of embarrassing comments, Strache appeared to allude to a scheme channelling political donations through FPOe-linked foundations in order to avoid legal scrutiny.

After Strache’s resignation, Kurz also sacked FPOe interior minister Herbert Kickl, arguing he could not oversee any possible investigation into his own party’s wrongdoing.

FPOe ministers responded by walking out of the government en masse, leading to Kurz appointing experts to take their place in an interim government. 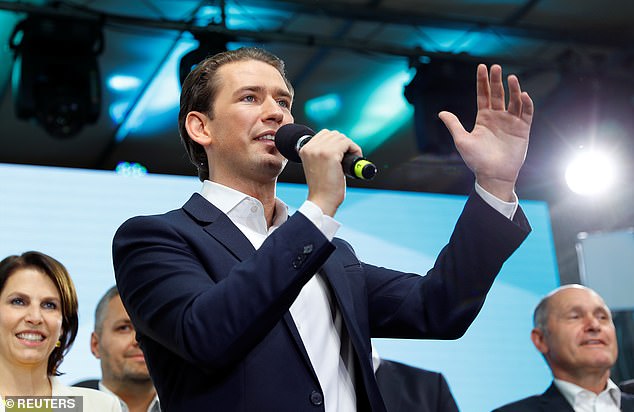 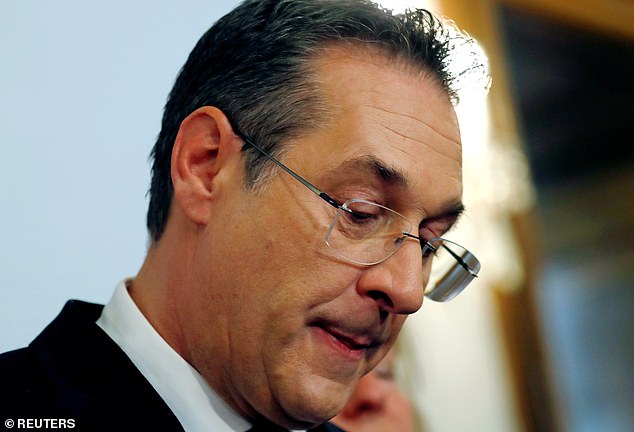 When he first became chancellor in late 2017, Kurz was widely hailed on the European right as someone who could successfully tap into surging anti-immigration sentiment while projecting a polished demeanour.

Since the crisis broke, he had projected himself as a paragon of stability in a turbulent political climate.

But even before the current crisis, Kurz found himself constantly having to bat away criticism for alleged extremist sympathies among FPOe members. 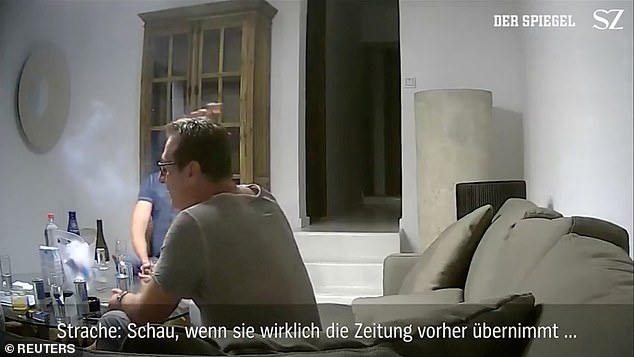 A still image from a footage shot in Ibiza, Spain in July 2017 that has caused Austrian politician Heinz-Christian Strache to step down as vice chancellor and Freedom Party leader

The opposition has placed the blame for the current debacle squarely at the feet of Kurz himself for having invited the far-right into government in the first place, saying he had ample warning of the unsuitability of the FPOe for government.

Kurz has trod a fine line in his statements since the crisis broke, admitting he found the FPOe’s antics ‘hard to swallow’ but insisting he had no other choice.

‘There was no other party which was ready to form a coalition with us,’ he told journalists on Thursday, when asked whether he regretted the coalition.