Average house price soars to record £323,530 as sellers cash in on demand during stamp duty holiday

Average house price soars to a record £323,530 as sellers cash in on huge demand during stamp duty holiday

The average asking price of a home has soared to a record £323,530 as sellers capitalise on unprecedented demand during the stamp duty holiday.

Experts said they expect growth to continue until the new year when it could peak at 7 per cent.

The market has enjoyed a ‘mini-boom’ due to the combination of pent-up demand, households seeking more space after lockdown and the removal of stamp duty for homes up to £500,000.

This has led to increased sales of homes further up the chain for more than £1million, analysis suggests.

However, a survey by the Bank of England last week predicted borrowers would soon find it harder to get a mortgage as lenders prepare for a winter jobs crisis. 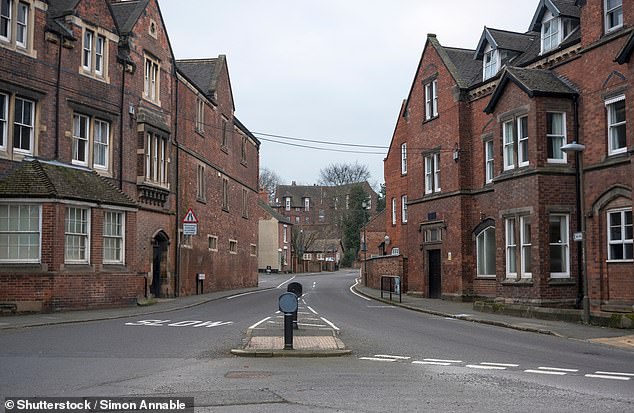 Prices in the East Midlands (pictured) are up by 7.7%. The market has enjoyed a ‘mini-boom’ due to a combination of pent-up demand and the removal of stamp duty for homes up to £500,000

It prompted warnings that the revival was waning, but the new report from property website Rightmove suggests the market will continue to thrive until at least the end of the year.

Tim Bannister, from the firm, said: ‘Previous records are tumbling in this extraordinary market, and there are still some legs left in the upwards march of property prices.’

The website’s report suggested the annual growth rate will peak at around 7 per cent by December after September saw a record number of sales agreed. 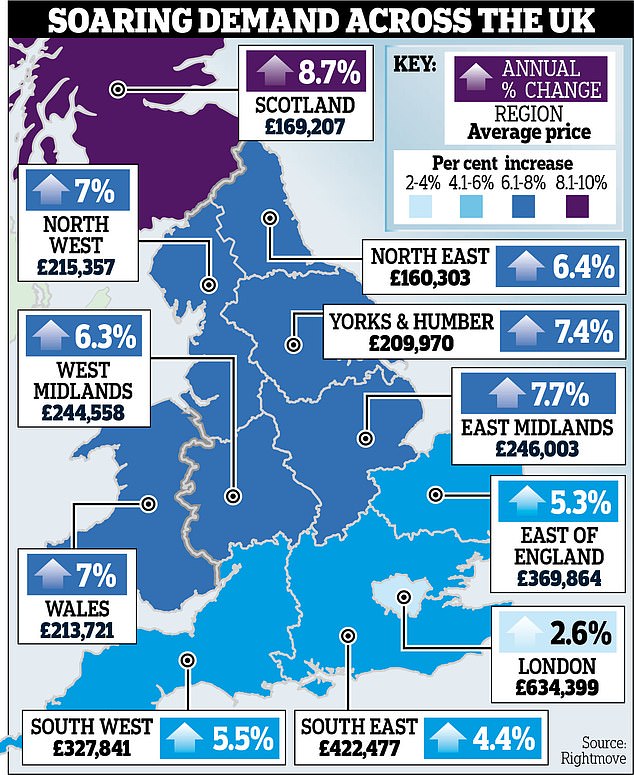 It said it now only takes an average of 50 days to sell a home – quicker than ever before – leaving agents with more properties marked as sold than for sale for the first time.

The increased demand and urgency with which homes are being bought has been aided by the Government’s decision to temporarily remove stamp duty on purchases valued up to £500,000 until March 31, 2021.

Rightmove said the pace of growth is now easing, but sales agreed for October are still up by 58 per cent on this time last year.

And separate data from estate agents Savills with analysts TwentyCi found an average of 868 £1million-plus sales have been agreed each week since the start of June, 66 per cent higher than the weekly average of 522 over the same period in 2019.

Martin Robinson, of estate agents Hunters, said: ‘The market continues to be strong right across the property types.

‘We’re also seeing changes in the habits of the consumer with many saying there is no need to be on the doorstep of their workplace and they are looking to move to a more rural or affordable location, broadband speed permitting, to work remotely.’