Aviva has found itself in the crosshairs of a fearsome activist investor known as ‘the Butcher’.

The insurance giant is being targeted by Cevian Capital, a Swedish hedge fund run by Christer Gardell, whose aggressive style and reputation for ruthlessness have earned him his chilling nickname.

Cevian has built a 5 per cent stake in Aviva, worth around £817million, and is pushing the insurer to return £5billion to investors next year.

FTSE 100 insurer Aviva, currently run by Amanda Blanc, is the latest in a string of female-led firms to be targeted by activists.

Last month Elliott Management kicked off a raid on fellow FTSE 100 firm Glaxosmithkline, and rumours are rife that the hedge fund could seek to elbow out chief executive Emma Walmsley.

Only a tiny handful of FTSE 100 firms at any given time are led by women. Five of the top 100 companies currently have female CEOs, which will rise to six when ITV rejoins the blue-chip index.

That means half the women in charge of FTSE companies either are or have been in the sights of the activists.

Elliott, run by US billionaire Paul Singer and his son Gordon in the UK, has successfully waged a series of battles on female bosses.

Elliott and Cevian joined forces three years ago in attacking German steel giant Thyssenkrupp, which led its then-chairman Ulrich Lehner to denounce the activists for ‘psycho-terror’.

Lehner claimed the hedge funds had been ‘placing lies in public’, but Elliott said the comments were ‘categorically untrue’ and accused him of defamation.

Cevian, which counts former City minister Lord Myners as chairman of the UK arm, has also locked horns with executives in boardrooms around Europe.

Aviva will be its third insurance target in Britain. Cevian had been an agitator at RSA since 2013 and backed its takeover last year, and prompted a shake-up at Old Mutual between 2008 and 2014.

Cevian is still a major shareholder at textbook publisher Pearson, and at Vesuvius, which makes engineering products for the steel industry. 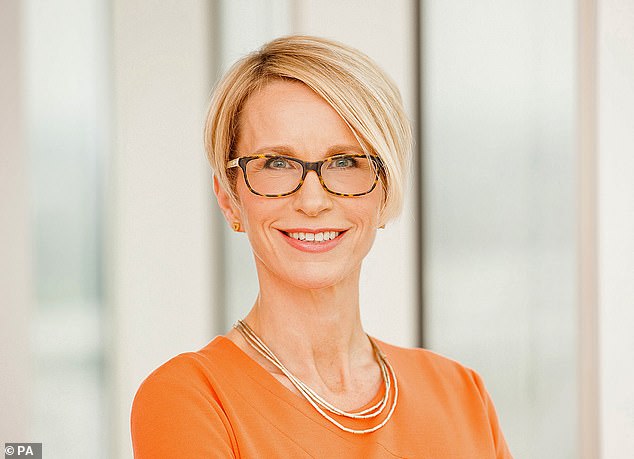 Last month Elliott Management kicked off a raid on Glaxosmithkline, and rumours are rife that the brutal hedge fund could seek to elbow out chief executive Emma Walmsley (pictured)

In Europe, it is battling telecoms firm Ericsson and Nordic bank Nordea.

In Aviva’s case, it is understood that Cevian believes chief executive Blanc and chairman George Culmer will achieve most of the goals it has set.

Blanc has sold eight divisions –from Poland to Italy to Vietnam – since taking the reins last July, raising £7.5billion.

She plans to return the cash to shareholders, and use it to fund growth in core markets Canada, Ireland and the UK.

But Cevian is asking it to return £5billion to shareholders next year, cut costs by at least £500million by 2023 and raise the share price to more than £8 in three years, doubling the dividend to 45p.

Gardell, Cevian’s managing partner, said: ‘Aviva has been poorly managed for years, and its high-quality core businesses have been held back by high costs and a series of bad strategic decisions.

‘Aviva now has the potential to become a focused and well-capitalised market leader that produces profitable growth, generates significant cash, and is highly appreciated in the equity markets. 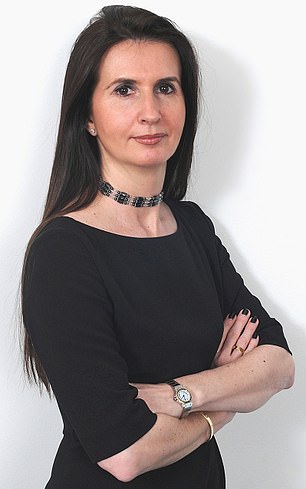 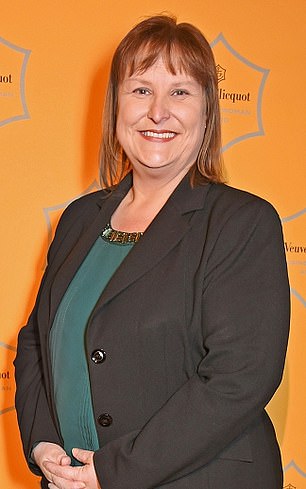 We believe Culmer and Blanc are committed to crystallising this potential and delivering substantial shareholder value.’

Sources say that Cevian has already met the insurer’s top brass, saying discussions had been ‘cordial’.

Aviva said: ‘We has made significant strategic progress over the past 11 months and we remain sharply focused on further improving performance.

‘We regularly engage with investors and welcome any thoughts which move us towards our goal of delivering long-term shareholder value.’