Aviva is facing a claims bill of around £50million from last month’s freezing weather, it told investors on Wednesday.

The insurance group said it had been focused on supporting customers during December’s prolonged cold snap, which saw households across the UK suffer from burst pipes and water tanks, as well as other damage.

But the company said its group-wide exposure to ‘weather experience’ was only marginally above long-term averages in the fourth quarter.

In charge: Amanda Blanc is the boss of insurance giant Aviva

Earlier this month, its rival, Direct Line Insurance, revealed a sizeable hit from the freezing weather, putting the cost of claims at around £90million.

Aviva said it performed as expected by management for 2022 and reiterated its guidance for dividends and capital returns.

The group’s full-year combined ratio, which measures costs as a proportion of income, was put at approximately 94.6 per cent. A ratio of 100 per cent or more indicates a loss.

General insurance in the UK, Ireland and Canada continued to trade positively across the final months of 2022 and showed the ‘clear benefits’ of Aviva’s diversification across general insurance products and geographical regions, the group said.

Management also said that policies were being priced appropriately in order to take a high inflation environment into account. That was especially true of its UK Personal Lines, it added.

Over the fourth quarter, the group’s weather experience had been marginally above its long-term average.

On a full-year basis, however, it had been roughly in-line with the long-term average. 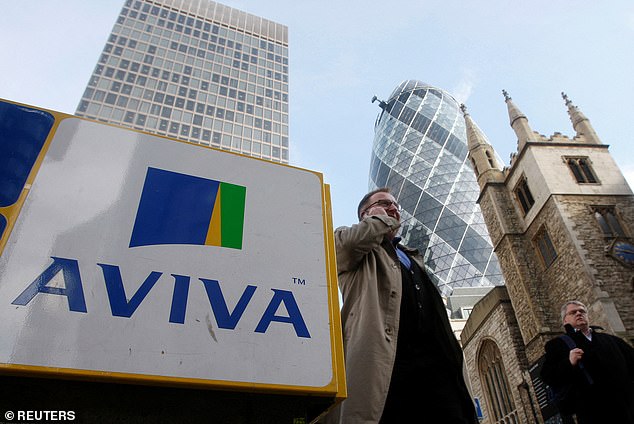 Shares: Aviva’s share price has fallen by around 20% in the last 12 months

Today’s trading update was provided ahead of the ‘In Focus’ investor and analyst briefing on its UK General Insurance Personal Lines business scheduled for later in the day.

Aviva shares were up 2.99 per cent or 13.18p to 454.48p this afternoon, having fallen by around 20 per cent in the last year.  However, the shares have been gaining some ground since October.

In November, the group reported a 46 per cent rise in new business value, with improved margins. Business was looking positive across the board, it added.

Chief executive Amanda Blanc said in November: ‘We are on track to deliver our financial targets and trading momentum is building.

‘Our dividend guidance remains unchanged and, as previously announced, we anticipate commencing additional returns of capital to shareholders with our 2022 full year results’.