Baptism of fire! Awkward moment a baby FACEPLANTS into the baptismal font after the priest loses his grip

A baptism ceremony went horribly wrong when a priest lost his grip on the baby who fell face first into the baptismal font.

Video footage shows a family, including the baby’s parents and godparents, standing around the baptismal font in a church along with the priest.

A woman who is gently cradling the baby, carefully hands the child over to the priest to baptize the child with water.

He then places the baby in the baptismal font and blesses the child’s head with water.

However the ceremony takes a turn for the worst when the priest appears to let the infant slip from his hands.

The baby then screams hysterically as it faceplants into the baptismal font as its parents and family look on in horror.

Faceplanting is a term used to describe someone who  involuntarily fall forwards so that their face comes into contact with the surface they fall into.

The godmother quickly grabs the baby and hands the child back to its mother as she does her best to comfort and cradle the it in a blanket. 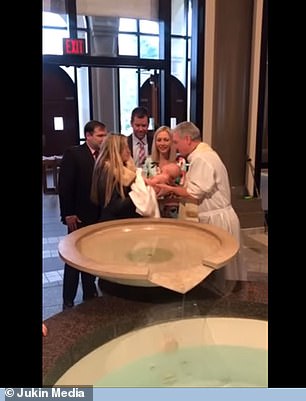 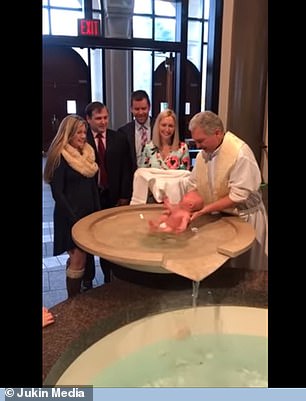 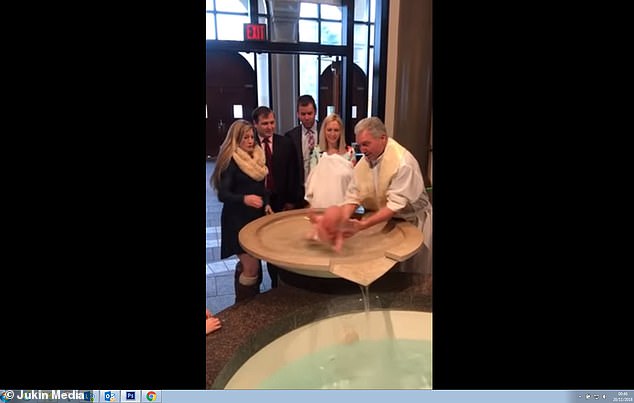 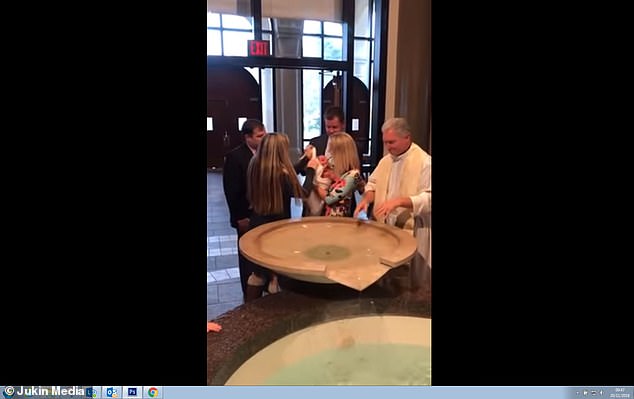 The parents do their best to smile awkwardly at the end of the video while drying the baby as the priest observes from a safe distance.

It is not known where in the U.S. the baptism took place, however the father appears to laugh off the incident at the end of the footage.