Manchester City have broken their club transfer record by splashing out £57million on Athletic Bilbao centre back Aymeric Laporte.

Laporte, 23, has put pen to paper on a five-and-a-half year deal to finalise his move to England.

The Premier League leaders triggered his release clause last week which led to Athletic Bilbao pulling Laporte out of their squad to face Eibar on Friday.

Aymeric Laporte, pictured with director of football Txiki Begiristain, is all smiles as he signs his first contract as a Manchester City player on Tuesday 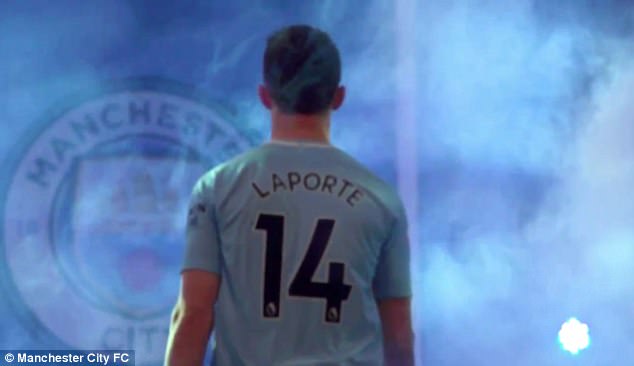 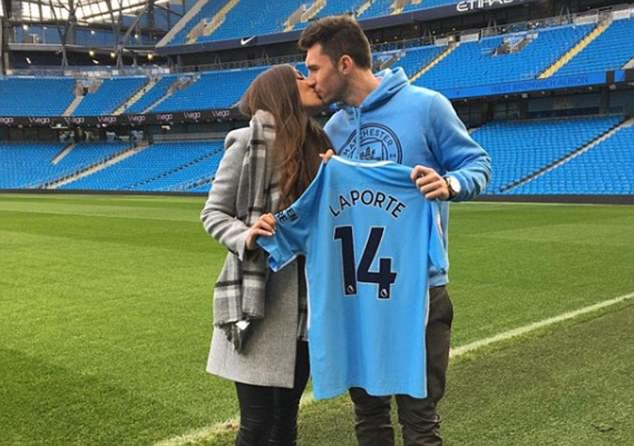 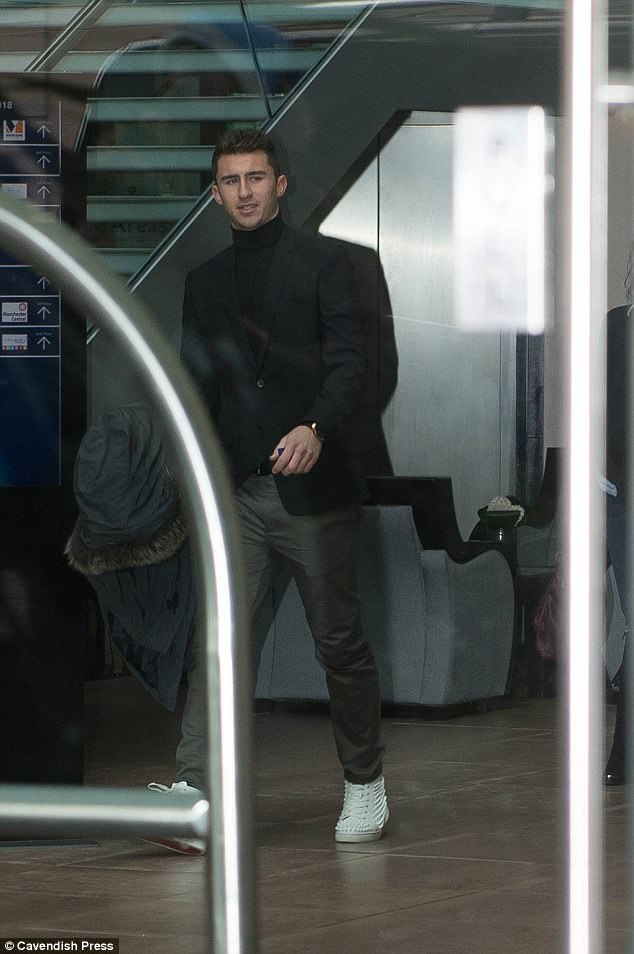 Laporte, who will wear the No 14 shirt, said on his move: ‘I am very happy to be here.

‘City are a club with a lot of ambition and they are one of the best teams in Europe.

‘I am looking forward to working under Pep Guardiola and trying to help the Club to achieve success.

‘It means a lot that the Club have shown faith in me and I am excited to get started.’

Txiki Begiristain, City’s Director of Football, added: ‘We are delighted to have signed Aymeric.

‘We have assessed defensive options and he is a player we have admired for a long time.

‘With his quality and ability to play out from the back, we feel Aymeric will fit in perfectly with Pep Guardiola’s playing style.’

Pep Guardiola was keen on adding another centre back to his ranks and Laporte will now compete with Vincent Kompany, John Stones and Nicolas Otamendi.

The French-born defender’s arrival at the Etihad could see Eliaquim Mangala join Newcastle on loan until the end of the season.

Laporte was accompanied by his partner Sara Botello as he left the Radisson Blu in Manchester on Tuesday while wearing a smart roll neck jumper, jacket and light coloured trousers.

The defender was flanked by hotel staff as he left the building where he has spent the last couple of nights since arriving in England.

He left with Botello, who wore a long grey coat over a leopard-print blouse and leather trousers as she accompanied her partner.

Botello posted a supportive message of Laporte to Instagram on Tuesday, saying how much she was looking forward to the next chapter of their lives.

She wrote: ‘I admire you like nobody and I will always support you. Now we have to take a new path together. Always you, always me. Always us.’

Guardiola will take his spending at City beyond £450million on Tuesday with the arrival of Laporte from Athletic Bilbao, after they met his £57m release clause.

The 23-year-old, uncapped by France, will be second only to Liverpool’s Virgil van Dijk as the most expensive defender in history. Laporte’s fee eclipses the club record £55m City paid to Wolfsburg for Kevin De Bruyne in 2015. 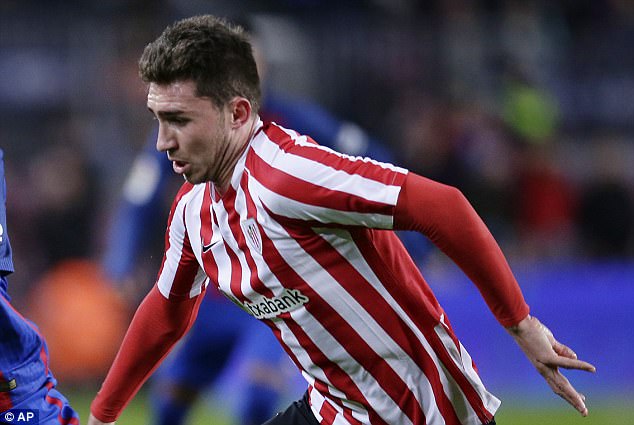 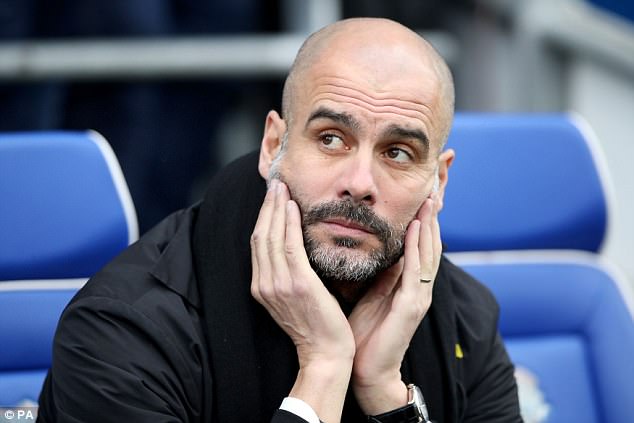 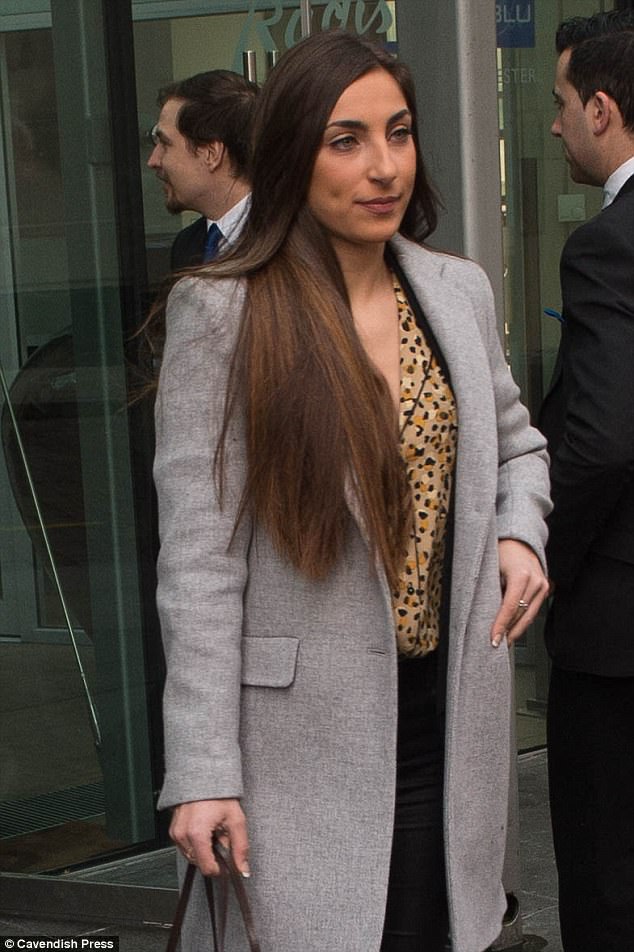 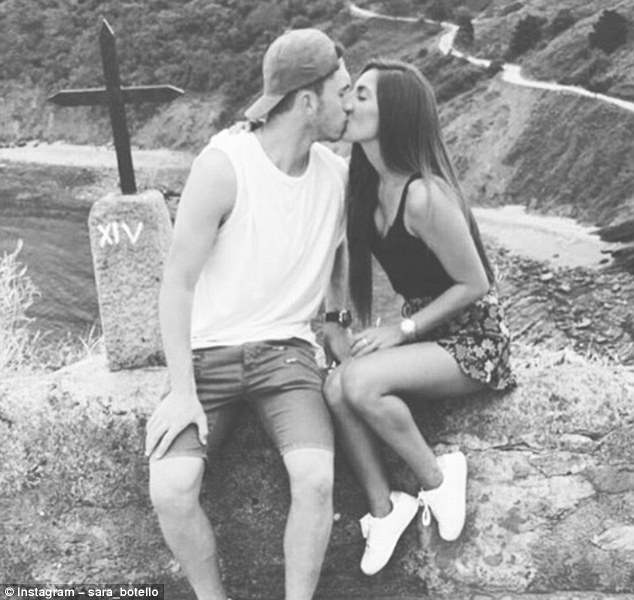 Guardiola — who has now splurged £190m on defenders alone in the last two transfer windows — identified Laporte back in 2016 as a potential signing.

Laporte issued a statement, saying: ‘I want to thank the Athletic family for everything you have given me.

‘I arrived as a teenager and here I grew up as a person and as a footballer. My farewell, ahead of a new challenge in my professional career. I don’t want it to be a goodbye, but a see you soon. Here I leave a unique club, different and I will never forget you.’

So what can we expect?

He is a highly regarded central defender who Pep Guardiola believes can be moulded into a long-term partner for John Stones.

Laporte, 23, has also been known to fill in at left back, an area where Manchester City lack options given Benjamin Mendy’s knee injury.

He is technically gifted and the way he brings possession out from the back impressed Manchester City when he first interested them two years ago.

Laporte, who was suffering with an injury at the time, did not believe he’d get enough opportunities in the City first team.

With another 18 months in La Liga under his belt he feels now is the time to take the leap.

Does he have the defensive capabilities for the Premier League?

Spanish observers have noted that Laporte is one of the strongest centre-halves in the division and are adamant the 6ft 2in Frenchman can deal with the rigours of English football.

He is physically imposing and also has a turn of pace, which Guardiola hopes will see him settle in with City’s high defensive line.

But he is yet to make his international debut?

Spain have made moves to lure him away from France but Laporte has always insisted on committing his international future to the country of his birth.

He was captain of the France team who reached the Under 19 European Championship final in 2013, and was named in the 23-man squad of the tournament.

Will he go straight into City’s team?

Nicolas Otamendi is enjoying his best season for the club so far — particularly when partnered with Stones — and presents a significant barrier.

However, there will be opportunities due to Vincent Kompany’s chequered injury record and question marks still hanging over Eliaquim Mangala’s ability.