‘This decision is hard to accept, especially in a crucial qualifier AND with VAR’: Aymeric Laporte speaks out on decision which awarded Lyon’s second goal against Man City and led to Champions League heartbreak as Rio Ferdinand backs his case

Manchester City defender Ayermic Laporte has spoken out on the controversial late VAR decision against Lyon which saw the French club’s second goal allowed to stand.

On a turbulent evening in Lisbon, City suffered Champions League heartbreak once again as Lyon rallied to a 3-1 victory, hitting the back of the net once after Laporte appeared to have been fouled in the build up.

The City defender was clearly furious in the aftermath, and took to Twitter to vent his anger with the use of video replays. 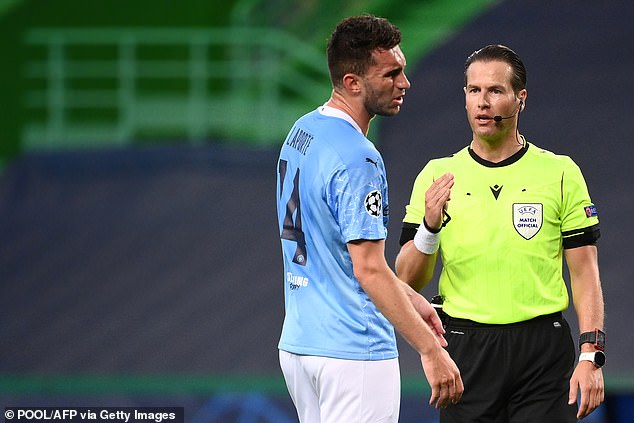 Laporte used BT Sport footage of pundit Rio Ferdinand, who formerly played for City’s bitter rivals Manchester United. In the coverage Ferdinand could be heard insisting a foul should have been given.

Lapore pointed out that Ferdinand would have no cause to be biased in favour of city: ‘Can’t say RioFerdy5 is a big City fan, is he? Still, that’s what I got sent

He added: ‘Just to be clear: I will not hide, I’m a football player but a man foremost, we all made mistakes in this game, and I also take my responsibility for the bad team performance tonight.

‘But this decision is hard to accept, especially in a crucial qualifier AND with the help of VAR.’ 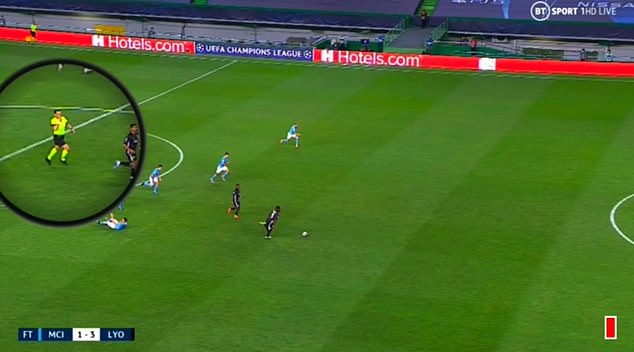 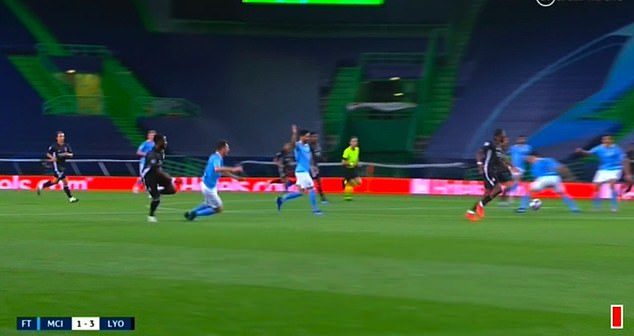 Laporte did then on to wish Lyon all the best for the remainder of the competition, adding that they had little need for it – such was their performance.

During the match Laporte had claimed he had been fouled in the build-up to the second goal, but referee Danny Makkelie allowed play to continue with Moussa Dembele going on to score for the French side.

However, a new camera angle shown by BT Sport at full-time appeared to show the official with the whistle to his mouth before changing his mind, with VAR opting not to overrule his on-the-field decision.

Presenter Gary Lineker picked up on the referee’s change of heart and claimed Pep Guardiola’s side were unfortunate not to see the decision overturned. 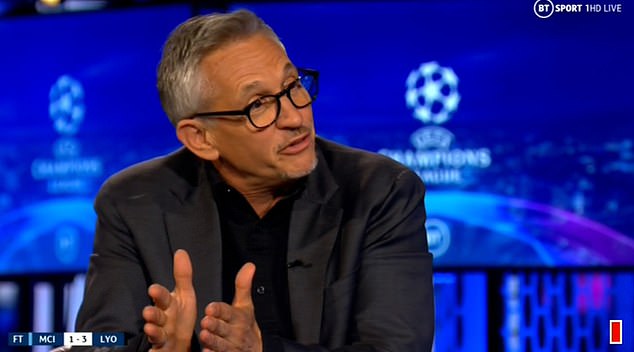 ‘The camera angle shows the referee on the brink of blowing his whistle,’ said Lineker.

‘Then he changes his mind, unless his whistle stops working! We have seen penalties given for that all the time but City are unlucky.

‘In the modern game that’s a foul but in my day it wouldn’t be.’

BT pundit Ferdinand agreed that City should have been awarded a free-kick.

Ferdinand said: ‘This goal I thought was a foul, if there is contact you have to cal the foul, there is VAR now.

‘You go back to the other end and you take away all the doubt and all the questioning if you score at the other end.’

Fans on Twitter also argued the game should have been brought back. 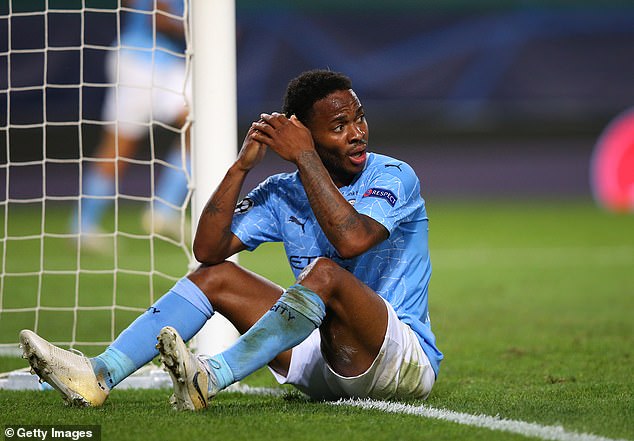 One supporter wrote: ‘You can criticize Pep and players tonight but that was a blatant foul on Laporte in Lyon’s 2nd goal. If it was otherway, the goal would have been cancelled. Why always us?’

City went on to crash out of the competition, with Lyon grabbing a third goal in the final stages after a mistake from goalkeeper Ederson.

Raheem Sterling also missed an open goal to draw his side level just a minute before the French side scored again.