BA boss Sean Doyle in plea to PM: You MUST save our summer breaks

The boss of British Airways has urged Boris Johnson to commit to lifting the tough restrictions on international travel to save the summer holiday season.

In a letter sent to the Prime Minister on Friday, BA’s chief executive, Sean Doyle, blasted the Government’s ‘uncertainty’ and ‘mixed messaging’ over whether summer holidays are possible this year.

He urged Johnson to set out a timetable for restarting travel – now that around 15million Britons have been vaccinated.

In his letter, seen by The Mail on Sunday, Doyle said: ‘Now is the time to start charting a course for people to return safely to flying. With the success of your vaccination programme, the steady reduction in serious cases and good news around the effectiveness of the vaccines on variants, we should be confident to prepare for summer travel.

‘I urge you to tell us when we can return to the skies in your briefing on February 22 and… that you focus on making decisions based firmly on fact and risk factors, not on the rumour and speculation that fills social media.’

Aviation insiders said they are in ‘the pits of despair’ following the launch of tough border restrictions.

From tomorrow, all passengers travelling to Britain must take one Covid test before departure, and two more during their ten-day quarantine on arrival. Those travel ling from Covid hotspots must self-isolate in a Government-approved quarantine hotel at a cost of £1,750 per person.

Behind the scenes, aviation chiefs are working frantically to restart air travel through globally agreed safety standards such as digital health passports, which would show travellers’ Covid test results and, eventually, vaccination certificates.

It is thought that health passports could be introduced in the UK from the spring, once the over-50s have been vaccinated. Greece, Israel and Iceland are among those also introducing health passports, with Greece saying it could accept vaccinated Britons from May.

Doyle said blocking Britons from taking a summer holiday for the second year in a row would ‘prolong their anguish’ after a year of sacrifices. He said: ‘We agree that health must be everyone’s first priority, and we are not asking to restart [travel] immediately. 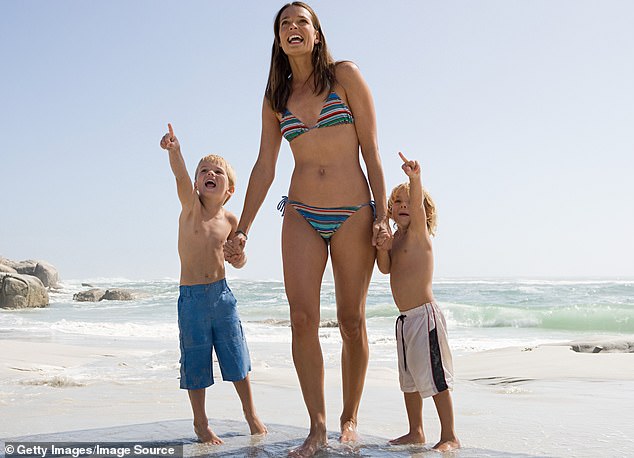 Hope: Greece, Israel and Iceland are among those also introducing health passports, with Greece saying it could accept vaccinated Britons from May

‘But I must be clear: neither the aviation industry nor the country can afford to lose a second summer of flying and we need your help if we are to continue connecting the country to the world and build a truly Global Britain.’

BA has launched a trial of its VeriFLY health passport on routes between London and the US, jointly with American Airlines. This week it will extend the pilot to all its inbound international flights.

BA and parent company IAG are also in talks with global industry body IATA about rolling out its Travel Pass digital health passport.

Emirates will launch a trial of the Travel Pass app on flights to Dubai in April, and IATA is in talks with the Government about a roll-out with UK airlines.

Doyle said: ‘We urgently need the Government to create agreements with other countries so UK citizens can travel.

‘With the UK’s national technology capability, we should be leading the way and setting the international standards.’

He added that if the Government cannot include aviation in its February 22 roadmap, then Ministers must commit to a support package that ensures the sector’s survival. Government statistics on Friday showed air travel has been the worst-hit sector of the economy in the pandemic, contracting by almost 90 per cent compared to February 2020. Travel agents and tour operators shrank by 86 per cent, and tourism by 73 per cent.

Brian Strutton, general secretary of pilots’ union Balpa, said he expects UK airlines to make further cuts to summer schedules over the coming weeks, which could lead to job cuts. He added: ‘Now a senior Government Minister has told their passengers that they shouldn’t book summer holidays, airlines will all be going through their spreadsheets and looking at how they can survive this year.’

Analyst Mark Manduca, managing director of European research at investment bank Citigroup, expects demand for short-haul European leisure travel to be less than 50 per cent of 2019 levels this summer.

He said the new travel restrictions will mean any recovery will be ‘truncated, jagged and uneven’, and that airlines could have to raise further cash from the spring to restructure debt.

Manduca added: ‘Industry net debt has ballooned to such uncomfortably high levels, it is no longer in the same stratosphere as airlines’ future earnings potential. This will trigger an arms race of dilutive equity raises from shareholders.’

Strutton said: ‘Airlines and airports can’t take out any more loans because they are already loaned up to the hilt – and they will struggle to pay back the interest with no revenue coming in.

‘If the effect of public health decisions is to effectively shut down an industry, then those businesses should be compensated. Aviation feels like it’s in a death spiral – it’s just one blow after another.’