A British Airways pilot has been accused of trying to fly a packed holiday jet while four times over the alcohol limit.

Julian Monaghan, 49, was hauled out of the cockpit by armed police in dramatic scenes after cabin crew feared he was drunk.

Concerned staff on the 300- passenger flight called 999 shortly before take-off from Gatwick Airport on January 18.

Passengers were reported to be open-mouthed as Monaghan was arrested. ‘It’s terrifying to think what might’ve happened,’ one said 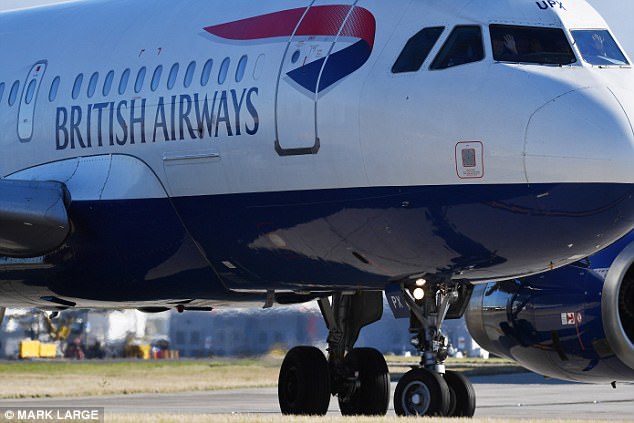 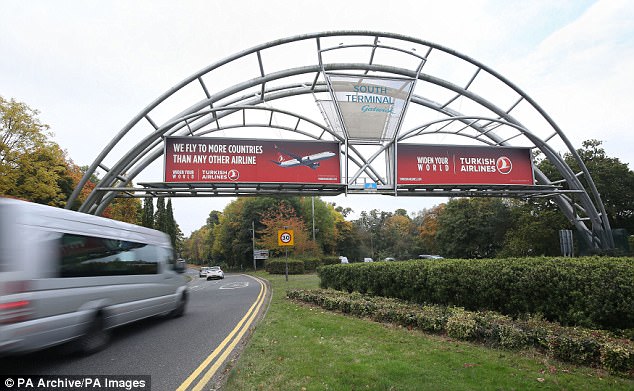 The Boeing 777 was destined for Mauritius, a 12-hour flight.

But Monaghan, a long-serving British Airways first officer, was allegedly drunk when he stepped into the cockpit.

Stewards decided to call the police before the aeroplane left the departure gate.

Monaghan was arrested and led off the aircraft in handcuffs. The incident delayed the flight’s departure by more than two hours.

A passenger who witnessed the drama aboard BA flight 2063 said: ‘Police rushed on to the plane and headed straight for the cockpit.

‘The first officer was cuffed and led away. A number of passengers were open-mouthed. It’s terrifying to think what might’ve happened.’

Yesterday Sussex Police said: ‘The Crown Prosecution Service has authorised a charge of being over the alcohol limit on board an aircraft.

‘Julian Monaghan was arrested at Gatwick Airport’s north terminal on suspicion of performing an aviation function when the level of alcohol was over the prescribed limit.

He is charged with having 86mg of alcohol per 100ml of blood in his system.’ While the drink-drive limit is 80mg, the limit for pilots is 20mg.

Monaghan, who divides his time between South Africa and Harmondsworth, West London, is due to appear at Crawley Magistrates’ Court, in Sussex, on June 6. He has not yet been asked to enter a plea.

He joined British Airways, whose motto is ‘To fly, to serve’, in 2001. First officers at the airline typically earn more than £60,000.

The flight was due to leave Gatwick at 8.20pm but was delayed until 10.56pm while a replacement pilot was found.

A British Airways spokesman said: ‘We have taken this matter extremely seriously, and will continue to assist the police with their inquiries.

The safety and security of our customers and crew is always our top priority.’

She added: ‘Julian Monaghan no longer works for the airline.’