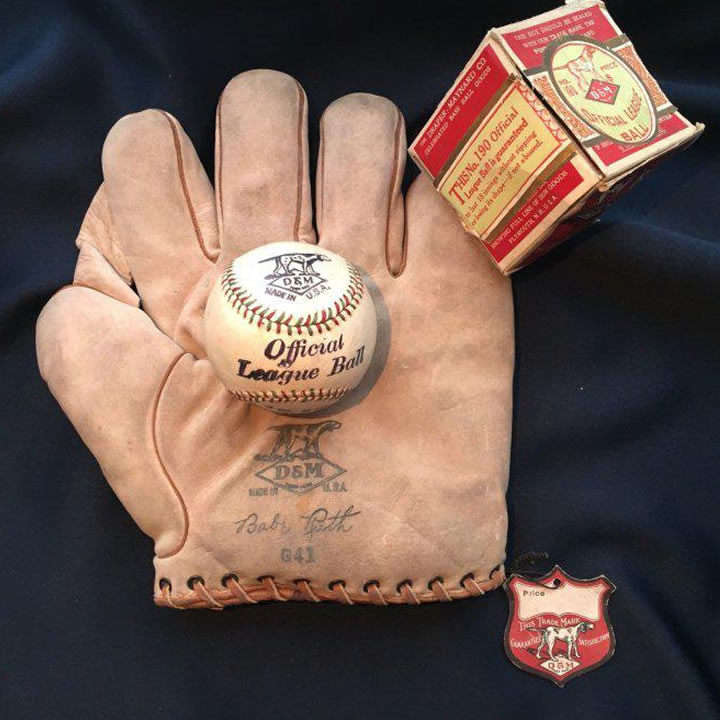 Babe Ruth could be called the best baseball player of all time, Ruth’s glove during his tenure with the New York Yankees established a record on Saturday when it was auctioned off for a whopping $1.5 million.

Babe makes a historic catch. Significant Babe Ruth professional model gloves from the Jimmy Austin collection, around 1927–1933, attracted interest from bidders across the nation and abroad.

@PSAcard verified the glove’s authenticity and determined that it could match. The Glove was also mentioned in “The Glory of Their Times” audio from 1964. The final sales price of any baseball glove sets a world record of $1,527,500.

Alvin Goodley of Rarest stated in August that a 1939 Lou Gehrig glove sold for $389,500 was the previous record for a baseball glove.

Who is Babe Ruth?

Ruth began his career with the rival Boston Red Sox before spending 15 years (1920–1934) with the New York Yankees. One season as a member of the Boston Braves marked the end of the career of the longtime MLB home run champion.

Ruth’s early career prowess on the mound and domination at the plate helped him into the Hall of Fame, but his defense wasn’t particularly well-known, which makes the glove somewhat of a special collectible.

Where does Babe Ruth come from?

When he was seven years old, Brother Matthias Boutilier of the Xaverian Brothers, the school’s disciplinarian, and a skilled baseball player sent Ruth to St. Mary’s Industrial School for Boys, a reformatory.

While there, Brother Matthias Boutlier served as Ruth’s mentor. Ruth signed a contract with the Baltimore Orioles in 1914 to play Minor League baseball, but he was quickly traded to the Red Sox.

Why is Babe Ruth one of the best in history?

Babe Ruth may also be called the hottest baseball star but certainly, by 1916, he had established a reputation as a superb pitcher who could also occasionally hit big home runs, an accomplishment unheard of for a player during the pre-1920 dead-ball era.

Ruth was a pitcher for the Red Sox for three World Series title teams and twice won 23 games in a season, but he wanted to play every day and was given permission to go to outfield.

He broke the MLB single-season home run record in 1919 with 29 after receiving consistent playing time.

Harry Frazee, the owner of the Red Sox, controversially traded Ruth to the Yankees after that season. The “Curse of the Bambino” myth gained popularity thanks to the deal, which also contributed to Boston’s 86-year championship drought.

His huge swing resulted in rising home run totals that not only increased attendance at games and the popularity of the sport but also ushered in baseball’s live-ball era, which saw the home run become a significant element in a game that had previously been a low-scoring strategy.

Ruth hit 60 home runs in 1927 as a member of the renowned “Murderers’ Row” lineup for the Yankees, breaking his own MLB single-season record by one home run.

After a brief stay with the Boston Braves, Ruth’s final season with the Yankees was in 1934. The next year, he announced his retirement from baseball. Ruth 12 times during the course of his career topped the AL in home runs during a season.

What did Babe Ruth do after Retiring?

Due to his baseball prowess and off-field propensities for drinking and womanizing, Ruth received a lot of press attention during his career.

He was not given the chance to manage a major league team once his playing career was over, most likely due to poor behavior at various points. Ruth appeared frequently in public during his later years, particularly to promote American efforts in World War II. He was diagnosed with nasopharyngeal cancer in 1946 and passed away from it two years later. Ruth is still revered in American society.