Babies and toddlers under school age will be exempt from the two-person limit on outdoor gatherings during the second national lockdown set to come into force next week.

Health minister Nadine Dorries confirmed children under school age who are with their parents, including those who are dependent on round-the-clock care, will be exempt from the rule banning gatherings of more than two in public spaces.

The move comes after Boris Johnson was last night catapulted into announcing a total four-week shutdown for England from Thursday until December 2 amid a rise in coronavirus cases across the nation.

Taking to Twitter to clarify the rules Ms Dorries wrote: ‘Children under school age who are with their parents will not count towards the limit on two people meeting outside.

Babies and toddlers under school age will be exempt from the rule banning gatherings of more than two in public spaces. (Stock image) 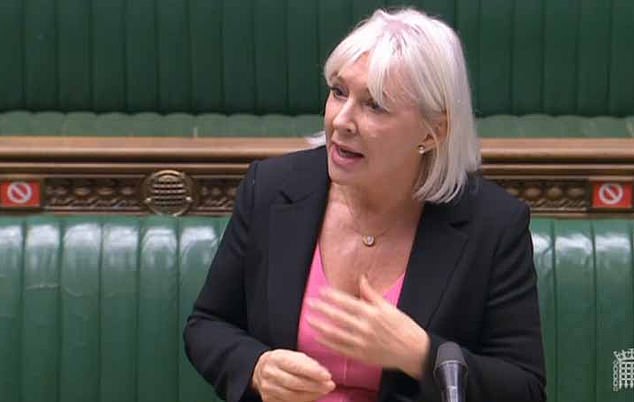 ‘This will mean that a parent can see a friend or family member with their baby or young children.

‘Children and adults who are dependent on round-the-clock care, such as those with severe disabilities, will also be included. The guidance will be updated to reflect this.’

Joeli Brearley, chief executive and founder of of the parental rights group Pregnant Then Screwed, described the update as a relief to ‘anxious’ parents but felt the welfare of mothers and their children should have been thought about from the  start.

She said: ‘The second lockdown has meant a whole host of new gaps of information for parents that we’re desperately trying to fill.

‘Parents of children under school age can breathe a sigh of relief that they can meet another person with their child.

‘These issues really do need to be considered from the outset.

‘Mums are already anxious and their mental health is deteriorating so it’s crucial that they don’t feel like an afterthought by the Government.’

Ms Brearley, whose group has campaigned on the issue, was ‘grateful’ to ministers for the positive outcome but said ‘if more mothers were part of the strategic planning and decision-making groups in Westminster then gaps wouldn’t need to be filled retrospectively.’

Prior to the announcement, parents, unable to go to baby classes during the Covid-19 restrictions, feared that government rules might have made looking after themselves and their children even harder this winter.

Conservative MP Alicia Kearns came on board with the plight of parents, saying she remembered the ‘loneliness’ of being a new mother. 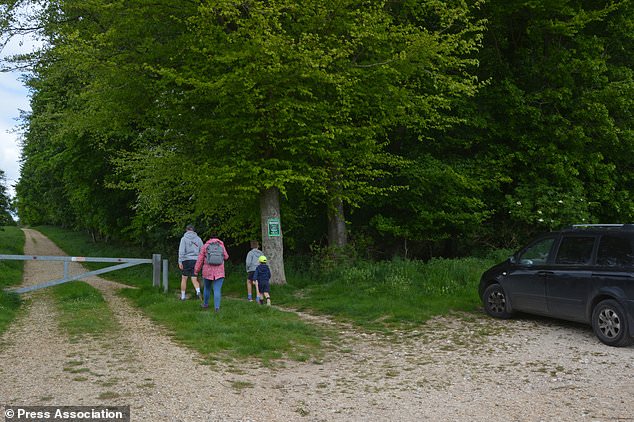 A family going for a walk at Stoughton Down in South Downs National Park, West Sussex

She called on the Government to make children under the age of one exempt from restrictions on how many people can meet up outdoors.

She tweeted: ‘As we prepare to go into a second lockdown, it’s important that we support new mums. I remember the loneliness.

‘That’s why I’m calling for under ones to be exempted from the two-person outdoor meeting rule, so that two new mums can meet together in lockdown.’

TV star Kirstie Allsopp was among those who had raised concerns, tweeting: ‘If you are allowed to meet one other person while walking outside that MUST exclude a baby in a pram, and if doesn’t it is frankly barbaric.

‘Have we learned nothing about the acute, long term danger to all family members of PND?!!!’

Meanwhile Labour MP Stella Creasy also wrote: ‘Hard to see how a baby is distinct from parent in transmission stakes at such a young age and given growing crisis of post natal maternal health vital mums not stuck at home this next month!’