Seven babies died due to failings at one of the country’s largest hospital trusts, it emerged yesterday as a leaked report claimed consultants there regularly refused to work evenings and weekends.

East Kent said it ‘wholeheartedly apologised’ to the bereaved parents over deaths dating back to 2016.

Families have raised significant concerns over maternity care at the trust, which delivers around 7,000 babies a year.

Harry Richford was born at the Queen Elizabeth the Queen Mother (QEQM) Hospital in Margate in November 2017 after he suffered complications in his delivery and aftercare, dying just seven days later.

And now a 2016 review into the trust by the Royal College of Obstetricians and Gynaecologists has emerged claiming three or four consultants ‘consistently’ failed to attend the maternity wards out of hours on weekends and evenings.

The report, uncovered by Harry’s grandfather, Derek Richford, and seen by The Independent, said: ‘This unacceptable practice has continued not to be addressed despite repeated incident reporting, with the result that this unit has developed a culture of failing to challenge these poorly performing consultants.’

Meanwhile Dawn Powell’s son Archie died at the Queen Elizabeth in Margate last February after staff failed to spot he had the common Group B strep infection and told his parents he was just ‘singing to them’ as he struggled for breath.

She said: ‘We’ve got this void in our lives where he should be.’

The trust is likely to be criticised today at the conclusion of an inquest into the death of baby Harry.

He was born in November 2017 at the same hospital, but died days later after complications. His mother told the inquest in Sandwich, Kent, she gave birth in ‘a room full of panicking people’.

The trust – which has five hospitals and community clinics – has apologised.

The seven avoidable deaths were identified by a BBC  investigation.

The seven avoidable deaths were identified by a BBC investigation. They also include that of Tallulah-Rai Edwards, who was stillborn in January last year. In the 36th week of pregnancy, her mother became anxious about the baby’s slowed movement and went to hospital for monitoring. But despite struggling to get a good heart-rate reading, midwives sent her home, saying they were satisfied with what they recorded. Two days later, the baby was found to have died.

Tallulah-Rai’s father, Nick, said: ‘We have to live with it for the rest of our lives. They don’t. They’ve probably forgotten who we are now.’

Hallie-Rae Leek died in April 2017, four days after birth. The midwife struggled to find a heart-rate and irreparable damage had been done when she was delivered. Her mother Becca said: ‘It makes me feel angry that there’s so many cases of negligence, that babies are suffering and dying.’ 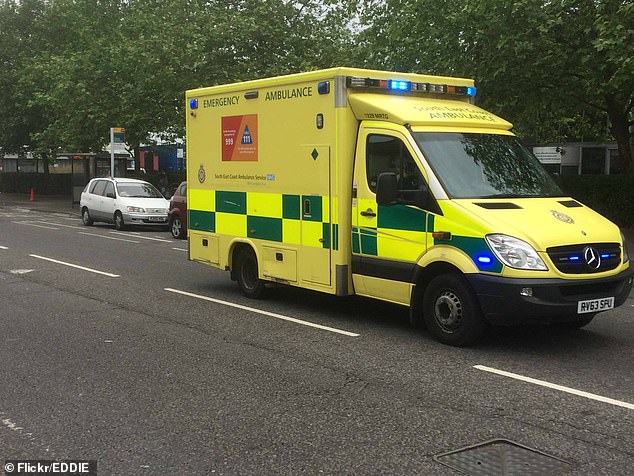 Archie Batten died in September last year, shortly after birth. When his mother called the Queen Elizabeth to say she was in labour, she was told to drive herself 38 miles to another hospital, the William Harvey. There were also two stillbirths in 2016.

It is the latest maternity scandal to hit the NHS. An inquiry into the Shrewsbury and Telford trust is examining 900 cases of babies who may have died or been left disabled due to failings.

East Kent Hospital Trust said: ‘We wholeheartedly apologise to families for whom we could have done things differently.’ It has made changes including investing in more maternity equipment.

Dr Clea Harmer of stillbirth and neonatal death charity Sands said: ‘The UK should be one of the safest places in the world in which to have a baby. Sadly, this is a stark reminder that we are currently a long way from that reality.’