Two brothers who gained notoriety for being handed some of Britain’s first Asbos have been jailed 15 years later for violence.

Shamen Williams was just 10 and his brother Tyler 13 when police exposed them as juvenile hell-raisers, naming and shaming them in mugshots.

Officers hailed the orders as ‘a superb result’ at the time, but now neighbours of the pair in Folkestone, Kent, have revealed the boys ruined their lives for more than a decade. 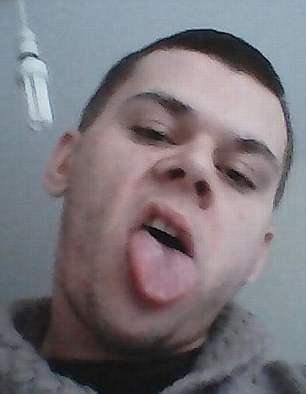 Then and now: Shamen Williams (pictured) has been jailed for attacking man with a clawhammer in his victim’s own home during a burglary

The Williams brothers were jailed last week for violent behaviour, but their father Wayne – who has six other children – says his boys need ‘support, guidance and love and attention’.

But a neighbour told the Sunday People how the youths treated Asbos as a ‘badge of honour’ and ‘were no deterrent whatsoever’.

Asbos allowed officers to jail offenders who had committed low-level offences if those offenders breached the order. 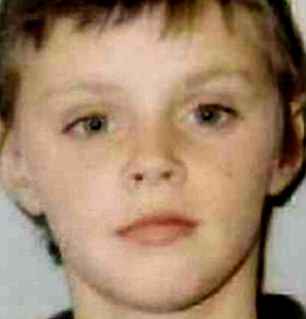 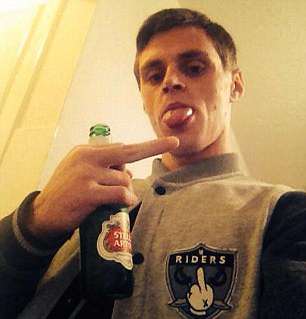 Then and now: Tyler (pictured) set his dog on three members of the public including and elderly man who refused to give him money

Threats, harassment, swearing, abusive behaviour as well as inflicting obscene gestures and humiliating others could land offenders in prison.

The boys got their Asbos when 12 locals sick of their behaviour gave evidence in front of magistrates.

But just days ago the brothers faced court again as a judge jailed them for setting dogs on people and burglary.

Tyler- who is now 28 – was jailed for six years and two months for actual bodily harm, unlawful wounding and burglary at Maidstone Crown Court.

He set his pitbulls – whose names are Sarge and Lola – on three members of the public, including an elderly man at a bus stop.

The thug unleashed his hound when the man refused to give him money and instructed the dog to ‘see him off’.

He set dogs on another victim the very same evening and the victim was left permanently scarred. 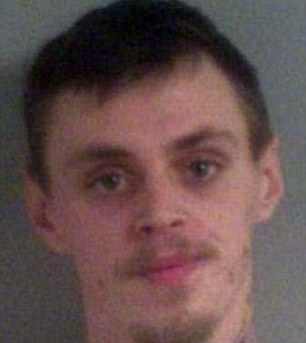 Just three days later he set Sarge on a young woman, ordering it to attack her and leaving a deep wound on her arm.

Tyler admitted eight shoplifting offences as well as breaking into a woman’s home to steal gift cards and cash.

His brother Shame – who is now 25 – was jailed for three years for wounding and burglary after he confessed to attacking a man with a clawhammer in his own home during a burglary last year.

And their younger brother – 19-year-old Brandon – was jailed for four-and-a-half years after joining in the attack.

But the teenager’s girlfriend, Rhiannon Elennah, agrees the boys ‘don’t deserve hate’ and, referring to their crimes, said ‘there’s always a reason behind everything’.

And she said ‘the person who got hurt by the dog deserved it’.

The older two brothers have amassed convictions since the Asbos, with Shamen jailed for three-and-a-half years for attempted robbery aged 18.

The orders have been replaced bu Civil Injunctions in England, Wales and Northern Ireland.

But Asbos are still used to crackdown on antisocial behaviour in Scotland.

When given an Asbo, you must follow certain rules.

If you do not, you risk more severe punishment.

An Asbo may require you to:

Stay away from a particular place.

Work on improving your behaviour.

Fix damage you caused to another person’s property.

After being let out early, he was free for just one month and then jailed for 15 months after he and his father attacked a man in the street.

Wayne – who was 41 at the time – had shouted ‘what you looking at nonce?’ at a stranger in the street, who Shamen then struck with an aluminium bar.

The father then got the man in headlock, threatened to kill him and slashed his face with a flick knife.

A judge said Wayne had ‘an appalling record of violence’ as he admitted wounding with intent and was sentenced to five years and eight months in prison.

Shamen threatened to stab a man, aged 49, after stealing his bicycle just two years later and was jailed for 18 months when officers spotted him riding the bike in Kent.

When the brothers were given their original Asbos back in 2003, PC Richard Lester said the orders would send a ‘clear message that the police, the community and the courts will not tolerate anti-social behaviour’.

Now neighbours are looking forward to a life free from the brothers, with one writing online that they ‘got some growing up to do inside’, adding: ‘Let’s see how you get on without dogs and baseball bats.’

Another said: ‘They’ll be released and back into crime before you know it. They obviously don’t have a brain cell between them.’

A taxi driver who was too frightened to be named due to potential repercussions said the brothers call thesmselves ‘GWA – Gangstas With Attitude’. 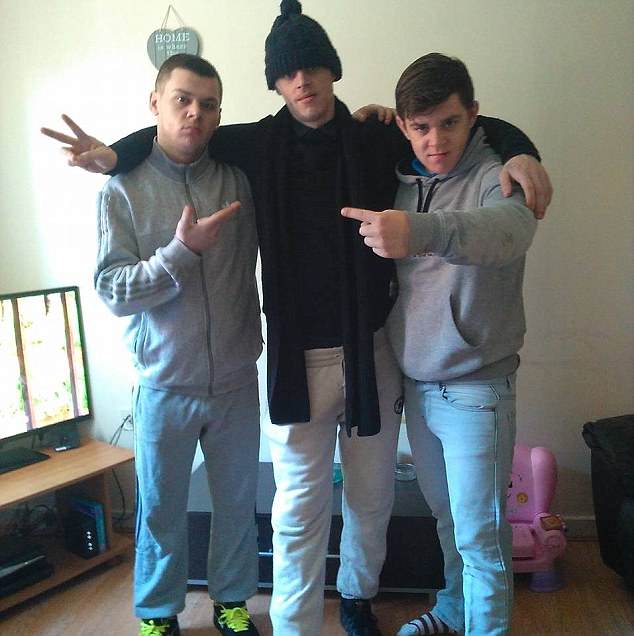 The Williams brother have gained notoriety in Folkestone, where they call themselves Gangstas With Attitude

One ex-neighbour said living near them was like ‘living next door to an episode of Jeremy Kyle’, adding the would wake up at midday and drink until the early hours.

Police have hailed this latest jailing as a job well done once again, with Detective Inspector Cara Ferguson saying: ‘They have each received time in prison where they can no longer pose a threat to the public.’

But a neighbour of the boys isn’t so confident and said: ‘I’m sure this isn’t the last we’ve heard of these two idiots.’