Baby girl, 2, faces being orphaned after her dad was killed in crash that left mum clinging to life

A Queensland woman is fighting for her life after a horror crash that killed her partner and left their two-year-old daughter facing the prospect of being orphaned.

Tamzyn Rodda, 21, was thrown through the front windscreen together with her partner Slayde Collins, 24, after Mr Collins lost control of his Toyota Hilux on Chambers Flat Road in Brisbane’s south just before 1.30am on Sunday.

It is believed the pair were dropping two friends home when their vehicle rolled near a notorious blackspot and they were flung through the windshield on to a grassy verge in front of a Chambers Flat property.

Mr Collins, a dedicated father to the couple’s two-year-old daughter Grace Marie, died at the scene.

Slayde Collins, 24, holding his beloved two-year-old daughter Grace Marie. Mr Collins was described as an amazing father. He was tragically killed when his Toyota Hilux rolled 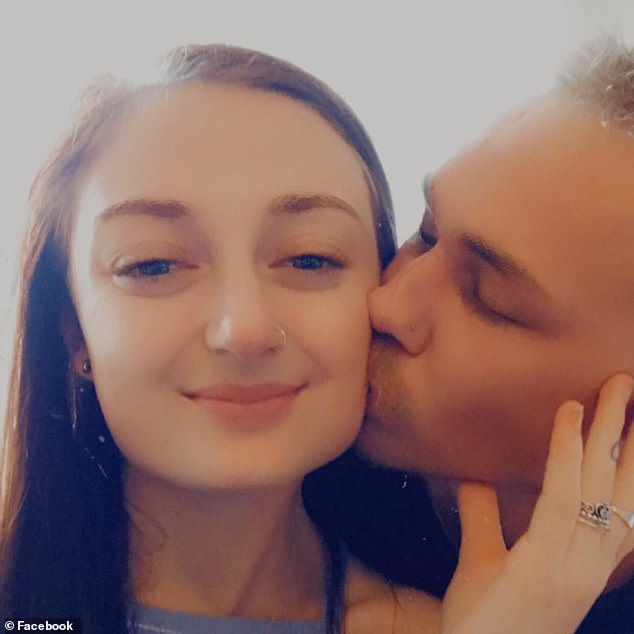 Tamzyn Rodda, 21, (left) with her partner Slayde Collins (right). The pair were thrown through the windshield of their Toyota Hilux as it rolled

Local resident Colin Chapman came out of his house to find the terrible scene and said he held Mr Collins in his arms as he died.

Mr Collins’ partner Tamzyn had been sitting in the front passenger seat at the time of the crash and was critically injured.

She was rushed to the intensive care unit of Brisbane’s Princess Alexandra Hospital.

On Monday she remained in intensive care in a stable condition with injuries to her head and pelvic region.

The couple’s two-year-old baby daughter Grace Marie is being cared for by family members as relatives and friends rallied around the young family.

Tributes poured in for the devoted young father from devastated family and friends as news of Mr Collins’ death spread. 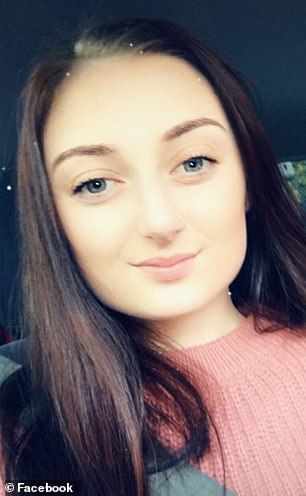 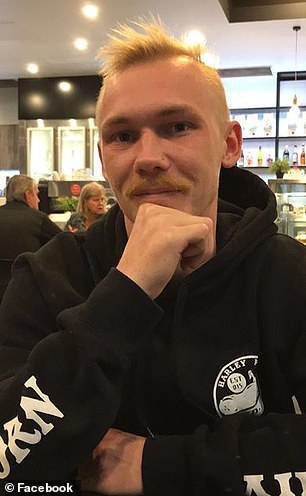 Tamzyn Rodda (pictured left) was in a stable condition in intensive care on Monday with head injuries. Her beloved partner Slayde Collins (right) was killed in the crash 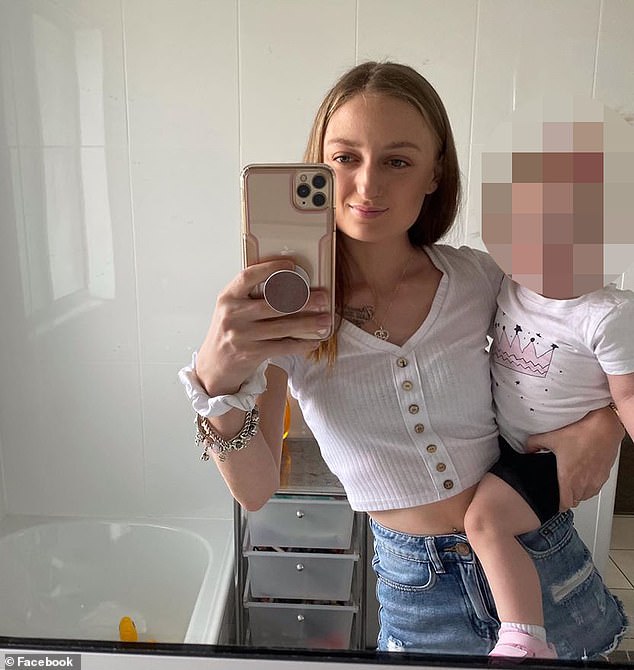 Tamzyn taking a selfie with baby Grace Marie. The family is now rallying around the pair

‘Watching you grow into a young man, an amazing dad to Grace, a hard worker and larrakin was an absolute pleasure,’ wrote Carly Downer.

‘My heart is broken to see such a wonderful, kind-hearted soul gone too soon – you will be forever missed Slayde Collins.’

Logan resident Aaron Lecomber who shared a circle of friends with the couple said the tight-knit community had been deeply hurt by the tragedy.

‘It’s a difficult time because everyone knows each other through mutual friends,’ he told the Courier Mail.

The community had not yet recovered from the loss of Aaron Young last month, who was killed while loading a trailer in Beenleigh.

Mr Collins’ devastated mother Mel Collins, grandmother to Grace, posted a beautiful photo on Facebook of her son cradling his newborn daughter, along with a photograph of Slayde with his motocross bike.

‘My baby doing what he loves,’ she wrote.

There were two other women in the Toyota Hilux at the time of the crash, one aged 25 from Holmview and one aged 19 from Crestmead. 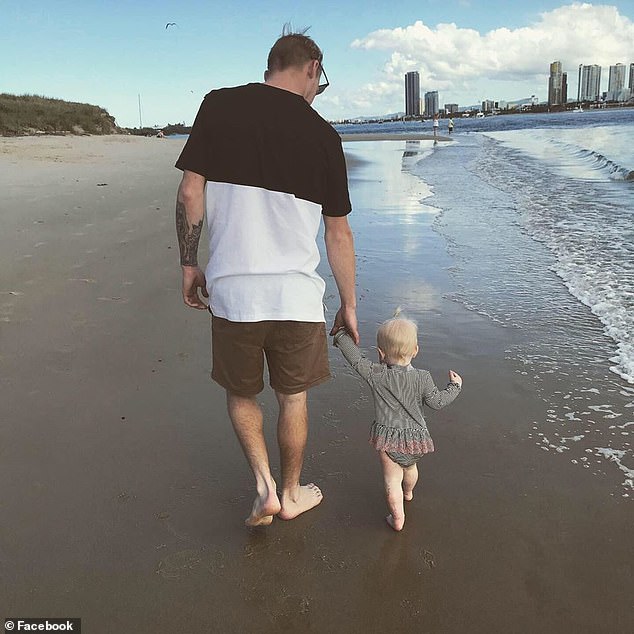 Slayde Collins taking his tiny baby daughter Grace for a walk along the beach. Family members described Slayde as an amazing father and a kind-hearted, gentle soul

Emergency services at the scene of the fatal crash

Both suffered minor injuries and were treated by paramedics at the scene, police said.

The crash happened on Chambers Flat Rd on a curve near Kenny Rd, a blackspot near where a 27-year-old man died last year when his motorcycle collided with a car turning into Isla St.

Logan City Council has reviewed the speed limit on the street a number of times and residents have been calling for the road to be fixed.

Residents will meet Council officers on Wednesday to discuss the issue, The Courier Mail reported.

The crash brought Queensland’s road toll to 117 with five fatalities in just 48 hours.

Police from the Forensic Crash Unit are investigating and have asked anyone with information to please contact Queensland police.