Baby possum rescued from mother’s pouch after she was eaten by a python in Coolum Beach, Queensland

A baby possum has been rescued from its mother’s pouch just seconds before a huge python devoured her.

The three-metre long snake attacked the possum at the Coolum Beach caravan park, on Queensland’s Sunshine Coast on Wednesday morning.

The python climbed up a tree and strangled the mother to death as horrified campers watched on.

Debbie and Richard Kemps who were staying at the park said the snake killed the possum in a few minutes.

‘We have a small dog, the possum was probably bigger than a dog. You imagine what it could do to some of the pets here,’ Mr Kemps told the ABC.

‘The (caravan park’s) caretaker noticed the pouch and went and pulled a baby out of it,’ Mr Kemps said.

The python slithered underneath a car before engulfing the possum. 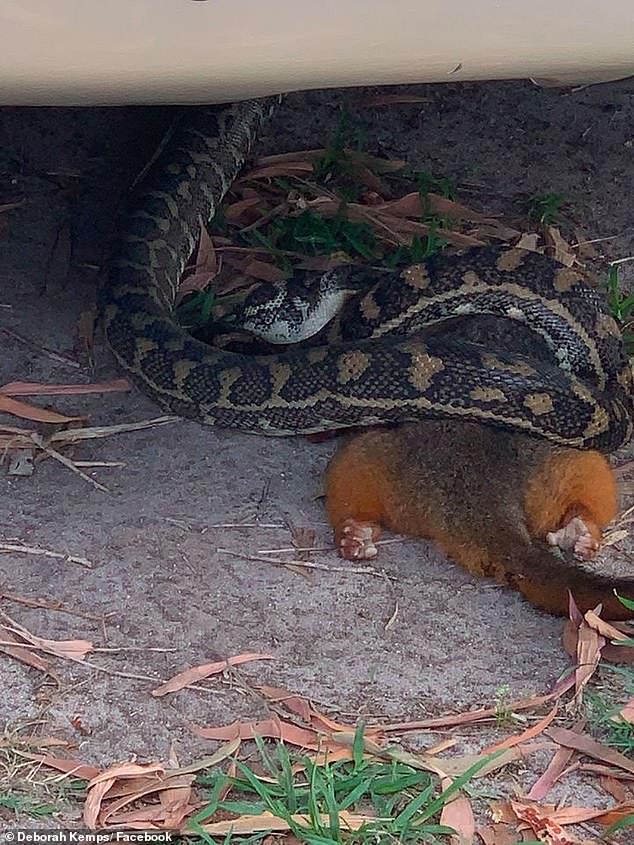 The caretaker then used a broom to push the snake back into the bush after it had finished eating.

‘It wasn’t scared of any of the people around,’ Mr Kemps said.

The baby was only a few cent-metres long but miraculously survived and was picked up by wildlife officers from Australia Zoo. 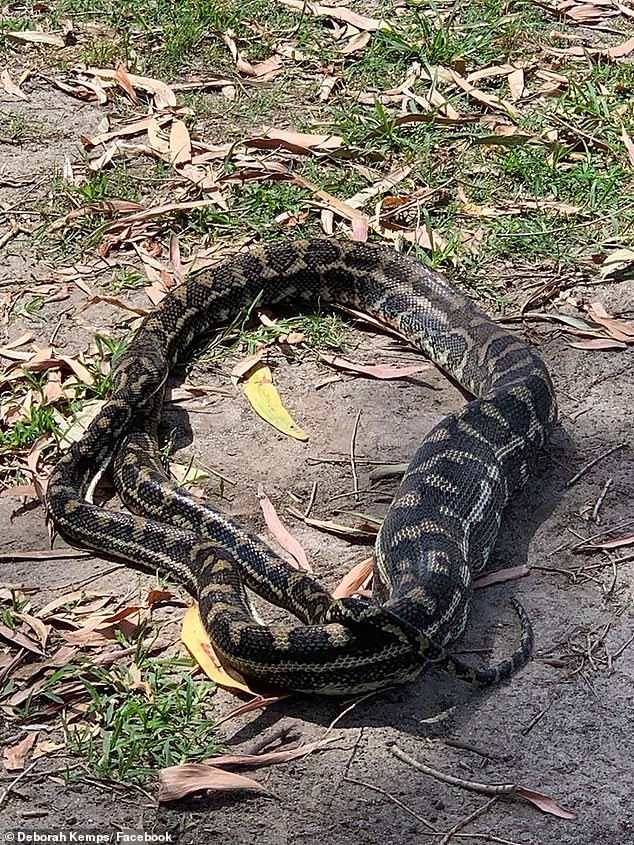 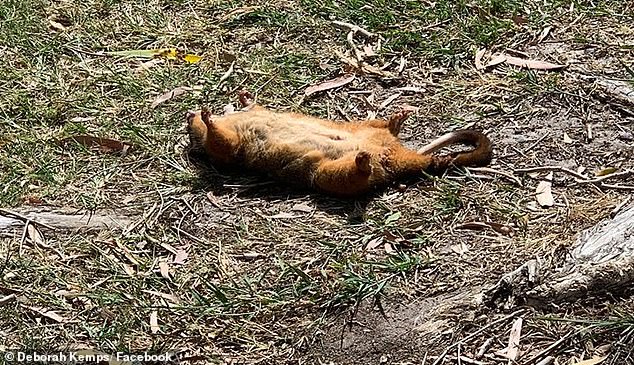