A baby wombat in a pouch waved a paw at animal rescuers from her dead mother’s pouch in astonishing footage.

The baby wombat was trapped in the pouch after her mother was hit and killed by a car near Bundanoon, New South Wales.

In the footage filmed by John Creighton, 59, from Wombat Care, local wildlife rescuer, Loma, exclaims: ‘She’s waving at us.’ 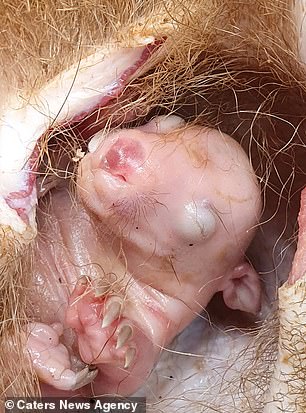 The baby wombat was saved from her dead mother’s pouch after she is spotted waving for help in Bundanoon, New South Wales 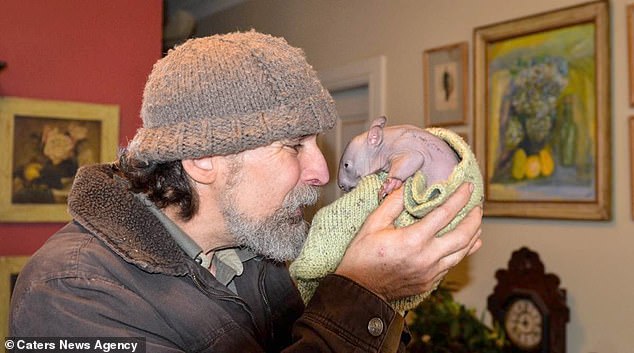 John Creighton, 59, from Wombat Care, who drove to the scene to rescue the joey and filmed her waving at himself and local wildlife rescuer, Loma

As the baby waved for help, John quickly cut the mother’s pouch to release her.

Walkers had alerted the wildlife rescuers to the dead mother wombat in the road. Loma pulled the animal to the side of the road and suspecting she might be carrying a joey, called out John.

John said: ‘When we turned her onto her back we were both so surprised to see a little pink wombat’s arm and hand sticking out of the pouch waving at us as if to say, “I am here, I am alive, keep me safe, help me please”. 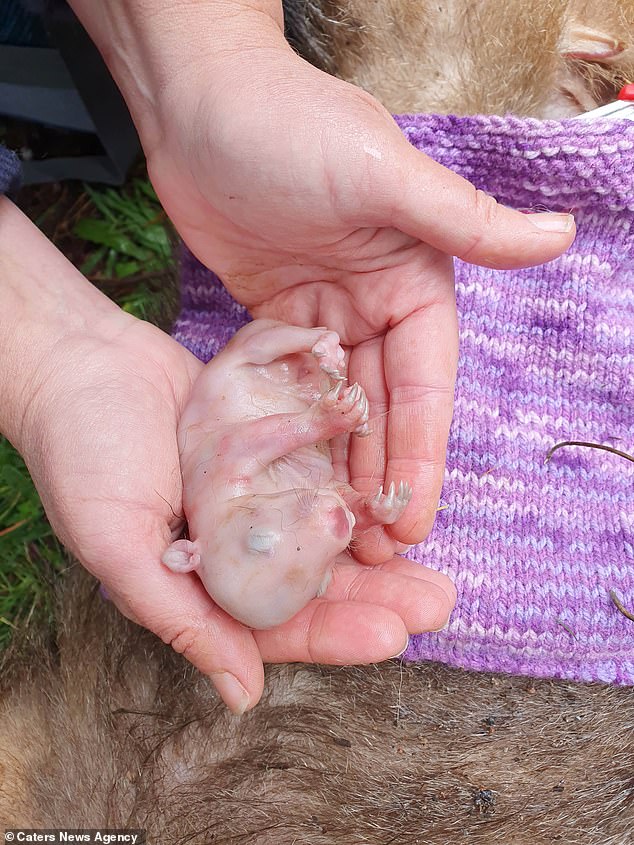 Rescuer John says: ‘We were both touched by this silent plea for help, and thankfully, I pulled out my camera to film and photograph it’

‘The mum and joey had been left on the roadside for almost six hours, it was a cold morning and she was slowly freezing as she stayed as warm as she could in mum’s pouch and quietly awaited rescue.

‘We were both so shocked and moved by what we saw before us.

‘We were both touched by this silent plea for help, and thankfully, I pulled out my camera to film and photograph it. 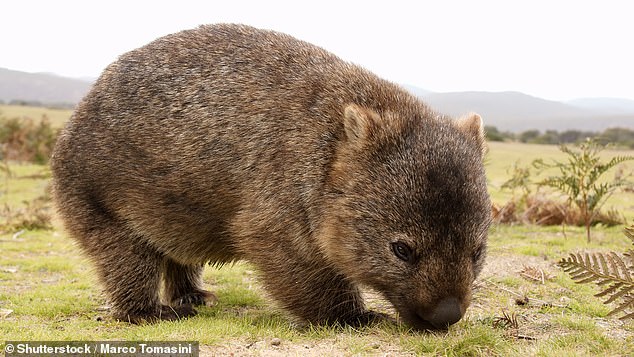 Wombats are short-legged, muscular quadrupedal marsupials native to Australia. They are about 1m in length. Pictured: Close up of an adult wombat in Narawntapu national park 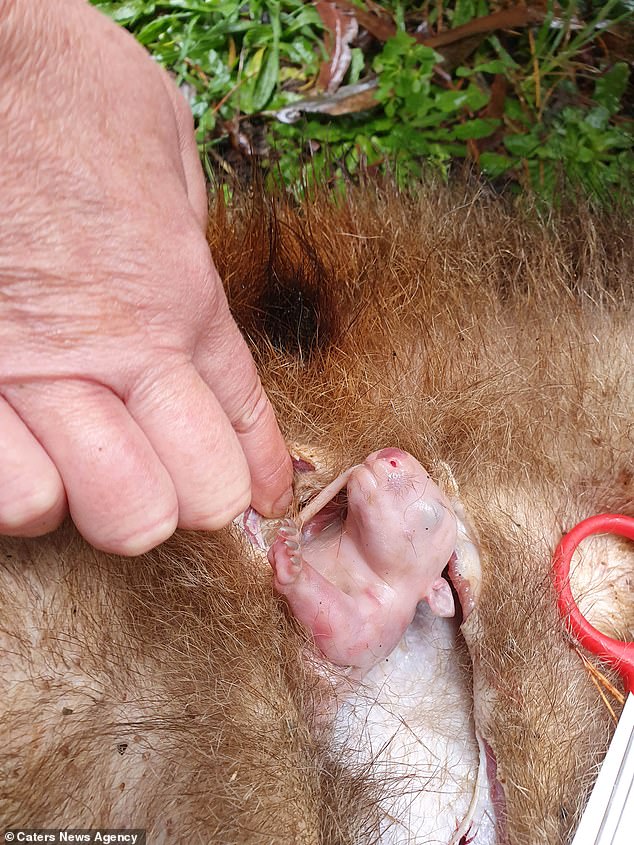 ‘You can hear the excitement and joy in our voices as the little wombat slowly waved out at us for help. It was such a beautiful and unforgettable moment.’

The wombat made a full recovery and is now being cared for by volunteers.

John added: ‘We took her immediately to our local vet to be further assessed, she then went into wildlife care and into the hands of an experienced and dedicated, specialist carer of “pinkies”.’

The baby wombat was found only a few hours before she would have died due to the cold weather last month and now she’ll spend time in constant care until she is strong enough to be released into the wild.