This adorable baby gorilla appeared to be having a bad hair day when she was snapped by wildlife photographers sporting a frizzy mop and a cheeky grin while clinging onto her mother.

The three-week-old infant was spotted by British photographer Kirsty Taylor, as she travelled around the Volcanoes National Park, Rwanda – who was determined to capture the little one’s untamed look.

In the photos the beautifully-coiffured youngster is pictured enjoying a heart-warming cuddle with her mum while her wild mane takes centre stage.

Gorgeous gorilla: The three-week-old infant flashes a gummy smile while sporting an incredibly full head of frizzy hair in the mountains of Rwanda’s Volcanoes National Park 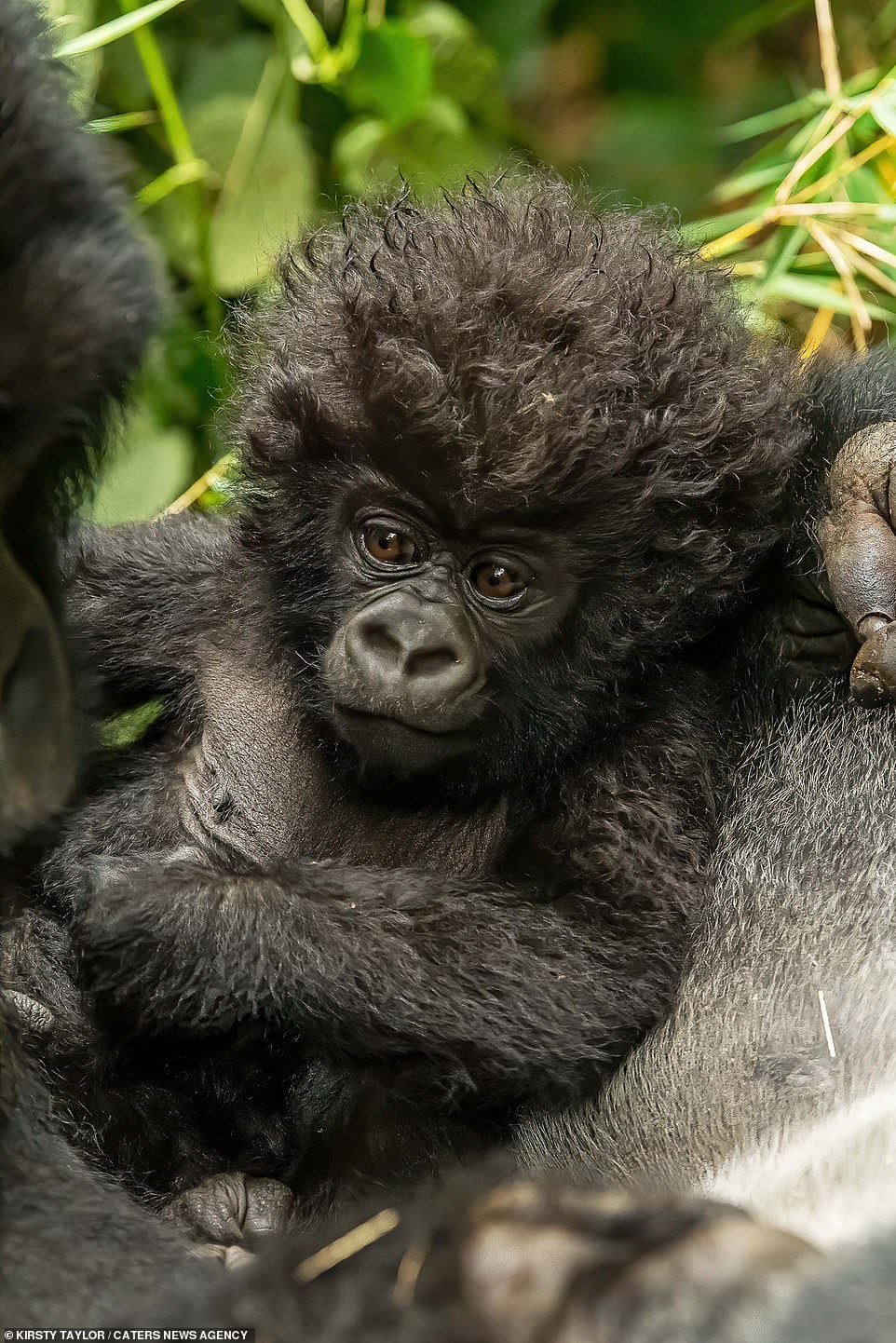 Safe and sound! Sheltering in her mother’s arms the little one does not look too perturbed by the presence of humans

Kirsty explained: ‘I’ve wanted to see Mountain Gorillas in the wild since I was a little. I’d learnt about them from my Animal Encyclopedia book that I received on my 8th birthday, and from watching the old Tarzan films.

‘When I finally made it on the trip, we were lucky enough to spot some gorillas just over the Rwandan border.

‘One female had a tiny 3 week old baby gorilla tucked into her arms who popped its head up when we stopped to watch them.

‘The pictures show the baby’s curly hair-do and how small and vulnerable he is compared to the adults. 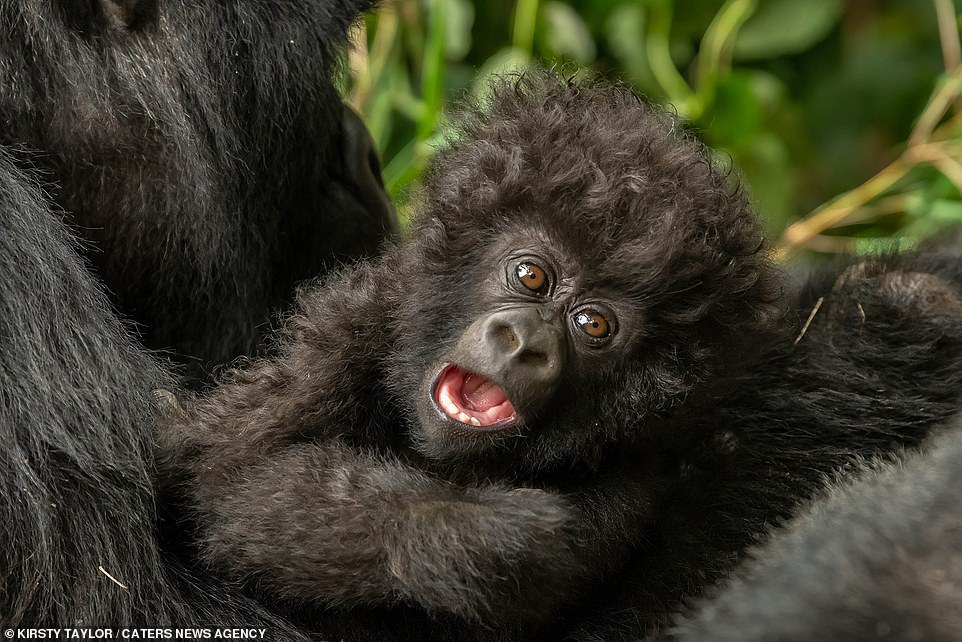 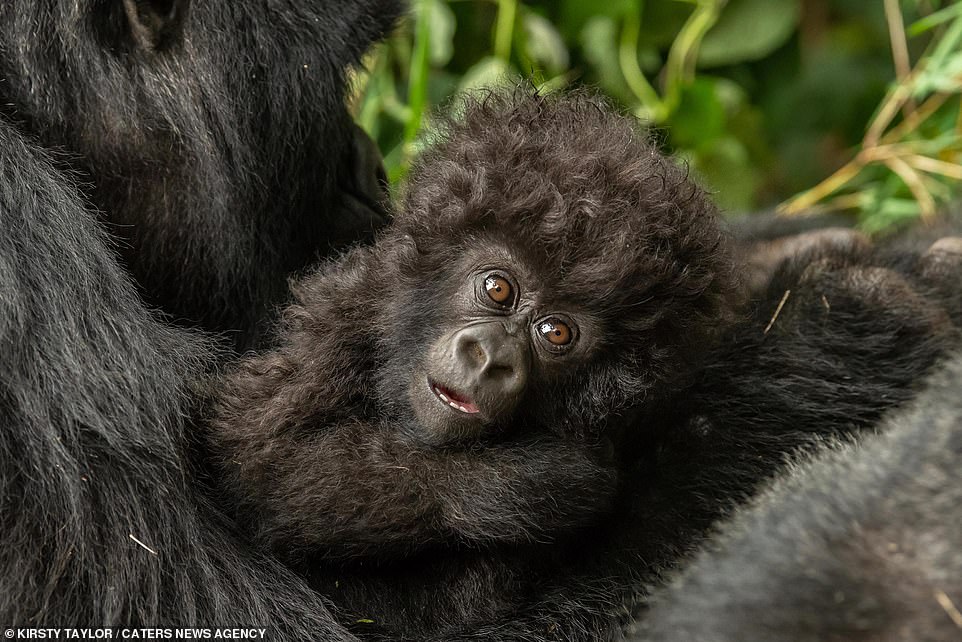 Despite the mature head of hair the infant will stay with its mother, relying on her for food and safety, for the next three to four years 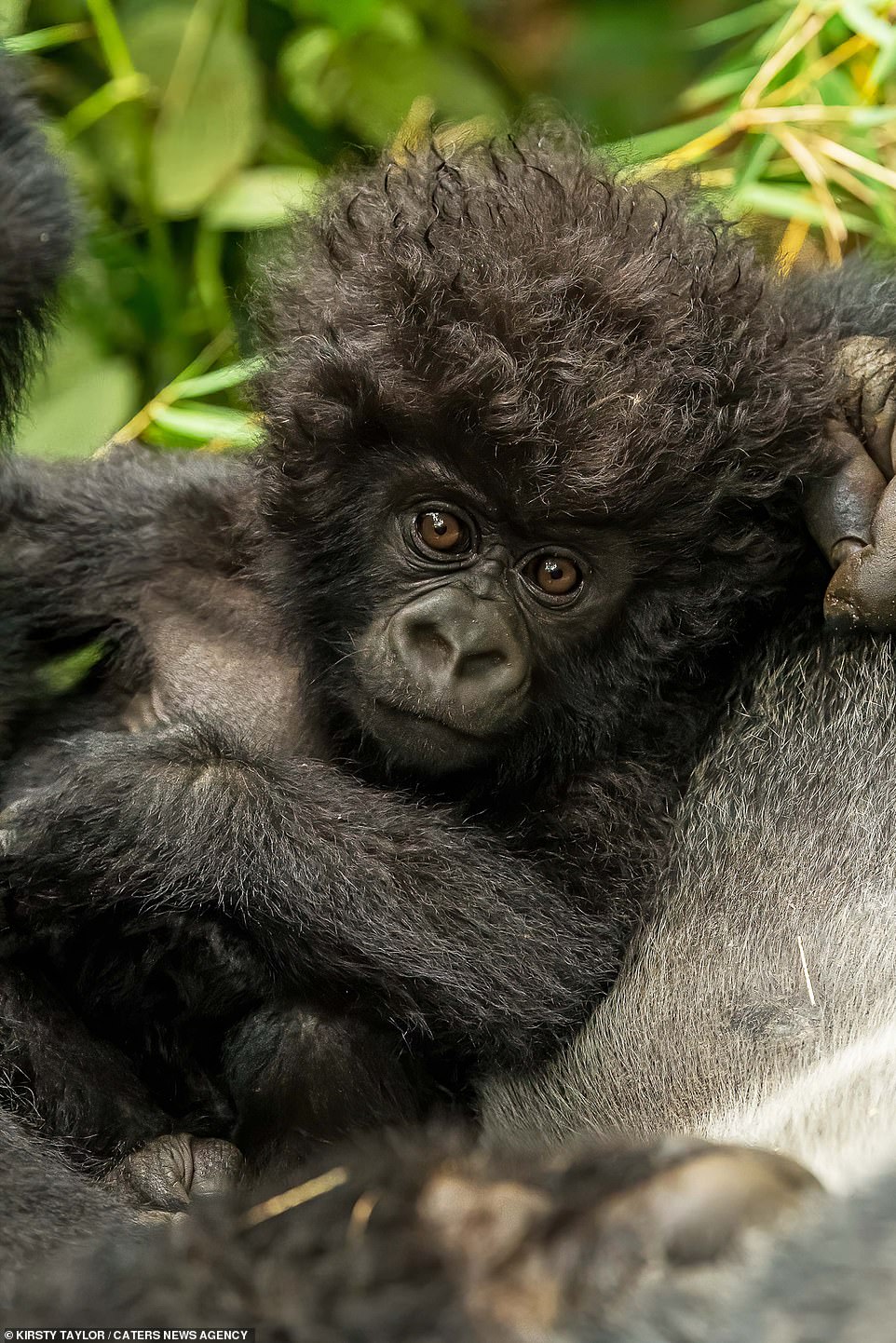 For now the baby gorilla’s mother has to hold on to the youngster, at around two months old the little ones learn to cling to their mother’s backs

‘We only had a few minutes with the little family as we were on our way back down the mountain after our hour’s viewing was up and were lucky to see them!

‘I love the eye contact and the expression on the little baby’s face, looking at us like he’s not seen many humans before – and of course the the cute curly hair!

There are aproximately 1,000 mountain gorillas in Rwanda, living up to 13,000ft above sea level the gorillas often have thicker fur than other great apes to help them survive low temperatures. 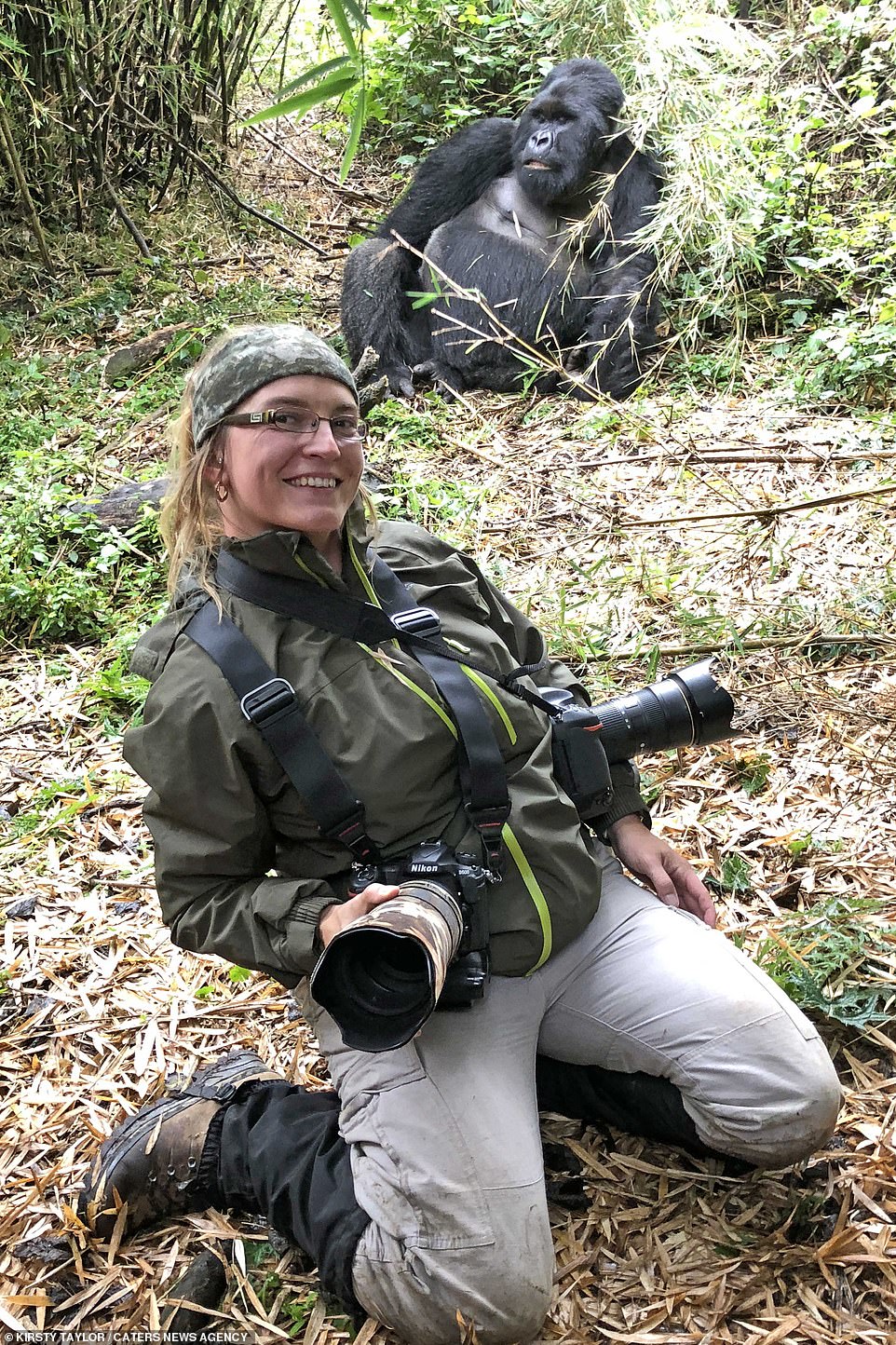