Babysitter, 40, is charged with manslaughter after ‘taking fentanyl pill and falling asleep on top of nine-month-old baby who suffocated’


A woman in Florida was arrested in the death of a nine-week-old baby that she was babysitting in June 2021 after allegedly taking fentanyl pills, then falling asleep on and suffocating the child.

Mary Elizabeth Evans, 40, of Panama City, Florida, has been charged with aggravated manslaughter of a child, according to the Bay County Sherriff’s Office.

Emergency responders rushed to a home in Fountain – roughly 30 miles away from Panama City – on June 6, 2021 to find Evans lying unconscious, sitting on the side of a bed, with her upper body crushing the infant she was babysitting, according to a press release from the Bay County Sheriff’s Office.

The unidentified child was pronounced dead after being taken to a local hospital. Medical staff were able to revive Evans. It was unclear whether the accused has an attorney who can speak on her behalf.

Mary Elizabeth Evans, a 40-year-old woman from Panama City, Florida, was charged with aggravated manslaughter. In June 2021, she was found unconscious sitting next to her bed with half of her body on top of the newborn. She is incarcerated in Bay County, awaiting a hearing and sentencing

An investigation determined that Evans had bought narcotics earlier in the day and had taken them by crushing and snorting the pills before her babysitting shift with the newborn, according to authorities.

A blue pill that investigators found on the floor of the bedroom where Evans had gone unconscious was later confirmed by the Florida Department of Law Enforcement to be fentanyl.

Police said that Evans took fentanyl before passing out on the victim, suffocating the baby to death.

‘Investigators determined that Evans had purchased narcotics earlier that day and had ingested them by crushing and snorting the pills before taking care of the child,’ police allege.

‘Evans was discovered unconscious, sitting on the side of her bed, with her upper body completely covering the child.’

Evans was booked into Bay County Jail as she awaits her first court appearance. 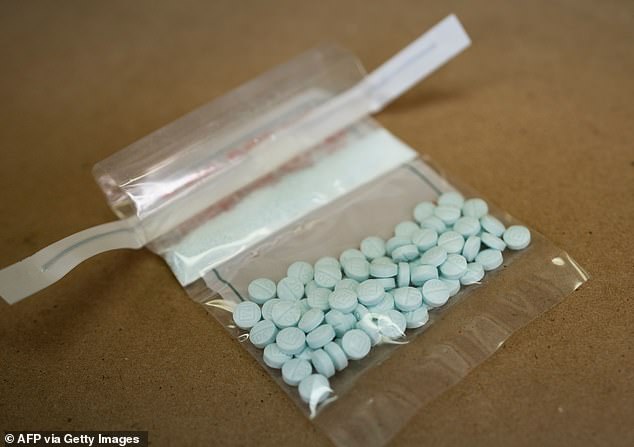 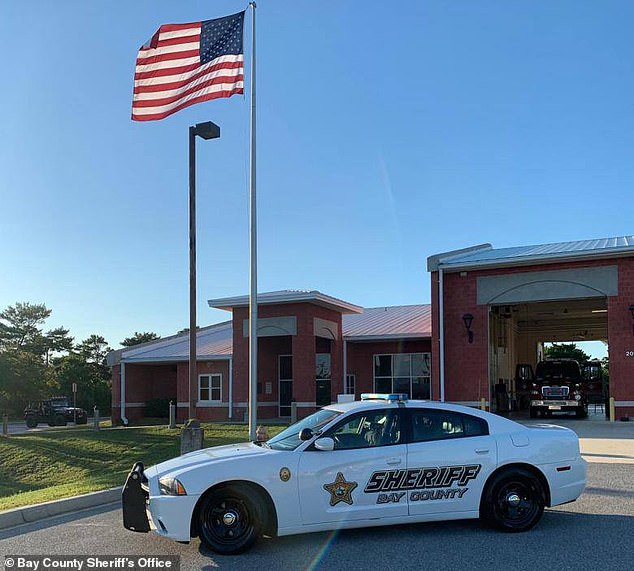 The Bay County Sheriff’s Office found Evans lying unconscious, sitting on the side of a bed, with her upper body crushing the infant she was babysitting in June of last year

Information about her bail has not yet been made public.

It is not yet clear whether she would have pleaded guilty on Thursday, says PEOPLE.