She lost her passport, she cancelled a girls trip to New York and she had to do a last-minute 10-hour road trip to Melbourne.

But on Christmas Eve, it was all worth it for Bachelorette Sam Frost, 28, who gave her mother a genuine Christmas surprise on Sunday.

In a video posted to her Instagram, Sam can be seen racing out the back door of her parents’ Melbourne home and excitedly yelled, ‘Mum, what are you doing?’, giving her the shock of her life.

Christmas surprise: Former Bachelorette Sam Frost, 28, has shared an emotional video to Instagram of her surprising her mother on Christmas Eve after a last minute decision to drive from Sydney to Melbourne

The Home and Away actress’s mother seemed dumbfounded at first before excitedly hugging her daughter in the tender moment and responding: ‘what are you doing?’

‘Merry Christmas,’ Sam then said, before the pair embraced for a few seconds, at which point Sam’s mother touched her face and said ‘but I thought…’

With her mother trailing off, the duo hug again.

In the caption for the video, high-spirited Sam seemed thrilled to have made the most of her recent bad luck in order to surprise her family.

‘One lost passport. Two week holiday with my girls to New York in the bin … Last minute 10 hour roadie Sydney to Melbourne to surprise my mum for Christmas … totally worth it … Merry Christmas beautiful humans, lots of love xxxxx.’ she wrote. 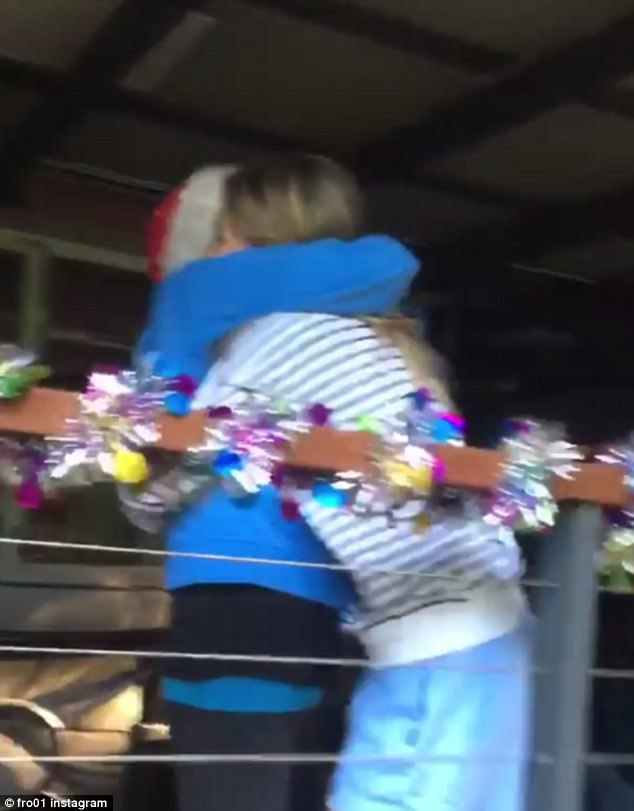 Hugging it out: The Home and Away newcomer and her mother embraced after Sam raced out the back door and said excitedly, ‘Mum, what are you doing?’

It was a nice ending to a not-so-stellar week for high-spirited Sam, who was meant to be enjoying a white Christmas in New York City.

Last Friday, only one day before she was meant to fly out to the Big Apple, she shared her anguish to social media about not being able to locate her passport.

Taking to Instagram to reveal her upset about the unfortunate situation, the former Bachelorette shared a photo of a heap of clothes and towels on the floor, along with the caption: ‘I’ve tipped my house upside down trying to find my passport.’ 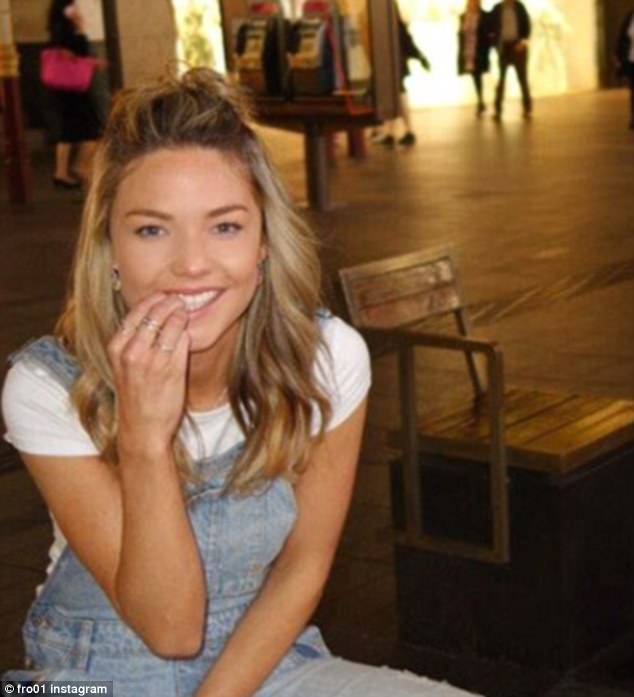 Making lemonade out of lemons:  Though she was supposed to be in New York, Sam made the most of her lost passport debacle

She went on: ‘Supposed to be flying to New York tomorrow morning,’ adding two crying emoji faces and the hashtag #worldsmostuselesshuman.

It comes after Sam took to Instagram to complain about feeling grumpy the morning after attending the Home And Away Christmas party.

In the image, a stoney-faced Sam was seen sitting on a wooden table next to an array of take-away food. 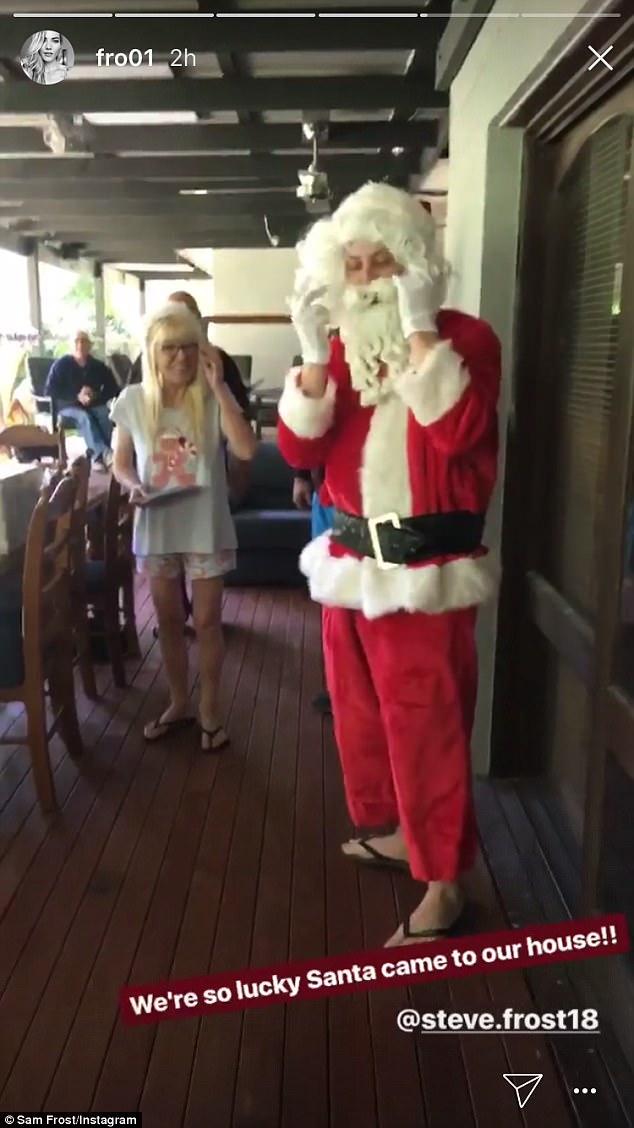 ‘Tis the season: Bachelorette Sam Frost surprised her mother on the weekend with a visit home after she was forced to cancel a planned trip to New York City with friends

‘Warning. Nobody talk to me,’ Sam jokingly wrote in the caption.

‘I just ate waaay too much. Now I’m so full, I feel like I’m going to burst. Super Grumpy. And I just want to sleep for a week.’

However, a surprise visit to her mother’s house seems to have lifted the star’s spirits, with Sam posting a number of happy snaps from her parent’s house.

After the arduous trip, the new arrival at Summer Bay posted images from a relative’s house of herself dressed in a T-shirt, shorts and a Santa hat. 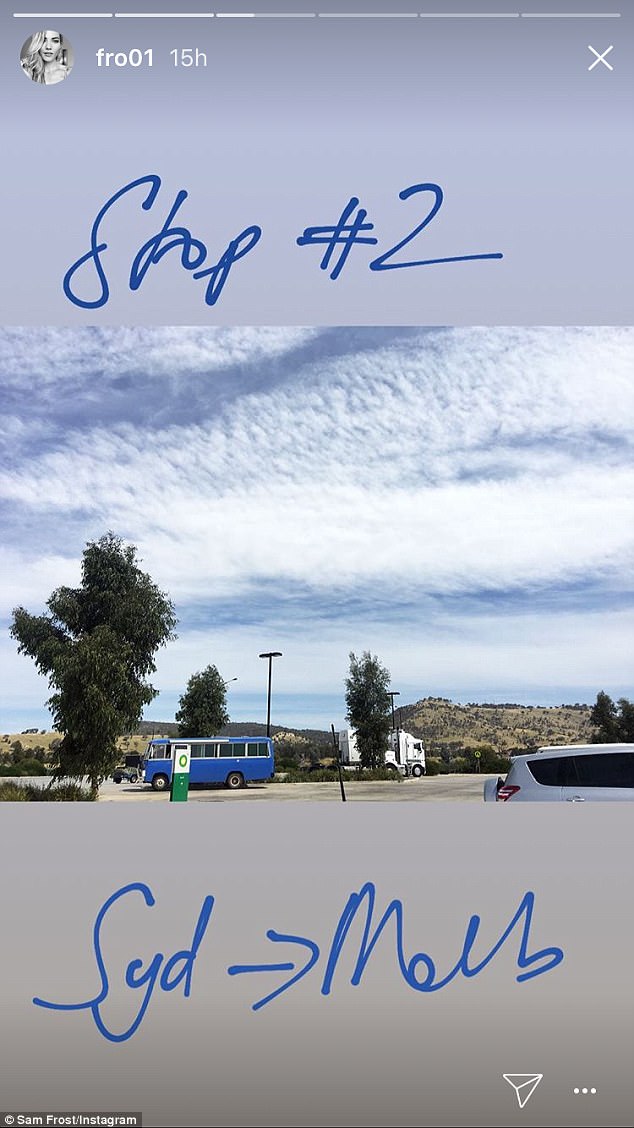