Back to reality! Meghan Markle’s mother Doria takes her dog for a walk in L.A.

This time last week, she had the eyes of the world on her as she sat in St George’s Chapel watching her only daughter marry Prince Harry.

But on Friday, Meghan Markle’s mother Doria Ragland was seen slipping back into her normal L.A. routine as she took her pet dog for a walk.

With the excitement and chaos of the royal wedding behind her, Ms Ragland looked at ease as she strode through her neighborhood in a brightly colored outfit. 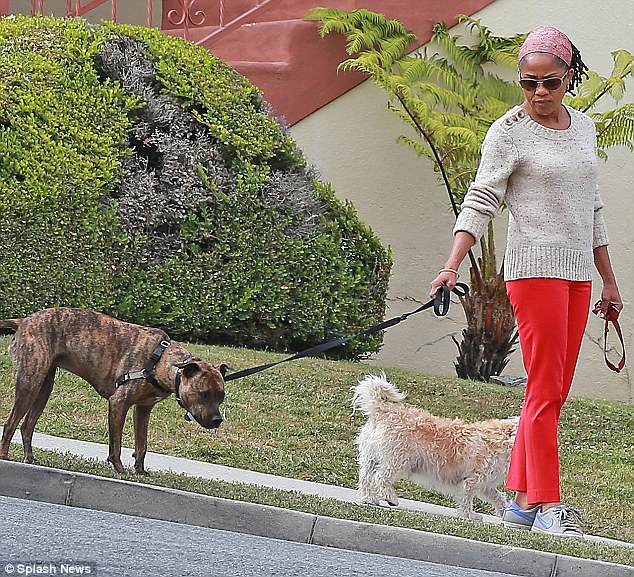 Doria was dressed in red pants, a beige sweater, sneakers and a red headscarf for the outing

She kept a pair of sunglasses on throughout her jaunt and wore a festive, red patterned head scarf.

She is the only member of Meghan’s family who has not sought to humiliate her by cashing in on her Royal marriage.

Ms Ragland was also the only one of the actress’s relatives who was seen at the wedding last week.

She accompanied her in a car to the chapel at Windsor Castle then watched on, blinking away tears, as Meghan and Harry said their vows. 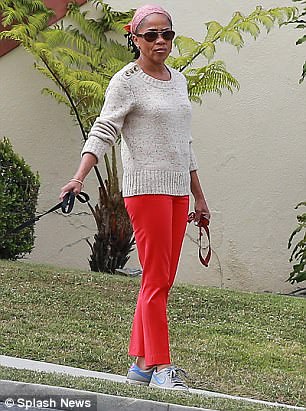 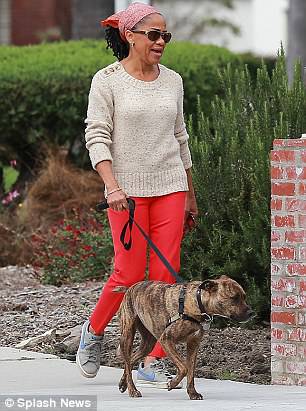 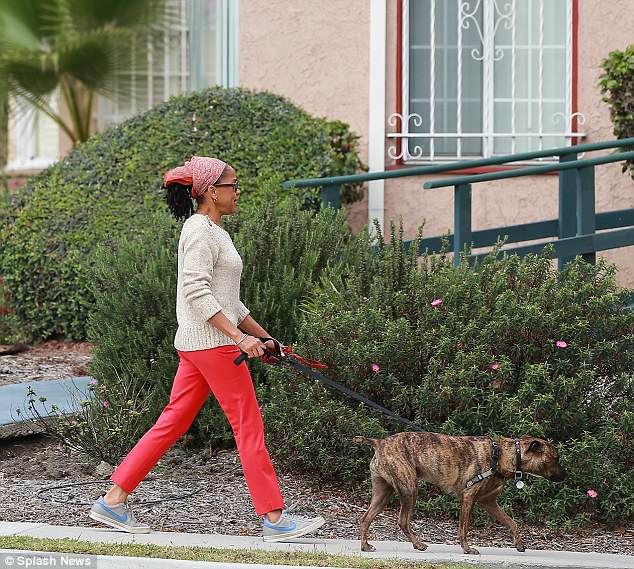 Afterwards, in a touching gesture of hospitality after their children tied the knot, Prince Charles accompanied her out of the church and then took her arm on the steps of the chapel to pose for photographs with his own wife, The Duchess of Cornwall.

Ms Ragland’s dignified silence about the royal romance is in stark contrast to the headline-grabbing insults thrown around by Meghan’s half-siblings.

It also coincides with her father’s staging of paparazzi photographs in Mexico. 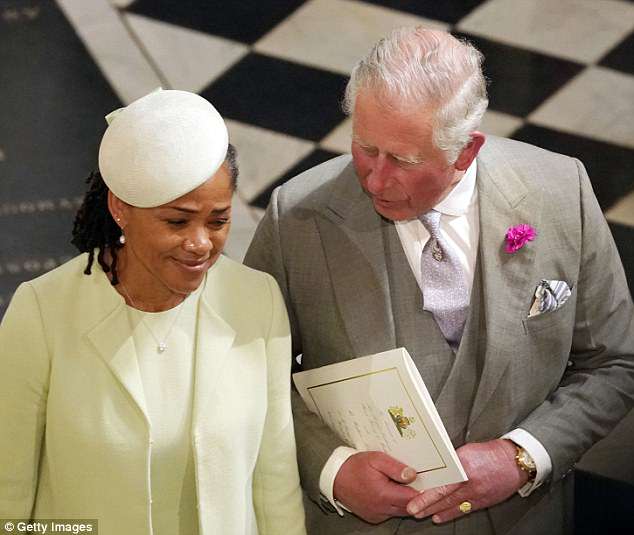