England and Pakistan were set for another frustrating day as rain and bad light caused further delays on the third morning of the second Test.

Just 86 overs were possible on the first two days, leaving 94 unbowled, and more bad weather closed in on Saturday morning to prevent the scheduled 11am start at the Ageas Bowl.

Pakistan were 223 for nine overnight, with Mohammad Rizwan leading the way on 60 not out, but hopes of advancing the game sufficiently over the weekend receded sharply under leaden skies in Southampton.

Stuart Broad jumped to the defence of the under-fire umpires on Friday night after bad light controversially reduced play to just 40.2 overs on a frustrating second day of the second Test.

Even though there was little rain in Southampton after the delayed start, English officials Richard Kettleborough and Michael Gough decided the light was not good enough after tea, despite floodlights shining down brightly on the Ageas Bowl.

‘It’s a tricky one because player safety is very important,’ said Broad, who took the key wicket of Babar Azam and continued his purple patch with figures of three for 56 by the premature close. 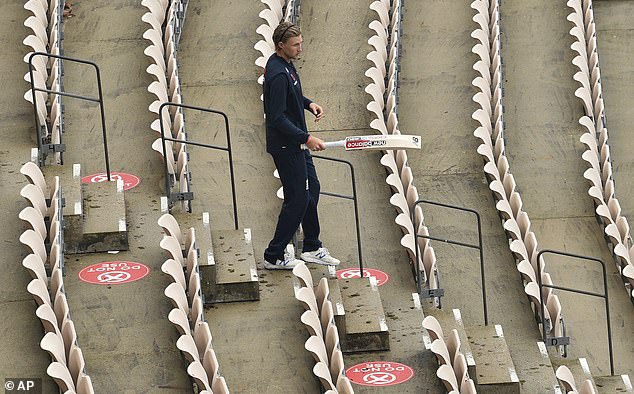 ‘If bowlers are operating at 85mph-plus and it’s gloomy out there, it can be dangerous. The officials were right to bring us off because it had fallen below the darkness we came off in earlier in the day,’ Broad told the BBC.

‘All our players came off saying, “I wouldn’t want to be batting in this”, because it was quite dark.

‘There are times we’ve come off and there’s been a crowd in and we thought we could still be out there, but today it was on that dark side of being suitable.’