The UK’s futuristic new fighter jet programme could support 20,000 jobs and add £25billion to the economy, according to initial estimates by auditors.

The Tempest project would preserve Britain’s prestigious aerospace and defence sector in the wake of the Covid-19 crisis, the industry argues, as well as bolstering national security.

BAE Systems, Rolls-Royce, Italy’s Leonardo and France-based MBDA are among the companies designing the hi-tech aircraft, which could be worth £100million each and would come into service by 2035.

The team of firms is trying to drum up support for the ambitious scheme before presenting a final business case to the Government towards the end of the year.

A study into the programme conducted by PwC found it could support around 20,000 jobs every year between 2026 and 2050.

And it estimated it would add £25.3billion to the UK’s economy by the middle of the century. But this does not include the potential benefit of export sales.

Tempest could be a huge boost to UK trade if other countries are keen on the final designs.

The Government kicked off the programme in 2018 after the UK was excluded from a Franco-German project to design the successor to the current Eurofighter Typhoon.

BAE Systems, Rolls-Royce, Italy’s Leonardo and France-based MBDA are among the companies designing the hi-tech aircraft, which could be worth £100m each

Tempest would take over from the Typhoon, which will begin ageing in the 2030s.

There are already 200 companies large and small working on Tempest, and around 1,800 people.

The Government has committed £2billion to the project but no estimates for the final costs have been made public.

In an effort to cut costs, it is designing the plane from the inside out, rather than the traditional outside-in approach. Analysts reckon the final bill could reach £25billion.

Michael Christie, director of the Combat Air Acquisition Programme at BAE Systems, said Tempest ‘will help to preserve our national security whilst at the same time driving significant economic benefits for the UK’.

Britain had an enviable record for building fighter jets in the early 20th century, pioneering aircraft such as the Sopwith Camel and the Spitfire, which were used in the First and Second World Wars respectively.

But it has lost ground since then and Tempest – which Sweden is also working on – would be the first British-led aircraft built in decades.

It would also throw a lifeline to Britain’s world-renowned aerospace and defence industry, which is the largest in Europe. 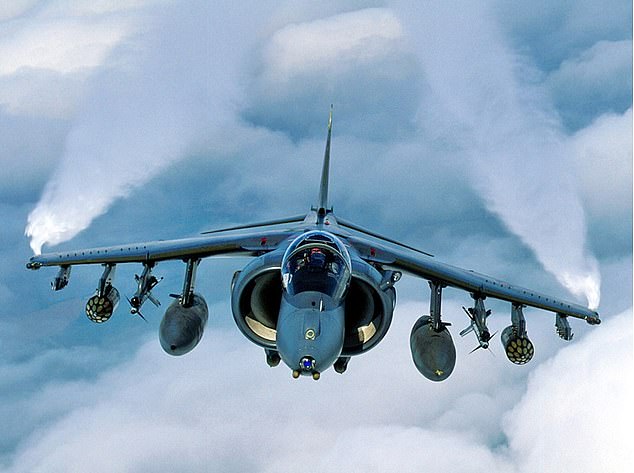 Jump jet: The Harrier, which could take off and land vertically, first flew in 1967 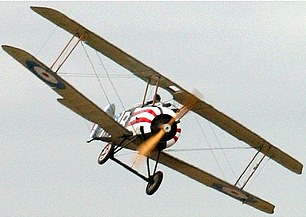 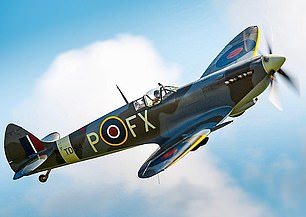 Britain had an enviable record for building fighter jets in the early 20th century, pioneering aircraft such as the Sopwith Camel (left) and the Spitfire (right)

The Covid crisis and the collapse in global air travel has hammered companies, triggering mass job cuts and putting small suppliers at risk of going bust or being taken over by foreign rivals.

The plans for the futuristic jets have not been finalised, but several mind-boggling innovations have been announced that incorporate many of the strides the defence industry has made with drone technology over the last two decades.

If the Tempest planes are built to be supersonic they could travel at speeds of up to 4,000 miles per hour, and will contain radar that can capture a ‘city’s worth of data’ in a second – or more than 10,000 times that of existing systems.

BAE is working on a ‘wearable cockpit’ for pilots that would include using virtual-reality gloves which would allow them to change course or fire missiles with just a wink or a gesture.

The Government is expected to make a decision on Tempest in late 2025, and there is still no guarantee the planes will be built.