Baillee Schneider death continues to be investigated by police

It has been one year since Cameron and Sabine Schneider arrived home to find their model daughter Baillee unconscious on the kitchen floor.

Ms Schneider, 25, was spending her Saturday morning lazing on the couch with her phone when Mr and Mrs Schneider told her they were popping to the shops.

When they returned she was slumped against a cupboard in the corner, a gold cord around her neck.

While on the face of it Ms Schneider’s death appears a suicide, police are continuing to investigate unanswered questions under guidance from the Victorian Coroner.

Top of the list is how the young woman could have hung herself in the kitchen where there was no obvious point to do so, The Age reports.

Baillee Schneider (pictured) was found dead on the floor of her parents home at Moonee Ponds in Melbourne’s north in July 2018. She had a cord around her neck when she was discovered 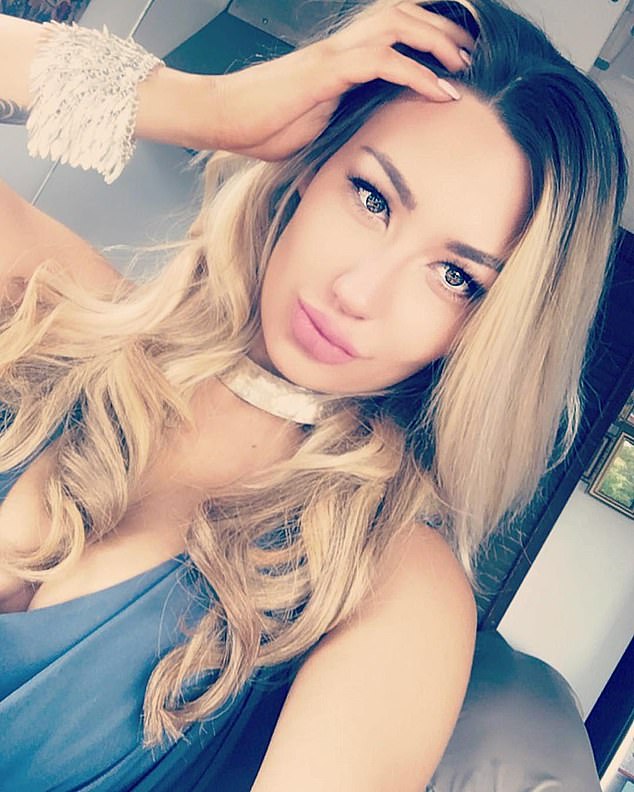 At the time of her death Ms Schneider had been dating Melbourne socialite Anthony Hampel, 51, for about nine months.

The night before she died she had attended a barbecue with Mr Hampel, where they got into an argument.

He is believed to have been one of the final people Ms Schneider spoke to before her death.

Their row was still weighing on Ms Schneider’s mind the morning after, and while her parents were out she had poured herself a glass of wine and smoked a cigarette.

A toxicology report also revealed traces of cocaine in her blood.

Ms Schneider’s father said despite his daughter having a difficult time in the months before her death, ‘it was hard to see how’ she could have taken her own life.

He said there was no suicide note, no obvious place to hang a rope and they are still baffled by her decision to take out a life insurance police three weeks beforehand.

‘None of us can understand how she could have done this to herself,’ Mr Schneider told The Age. 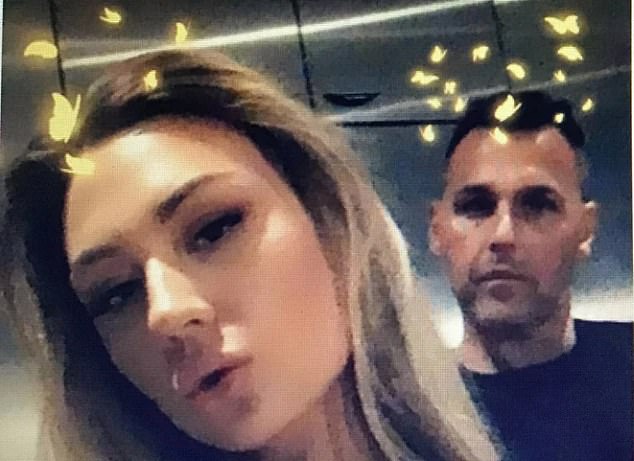 At the time of her death Ms Schneider had been dating Melbourne socialite Anthony Hampel (right), 51, for about nine months. 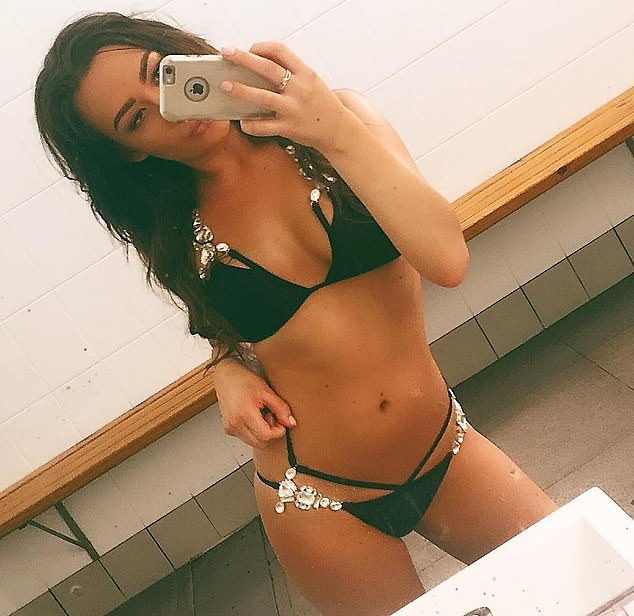 ‘It’s not impossible but it is hard to see how.

‘Yes we want resolution but not at the expense of the truth. So it is encouraging police and the Coroner are being thorough.’

In the months leading up to her death, Ms Schneider began working at strip clubs in Melbourne and increasingly hid more of her life from her parents.

Included in this was her relationship with Mr Hampel, who she rarely mentioned or posted about on social media.

Following the death of her daughter, Mrs Schneider rang Mr Hampel to inform him of the tragic news.

In response he expressed his condolences and said he had been trying desperately to help get her daughter’s life back on track.

That relationship with Ms Williams had begun following the death of his last girlfriend Pheobe Handsjuk. 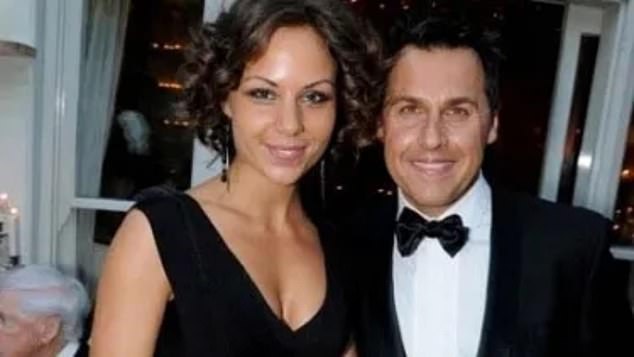 A number of years before his relationship with Ms Schneider, Mr Hampel (right) – whose father George is a retired Victorian Supreme Court judge – had been dating another glamorous and much younger woman, Phoebe Handsjuk (left) 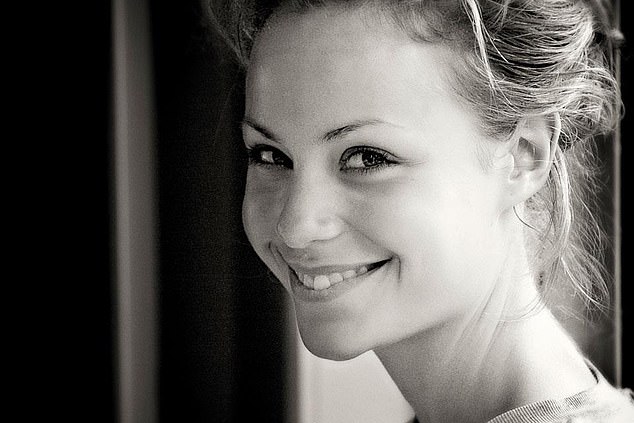 Ms Handsjuk (above) was living with Mr Hampel when she plunged feet first down the garbage chute of her high-rise apartment building in Melbourne on December 2, 2010

Much like Ms Schneider, Ms Handsjuk was much younger than Mr Hampel.

Ms Handsjuk was just 24 when she plunged feet first down the garbage chute of her high-rise apartment building on December 2, 2010.

Ms Handsjuk’s death was found to be an accident by Coroner Peter White.

He found that affected by a combination of alcohol and sleeping pills, Ms Handsjuk entered the small chute feet first and fell down 12 storeys.

Upon entering the compactor room her leg was hit by the blade of the machine, the impact of which almost severed her limb at the ankle.

She bled to death on the floor of the compactor room – a tragic accident. 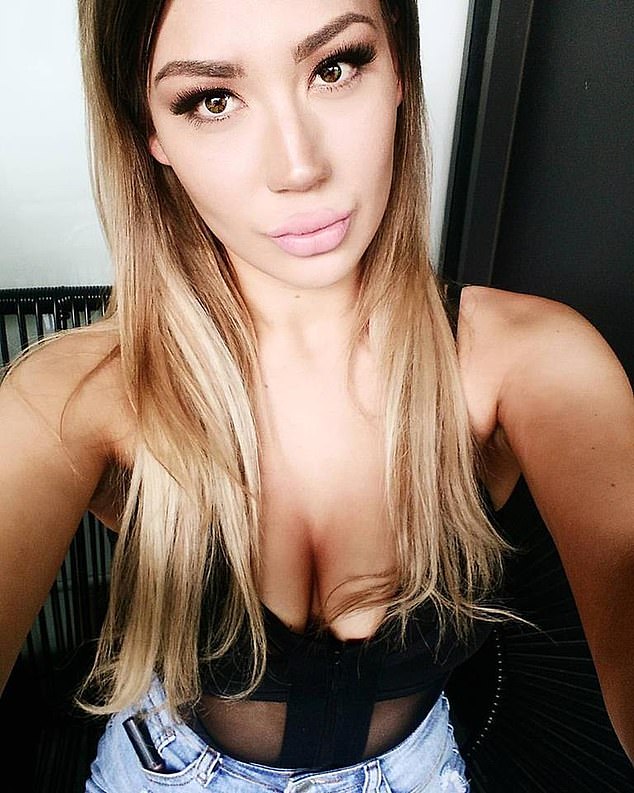 Following the death of her daughter, Mrs Schneider rang Mr Hampel to inform him of the tragic news. In response he expressed his condolences and said he had been trying desperately to get her daughter’s (pictured) life back on track 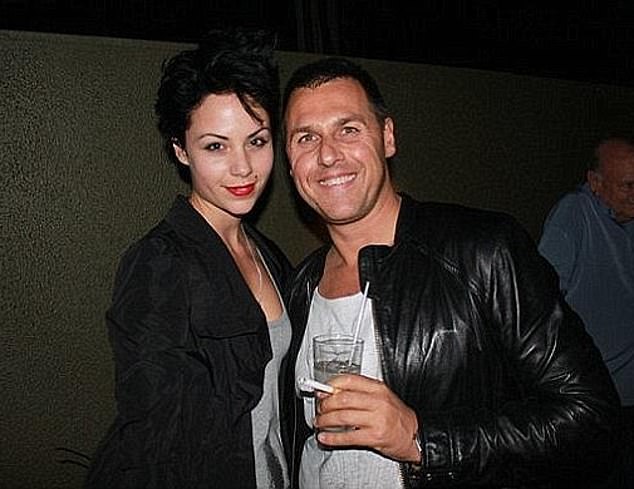 At the time of her death Ms Handsjuk had been living with Mr Hampel for close to 12 months.

Mr Hampel’s lawyers opposed an inquest, but he gave evidence during it and denied his involvement in her death.

Daily Mail Australia does not suggest Mr Hampel was involved in the deaths of either Ms Handsjuk or Ms Schneider.