As a judge on The Great British Bake Off, Prue Leith is all-too-aware of the vital importance of timing.

And it’s not just in the kitchen where she’s achieved success.

I hear the amiable chef has managed to cash in on the country house price boom during the pandemic by selling her rural retreat for a staggering £10million.

She is understood to have accepted an offer that matched the asking price within weeks of putting it on the market.

It would represent a delicious profit of £9.92million, as she bought the 17th-century manor house in Chastleton Glebe, Gloucestershire, with her first husband, author Rayne Kruger, for a reported £80,000.

The buyer is a colourful figure, Gregor Fisken, whose passion is not for lip-smacking dishes but classic cars. He owns a showroom in South Kensington, London.

A source tells me: ‘While £10million may be a fortune to you and me, Gregor is used to such huge figures.’

Indeed he is. In 2017, he paid a record £37million for a rare 1962 Ferrari 250 GTO. Sadly, that purchase was not an unqualified success as it led to a High Court battle over the ownership of the car’s gearbox. Fisken won last year.

He will live there with his Argentine wife, Carolina, a lawyer, and their six-year-old twins.

Prue, 80, previously said she intended to keep the home in the family. Earlier this year, she said: ‘The children can have this [house], if they want it. And if they don’t, we will sell it. We have to do it while we are energetic enough.’ 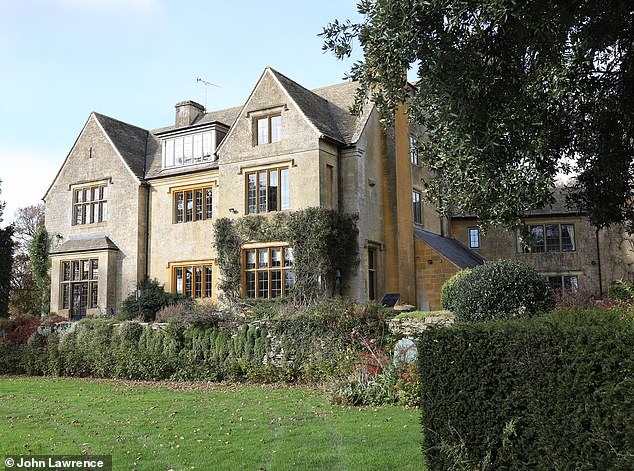 It would represent a delicious profit of £9.92million, as she bought the 17th-century manor house (above) in Chastleton Glebe, Gloucestershire, with her first husband, author Rayne Kruger, for a reported £80,000

She and her husband, John Playfair, (who have never actually lived together) are now renovating a property nearby into what she says will be a big enough place to ‘see us both out, with room for carers as needed’.

During the pandemic, prices for country homes have soared, particularly in desirable areas such as the Cotswolds, because of city dwellers seeking more space as they work from home.

Writing in the Daily Mail last month, Prue said: ‘The Glebe has become too big and expensive for us, so with a heavy heart we’re selling up and (horrible word) downsizing. I’ve had the massive good fortune to live happily in a lovely house for 44 years. I am truly grateful.’ 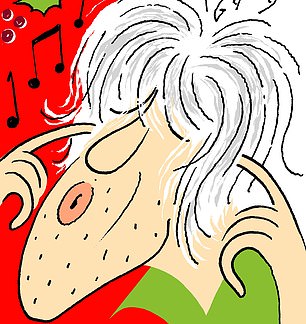 Shops have reopened, but one man who’ll still be doing his Christmas shopping online is Bob Geldof.

And it’s got nothing to do with the pandemic.

The Band Aid organiser admits: ‘It’s hard to go to supermarkets at this time of the year because I am always hearing Do They Know It’s Christmas? and, really, I have heard it so many times now that I’ve gone off it.

‘Sometimes, when you hear it many times in a day, you start to wish you had never written it.’

Make-up artist to the stars Charlotte Tilbury has built a billion-pound beauty empire, but she’s not the only member of the family that glitters.

Her niece, Bella, is a promising model and actress.

Having been first snapped up by IMG Models — whose famous client, Bella Hadid, shares not just her name but her high cheekbones — Tilbury recently starred in a campaign for her aunt’s eponymous brand, which has retitled its popular £40 eye shadow in her honour. 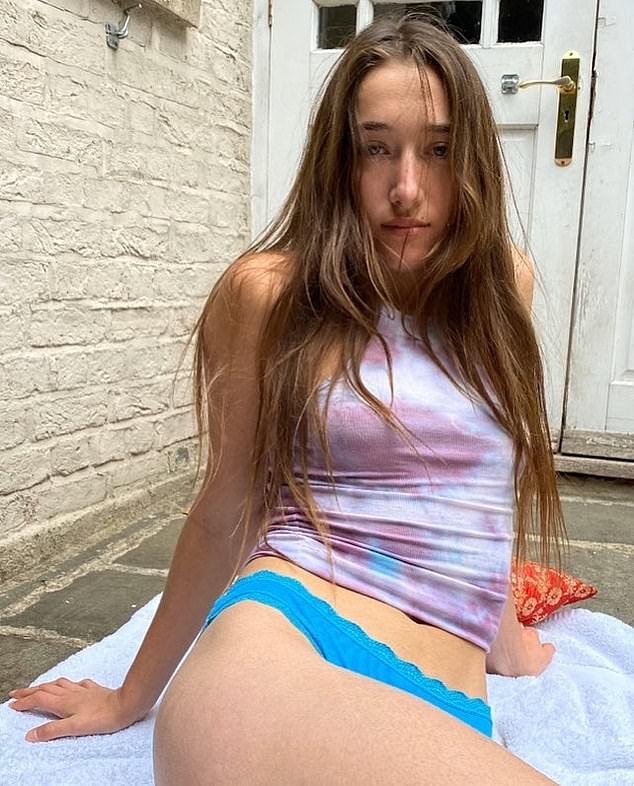 Make-up artist to the stars Charlotte Tilbury has built a billion-pound beauty empire, but she’s not the only member of the family that glitters. Her niece, Bella (pictured), is a promising model and actress

‘Charlotte renamed her Dolce Vita palette to the Bella Sofia after my sister and I,’ says Bella, who was raised on the Spanish island of Ibiza by B&B owner Leah Tilbury and property developer John Broekman.

She made her acting debut in Sadie Frost’s short film Contact, which was nominated for a Raindance Film Festival award last month.

Space man Tim Peake has seen a suitably astronomic rise in his finances, with his business making almost £1 million in a year.

Newly published figures disclose that Ask An Astronaut Ltd saw its assets rocket to £958,000 this year.

After taking debts into account, the former Army major was left with £628,000 profits in the business, which he co-owns with his wife, Rebecca.

Its function is described as ‘space transport’ and was set up after his six-month trip to the International Space Station.

But as she put the finishing touches to festive decorations at The Half Moon — complete with an owl-topped Christmas tree — the model-turned-publican’s mind was on Scotch eggs. 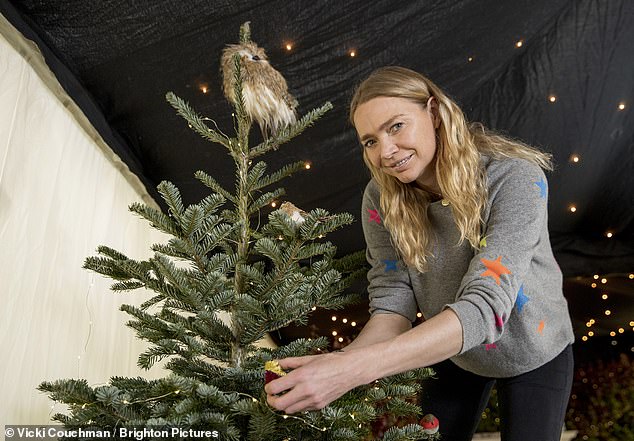 In Tier Two Kirdford, West Sussex, customers can buy alcohol only with a substantial meal. ‘What counts as substantial?’ Jodie asks me. ‘Two Scotch eggs or one? I think two, but we do whoppers.’

The pub is fully booked this weekend, with Cara Delevingne’s family among those who have reserved a table.