Los Angeles Rams head coach Sean McVay told reporters that Baker Mayfield will be starting to the team for their next game against the Green Bay Packers on Monday Night Football.

Mayfield made his debut with the Rams on Thursday Night Football last week, just days after he was claimed off waivers.

Only 48 hours after arriving in Los Angeles, Mayfield was leading the team on a game winning drive to claim their fourth win of the season over the Raiders. 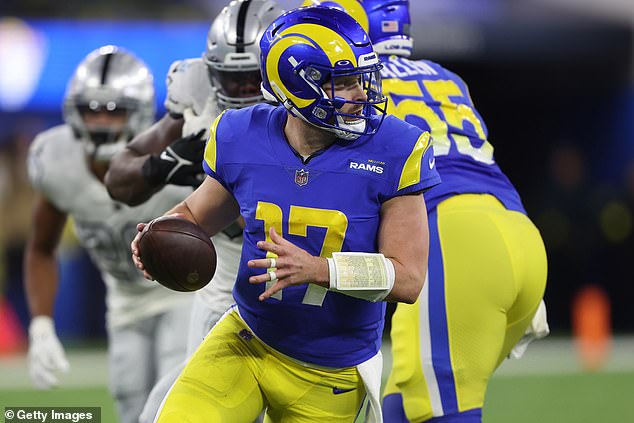 Mayfield put up 230 yards and a touchdown, despite only being with the team 48 hours

The 2017 Heisman Trophy winner was in the midst of his first season as a member of the Carolina Panthers, but wasn’t performing up to standards.

Carolina put him on waivers last week, which led to the Rams claiming Mayfield and bringing him on board.

The Rams have a laundry list of injuries – especially for QB Matthew Stafford, who was placed on Injured Reserve. 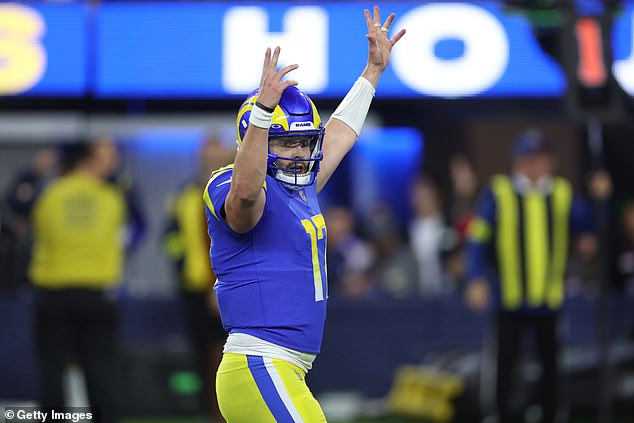 Even after the win last week, the Rams are on the brink of elimination from the playoffs

Even with two of his top three wide receivers on injured reserve, Mayfield was able to toss for 230 yards and a touchdown while completing 63 percent of his passes.

The Rams face an impossible uphill climb in order for them to make the playoffs. Even if they win out the rest of their games, they only have a two percent chance of qualifying for the Wild Card.

If they win everything, they’ll still require an almost unimaginable combination of losses by the Commanders, Seahawks, Packers, Saints, Panthers, Buccaneers, Falcons, Lions, and others to make the playoffs again.