Bali flu crisis: Australian tourists are struck down by nasty strain of influenza

Bali flu crisis: Australian tourists are struck down by nasty strain of influenza after catching flights to and from the island

Australians claim they are being struck down with flu on flights back from Bali.

One passenger, Hayley Taylor, says she was taken to hospital with a high fever and other flu-related symptoms, after flying back from her holiday on a Jetstar flight on Thursday.

‘There was a gentlemen on the plane with a violent cough, I hope he has had himself checked over,’ she wrote on Facebook group Bali Bogans.

Another woman, Danica Bianca, was also taken to hospital and tested positive for Influenza A, after returning from a trip to Bali on May 3. 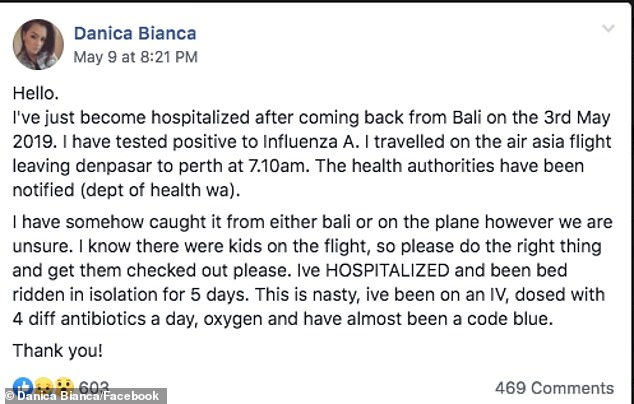 Another woman, Danica Bianca, shared she was tested positive for the virus following a trip to Bali

‘I travelled the Air Asia flight leaving Denpasar to Perth on 7.10am,’ Danica wrote on the group’s page.

‘I have somehow caught it from either bali or on the plane however we are unsure.

‘Ive [sic] HOSPITALIZED and been bed ridden in isolation for 5 days.’

Danica says she has been treated with antibiotics after catching the virus. She said she has notified the Western Australia Department of Health.

Associate professor of virology at The University of Queensland Dr Ian Mackay said it was possible for travellers to catch the flu while on planes.

‘The surfaces most likely to spread viruses are the harder shinier ones like plastic and steel that you find in touchscreen, air controls, tray tables and perhaps armrests,’ Dr Mackay told Daily Mail Australia.

Travellers who have been affected won’t get sick while on the plane, as it takes about two days for symptoms to show, he said. 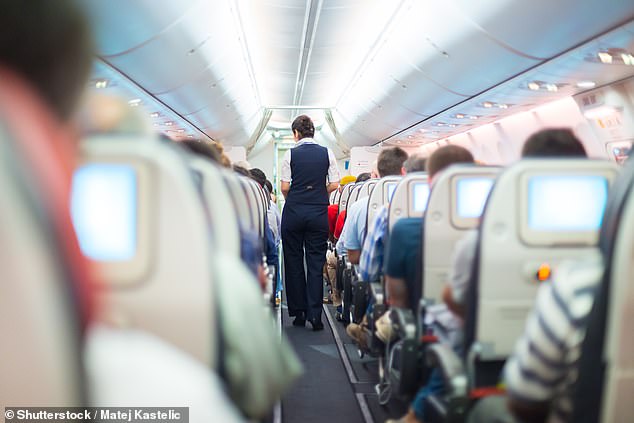 Travellers may think they are susceptible to catching the flu virus when travelling on planes but the air is actually well filtered, Dr Mackay said (stock image) 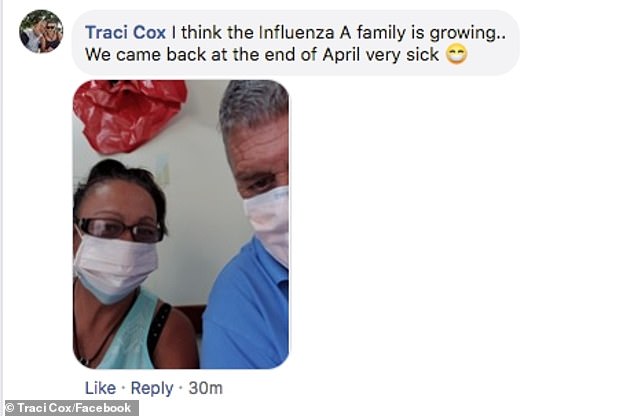 One woman, Traci Cox, shared that she had been struck down by the flu after her trip to Bali in April

Travellers may think they are susceptible to catching the flu virus when travelling on planes but the air is actually well filtered, Dr Mackay said.

Passengers are advised to wash their hands regularly on flights and to buy wet-wipes to clean surfaces such as armrests and touch screens.

Dr Mackay has also advised travellers to get a flu shot before their trip.

One woman, Traci Cox, said that she had been struck down by the flu after her trip to Bali in April.

A spokesman from Jetstar told Daily Mail Australia: ‘If customers have an illness that could make it unsafe for them to travel we require them to let us know.’ 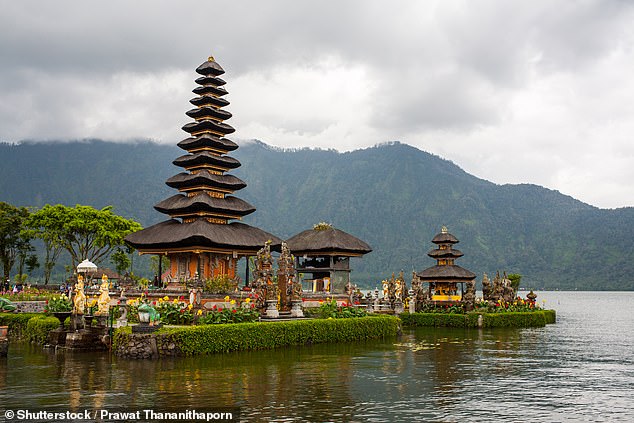 Passengers are advised to wear a mask, which covers their mouth and nose, to carry a nasal spray and hand sanitiser, and get a flu shot before travelling