The father of Bali Nine drug smuggler Renae Lawrence has said his daughter has no plans to enter the limelight when she returns to Australia.

Rob Lawrence claimed the 41-year-old did not want to be like Schapelle Corby, whose 2017 release from prison after a nine-year drug trafficking sentence was met with a huge media fanfare.

He also teed off on former Australian Federal Police chief Mick Keelty, who tipped off the Indonesian authorities in the weeks before the nine Australians were arrested.

Lawrence could be back on home soil with her family in Newcastle, New South Wales within 24 hours of her November 21 release.

Lawrence is due to be released from prison following a more than 12-year stint behind bars in Indonesia for heroin trafficking, and would become the only member of the notorious syndicate to leave prison in Bali alive when she is released.

Mr Lawrence told Daily Mail Australia he hoped his daughter would also be left alone when she returns home.

He said: ‘She doesn’t want to get like that (Corby attention), she just wants to get on with her life – we haven’t talked about what that will look like yet though.

‘She’s worried about the attention and wants us to steer clear of the media. 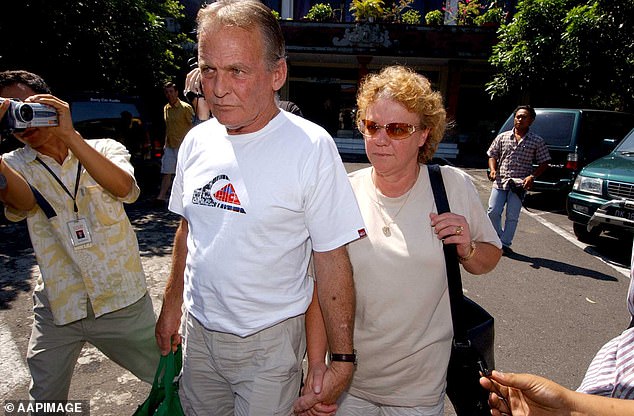 Mr Lawrence (in white t-shirt)  told Daily Mail Australia he hoped his daughter would also be left alone when she returns home to her Newcastle, New South Wales-based family and she did not want to be like fellow convicted trafficker Schapelle Corby – who was released last year 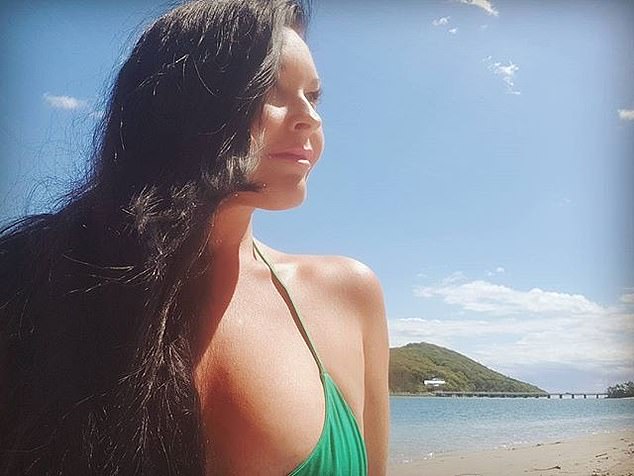 ‘I guess it won’t be until she’s home that we can relax. We don’t know where she’s coming back to live.’

Corby, 41,  has emerged as a surprise frontrunner in the race for next year’s Bachelorette after viewers launched a viral social media campaign.

Lawrence said Mr Keelty, who has previously refused to apologise for his actions, ‘gave up’ on his daughter. 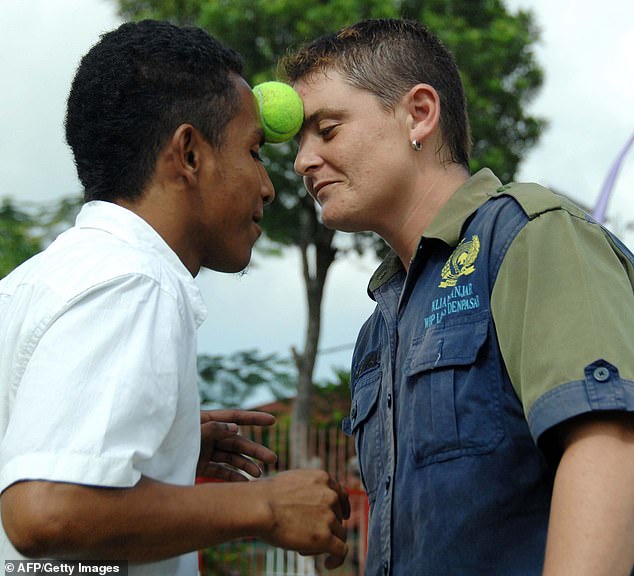 Lawrence (right) was pictured participating in a game at Kerobokan prison in Denpasar, Bali in 2010. Lawrence has used the more than 12 years she’s spent in various Indonesian prisons to learn to speak and read the local language, and has also turned to gardening as a form of therapy

He said: ’When Keelty’s kids grow up I hope they don’t get given up like he gave up our kids.

‘I’d like to ring his neck. It’s against the Australian constitution to do what he did (to dob them in) to any country with the death sentence. Him and Howard just gave her up.

’They’ve put us through a decade of torture. It broke me and my wife, let alone Renae.’

Lawrence will likely be deported back to Australia after she leaves Bali’s Bangli jail.

‘She will be released on November 21,’ the head of Bangli jail, Made Suwendra, told AFP. 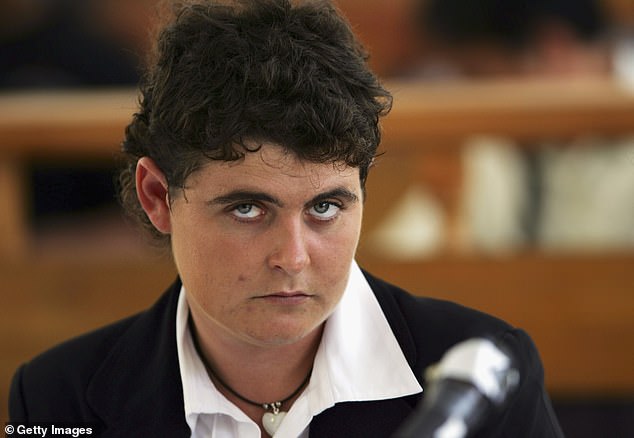 Lawrence has been behind bars in Bali’s Bangli jail since she was convicted of attempting to smuggle 2.6kg of heroin into Australia

‘(Lawrence) is a nice person. Accommodating, easy to work with and be friends with. There have been no problems since she’s been here.’

Lawrence has been behind bars in Bangli jail since she was convicted of attempting to smuggle 2.6kg of heroin into Australia through Bali’s Ngurah Rai International Airport on April 17, 2005.

The drugs were found strapped to her body – and the bodies of three other drug mules – after the Australian Federal Police tipped off Indonesian authorities.

Two separate sources previously confirmed to 10 Daily News that the sole female member of the drug trafficking group will be released from jail by the end of the month.

Bali’s head of Board Corrections, I Made Badra, told the publication that his team are working with the Australian consulate on Lawrence’s release. 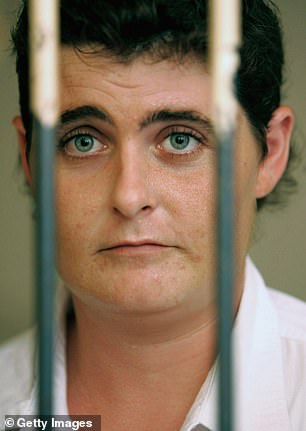 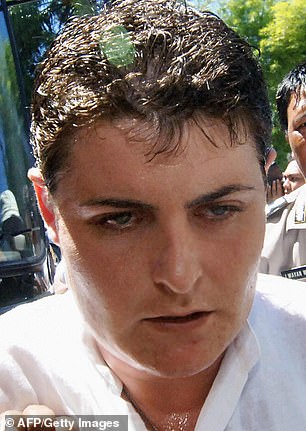 Bali’s head of Board Corrections, I Made Badra, said his team are working with the Australian consulate on Lawrence’s release

‘On the day of her release, we’ll take her to Denpasar Immigration for her passport and plane ticket,’ he said.

Lawrence could have been freed from prison in May but couldn’t make the $100,000 payment and opted to remain in jail for another six months. 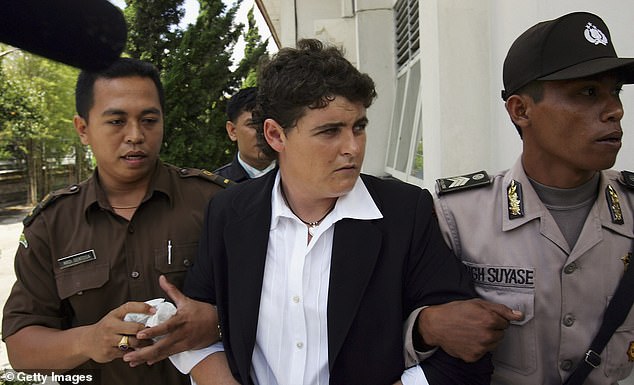 Lawrence hopes to work when she returns to Australia but believes it may not be easy to find an employer that will take on an ex-prisoner.

‘In Australia, it’s difficult because we already have the status of prisoner,’ Lawrence told News Corp in August.

‘If the owner of the company is a kind person and can accept us but that person rarely exists.’

In 2006, Lawrence used a media interview to apologise to the Australian public for the disgrace she brought upon the nation, but insisted she was forced into being a drug courier after her family was threatened.

She said she was sorry for her actions but believed others would have done the same if they were in her situation.

Lawrence has used the more than 12 years she’s spent in various Indonesian prisons to learn to speak and read the local language, and has also turned to gardening as a form of therapy.

She was the only Bali Nine member to not receive life imprisonment. 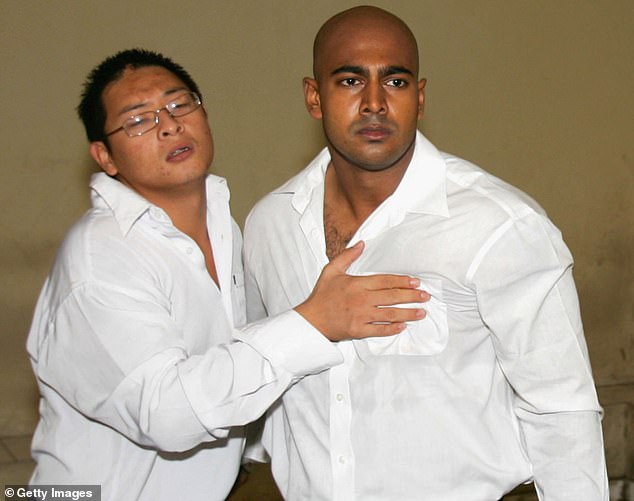 Where are the other members of Bali Nine?

Andrew Chan, 31, and Myuran Sukumaran, 34, – were executed by firing squad on the Indonesian prison island of Nusa Kambangan on April 29, 2015.

Tan Duc Thanh was initially given life but was then sentenced to death following an appeal. He died of cancer while in jail earlier this year.

Five others are serving life in jail:

Rush’s parents were the ones to tip off the Australian Federal Police stating they hoped it would stop their son from becoming a drug mule.

Following his arrest he was sentenced to life in prison and upon appeal was slapped with the death penalty. A further appeal reverted the decision to life in jail.

Stephens was also sentenced to life after being caught attempting to smuggle drugs into Bali.

He attempted to have his sentence lessened to 10 years in 2011 but it was rejected.

He also met his wife Christine Winarni Puspayanti in 2011 who was visiting the prison as part of a church group.

The pair married in a traditional Indonesian ceremony.

Chen was sentenced to life in prison but was given the death sentence following an appeal.

He appealed again after a full confession which then reinstated his life sentence.

Chen is currently running a silversmith workshop while in jail.

Czugaj is one of the youngest members of the group and is serving life in Madiun, East Java.

The former surfing-made apprentice tradesman hopes to be transferred back to a Bali jail.

Following an appeal and full confession, his sentence was reinstated back to life.