Balmain has ditched the Kardashians in favor of computer-generated imagery (CGI) models to wear the designer brand’s latest creations.

In the past, the bold and rock star-inspired designs have been worn by a plethora of celebrities including Kendall Jenner, Kim Kardashian and Gigi Hadid. But Balmain decided to follow in the steps its competitors who are looking towards the future of fashion.

Futuristic: Balmain is the latest designer to turn fashion towards the future with the unveiling of its own CGI models 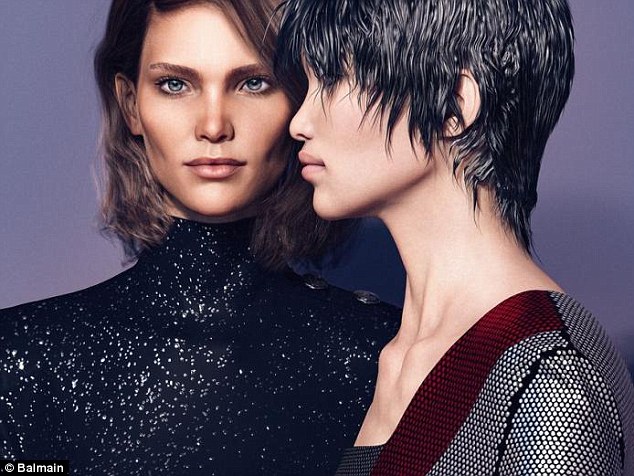 Virtual: The three new CGI models will join the ‘Balmain Army’ in its latest campaign 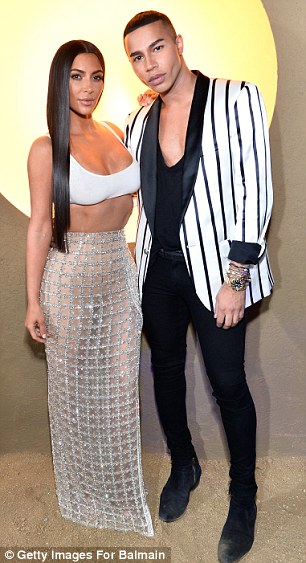 Moving on? In the past, Balmain designer Olivier Rousteing turned to high-profile stars like the Kardashians to model his clothing

Included in the campaign is the controversial CGI creation Shudu, a dark-skinned Fenty Beauty model that people previously said was taking jobs away from people of color in the industry.

Shudu was created by Cameron-James Wilson, 28, who is a British photographer.

After the backlash, Cameron-James claimed his entire intent of the CGI model was to promote diversity and empowerment of all races.

‘Basically Shudu is my creation, she’s my art piece that I am working on at the moment,’ Cameron-James told Harper’s Bazaar at the time.

‘She is not a real model unfortunately, but she represents a lot of the real models of today.’

Despite the controversy, Balmain still recruited Cameron-Jam es and his model for their virtual campaign to promote diversity and inclusivity.

The other two models — Margot and Zhi — were created by Balmain exclusively for the new virtual army campaign.

In an interview with Refinery29, Olivier said Zhi is a Chinese beauty and was mirrored after David Bowie and his short hair. 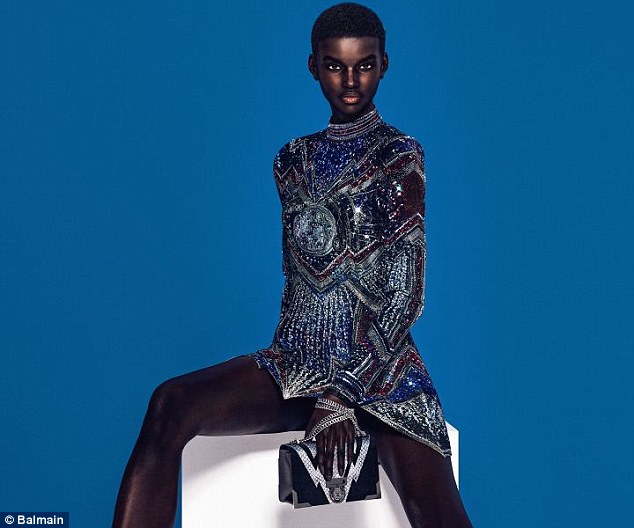 Controversial: One of the CGI models, Shudu, was created by Cameron-James Wilson. People claimed he was trying to eliminate jobs for people of color with the virtual model 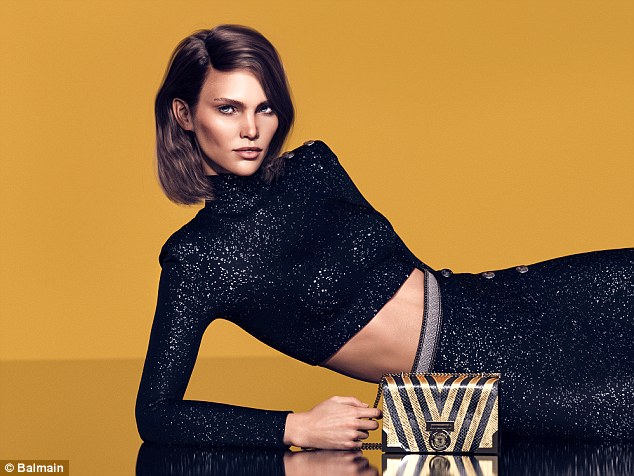 Lifelike: Margot was Olivier’s ‘french-inspired’ model and was exclusively created by Balmain 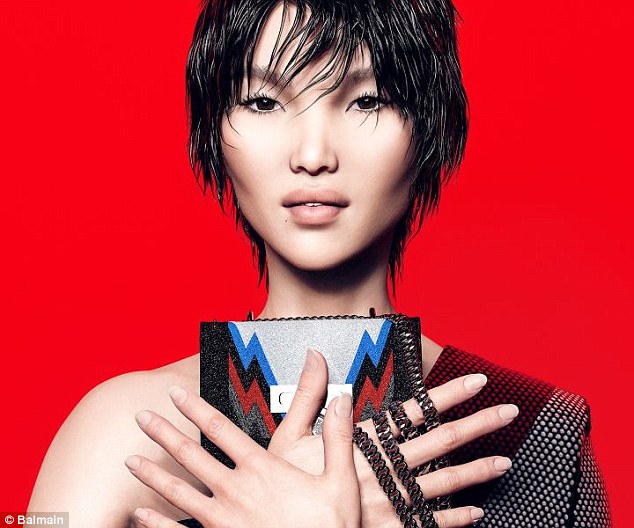 Realistic: The third model, named Zhi, is a Chinese beauty who was inspired by David Bowie

‘She’s the one pushing the agenda that David Bowie did in the past,’ Olivier said.

Margot, on the other hand, is described as Olivier’s ‘french girl of his dreams’.

The virtual army was inspired by Olivier’s love for music, specifically the greats such as Michael Jackson, David Bowie and Tina Turner. All of whom helped alter the music industry in their own way.

Michael Jackson, especially, was a big influence for Olivier in how he wanted to represent the brand and promote inclusivity.

‘That’s what I’m trying to do with the virtual reality army: different beauty, shapes, ages, and genders,’ Olivier said.

‘This is the beginning of what it will mean to present diversity in the world.’

There has not been an official announcement, but more virtual models that include males could be unveiled later this year to add to the army. 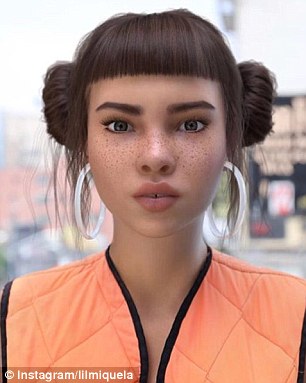 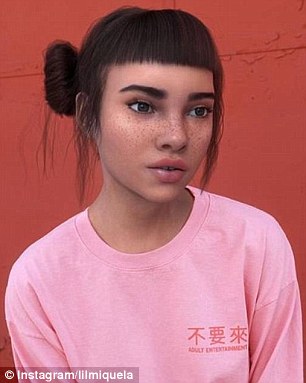 Famous faces: CGI stars have been a hot topic in recent months – including Lil Miquela (pictured) who has ‘modeled’ famous brands like Alison Lou (left) and Alexander Wang

Although Balmain is perhaps the most high-end brand to use an entire cast of CGI models for a campaign, this is certainly not the first time that a computer-generated star has made their mark on the fashion industry.

Earlier this year, a model by the name of Miquela Sousa – who goes by Lil Miquela on Instagram – made headlines around the world when it was revealed that she was actually a computer-generated creation.

Ahead of the surprising reveal about her true origins, the freckled beauty had sparked serious intrigue online with her picture-perfect posts and unique looks – but few had actually thought to suggest she might really be too good to be true.

On the surface, the CGI model looked every inch the ideal fashion influencer, showcasing some of the world’s biggest brands on her Instagram account, from funky jewelry brand Alison Lou to catwalk king Alexander Wang.

Then there’s Shudu Gram – another famous online face who was revealed to be the work of British photographer Cameron-James Wilson, having already made waves in the industry when her picture was reposted by Rihanna’s Fenty Beauty brand.

Much like Miquela, Shudu’s perfect looks had prompted dozens of questions from followers, with one fan even remarking that the model was ‘too perfect to be real’.