At least they don’t have to get up for work today! Bank Holiday revellers take advantage of the three-day weekend as they enjoy a boozy night on the tiles

Revellers made the most of the Bank Holiday break by hitting the town and partying into the early hours of the morning.

Plenty of those out celebrating will likely need a lie-in today after looking a little worse for wear at the end of the night.

Some were dressed to the nines as they enjoyed hitting upmarket bars in Birmingham and Manchester.

But others ended up stumbling around and even falling to the floor, while the emergency services were on hand to help those who had too much to drink.

One man in Birmingham was later arrested after he refused to leave a taxi despite him and his friends not having the money to pay the driver.

The extra day off work also led some to choose the weekend as the perfect opportunity for hen parties, with groups of women seen wearing traditional sashes and less-traditional bunny ears. 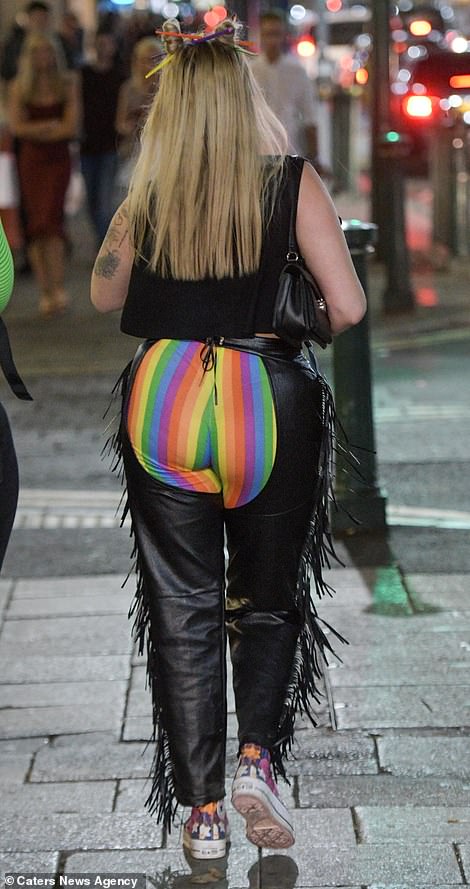 Thousands of revellers across the country hit the tiles last night to make the most of the Bank Holiday break, with the streets of Birmingham packed with those looking to enjoy a three-day weekend. Many were dressed to the nines in high heels, left, while others opted for more colourful outfits, right 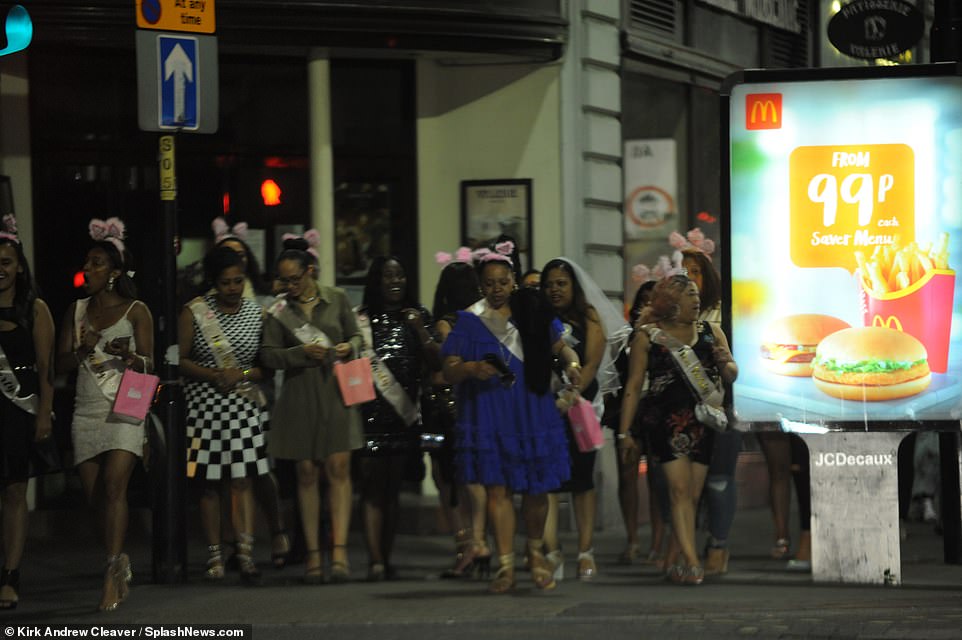 In Manchester this group of women chose the Bank Holiday weekend as the ideal chance to have a hen party, wearing sashes and bunny ears 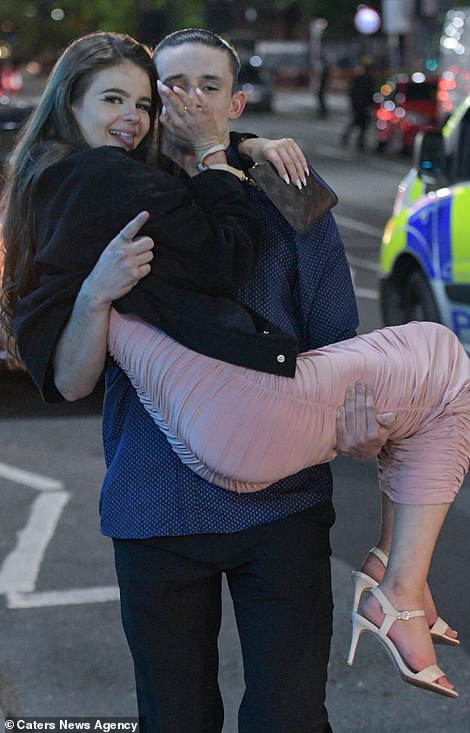 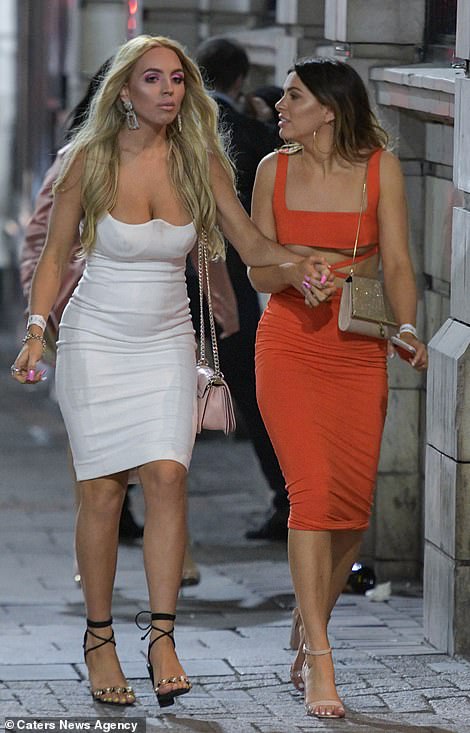 One woman in Birmingham found herself an easier way of getting home at the end of the night after persuading a male friend to give her a lift, left, while others clutched each other as they braved the chilly temperatures, right 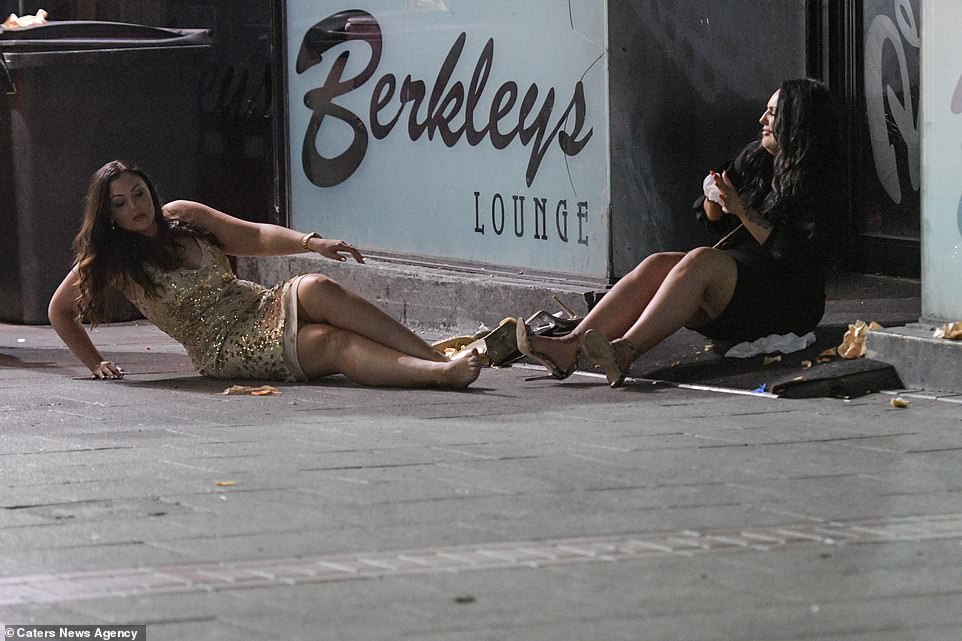 High heels became too much for two women in Birmingham who opted to sit down to eat some fast food, with one taking her shoes off to get comfortable 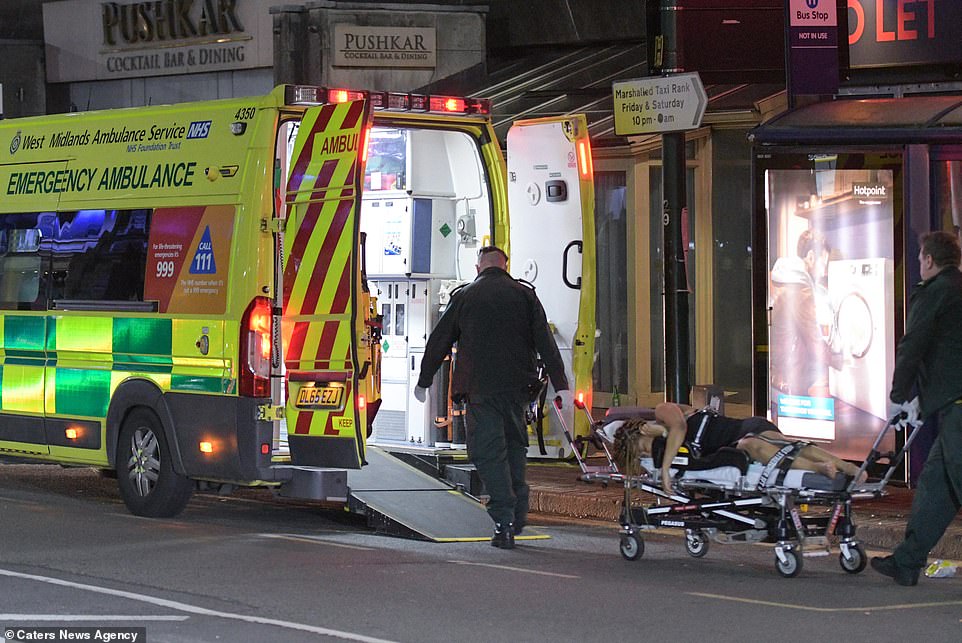 But some were worse for wear and needed help from the emergency services, including this woman in Birmingham who was wheeled into an ambulance by paramedics after passing out 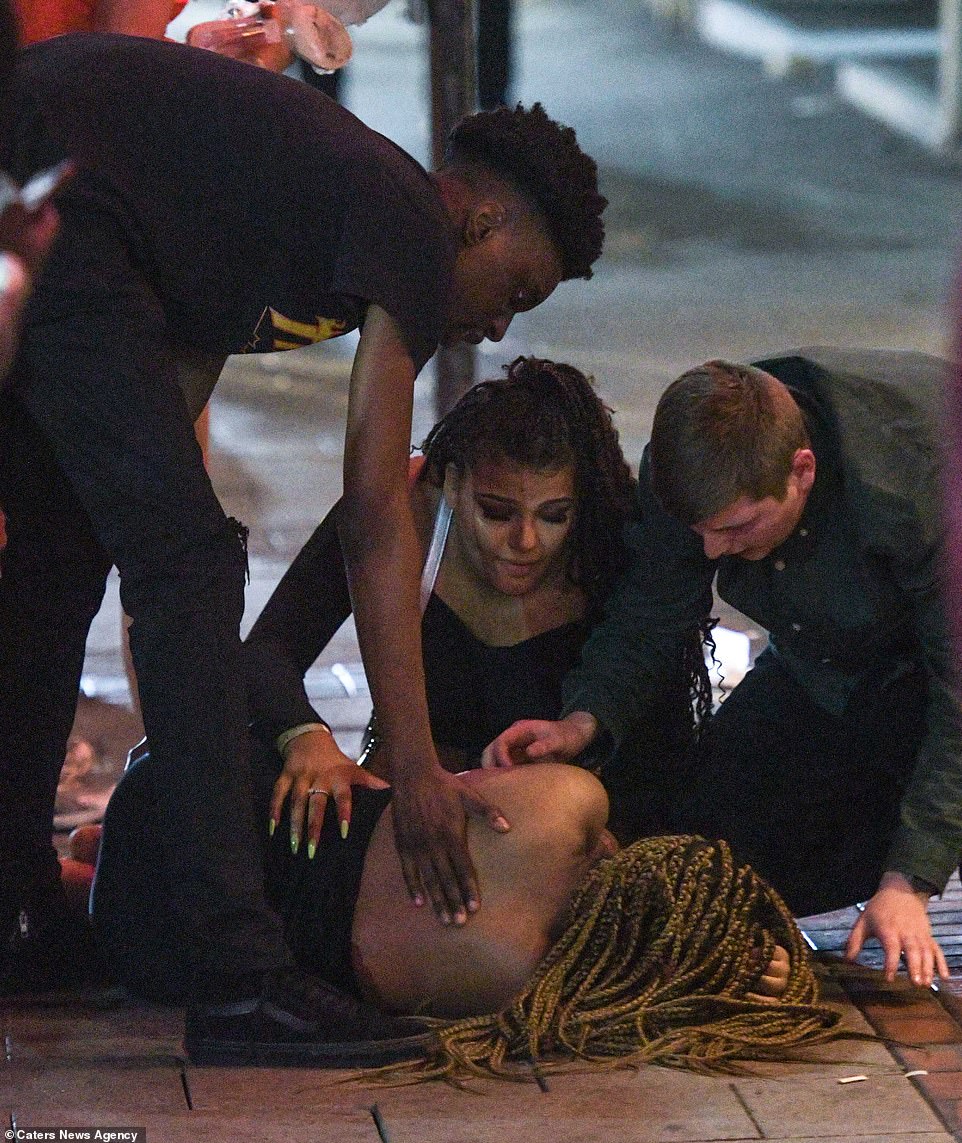 The woman in Birmingham, pictured, had been attended to by friends outside the Players nightclub in Broad Street who then called an ambulance to help 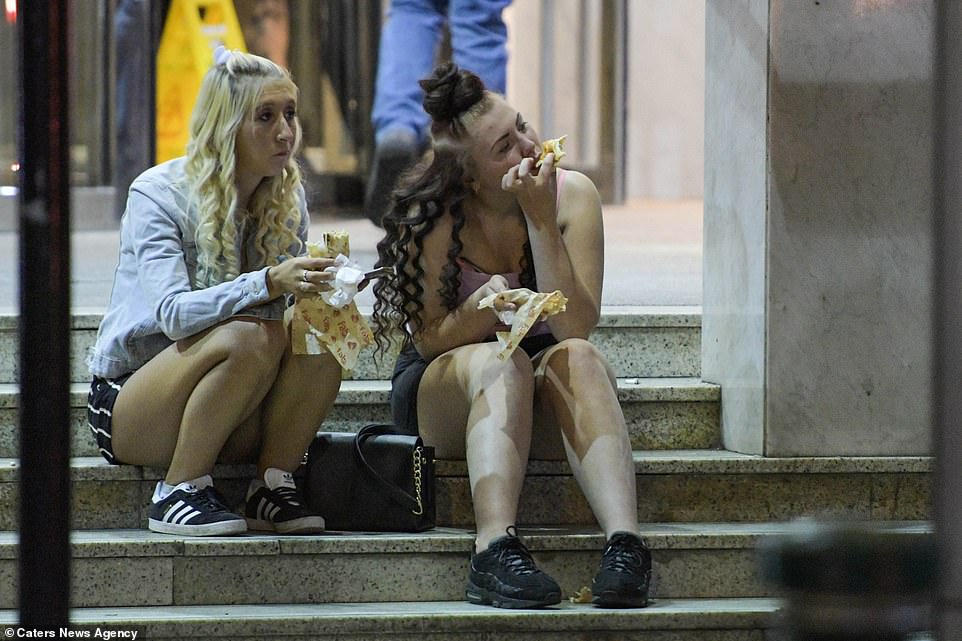 It was also a good night for fast food traders with revellers, including these women in Birmingham, hunting out take-aways at the end of the night 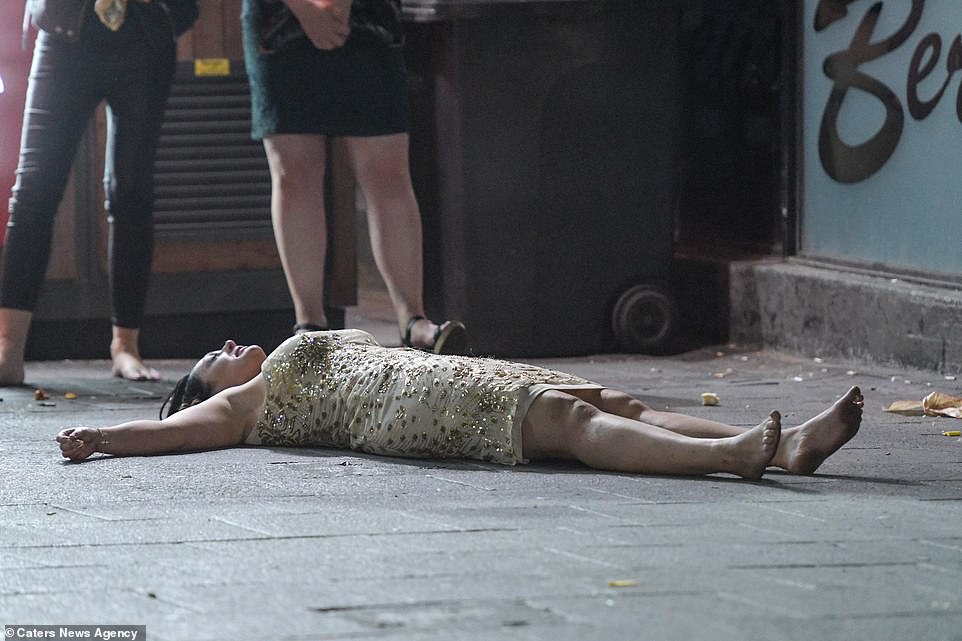 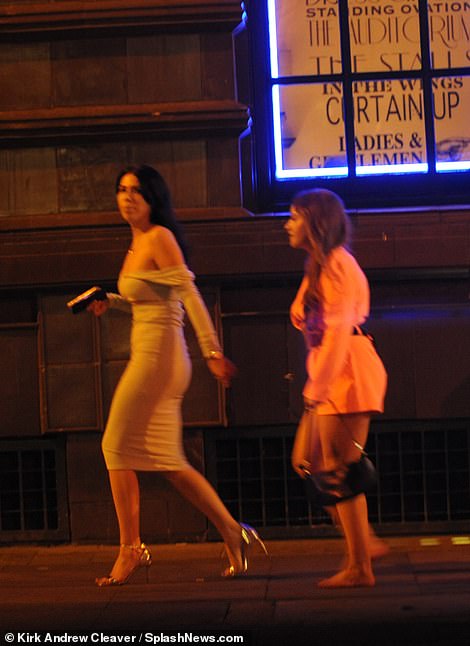 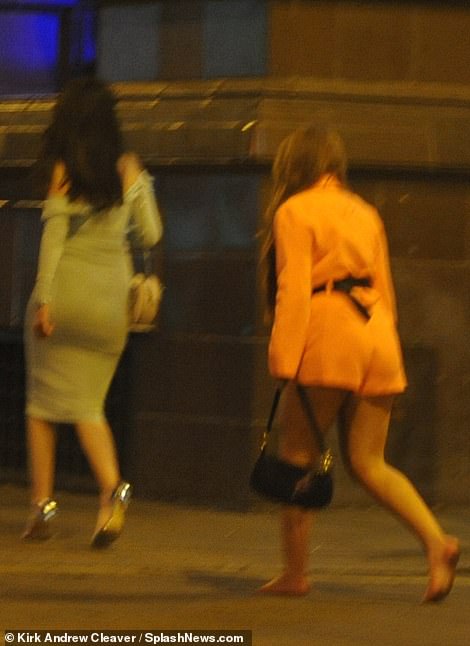 Revellers were also enjoying the three-day weekend in Manchester, even if some did decided to shed their footwear, pictured