Bank of England Governor Mark Carney has thrown his weight behind calls for Neil Woodford to axe fees at his scandal-hit investment fund.

It came as the bank warned that funds pose a threat to the global economy, as they could cause a panic if investors are unable to get their money back.

Mr Woodford stunned the markets last month by closing his Equity Income Fund after running out of cash to pay departing customers. It is now selling assets to free up money so it can reopen.

But the company is still raking in fees of almost £100,000 every day from savers who cannot access their nest eggs.

Andrew Bailey, head of the Financial Conduct Authority (FCA), last month said that the fund manager should ‘consider his position’ on fees in a comment seen as a demand that they be scrapped.

And this suggestion was backed by Mr Carney yesterday as he gave tacit approval to the watchdog’s stance, saying: ‘It’s a question for the FCA. I believe Andrew Bailey has addressed that.’

Yet Mr Woodford, 59, has stubbornly refused to let anxious investors in his fund off the hook.

The keen horse-rider, who owns a luxury six-bedroom holiday home in the Devon resort of Salcombe, has already racked up £2.7million from clients since he froze their money in early June.

Analysts have suggested that the fund could be suspended for up to six months, by which time Mr Woodford would have made nearly £12million in fees.

Investors were locked out after a two-year run of dismal performance.

When Kent County Council, which had ploughed in money on behalf of its pensioners, tried to pull its £263million investment, Mr Woodford was unable to repay them and had to shut.

Mr Carney revealed the Bank and FCA would be looking at the risks such funds pose to financial stability. 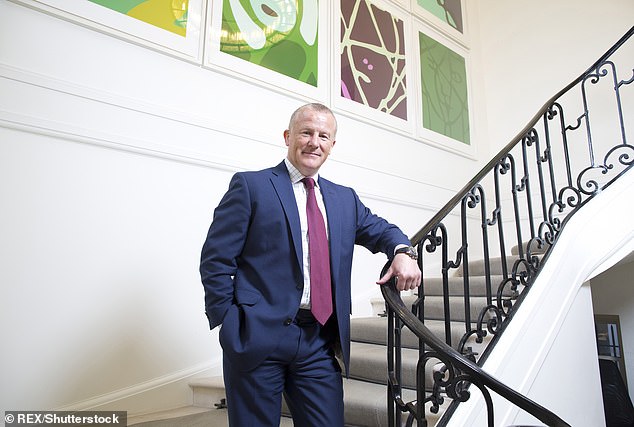 Neil Woodford, 59, has refused to stop charging customers and is claiming that their fees cover essential costs