British banks will have to stick closely to EU rules on issues including bonus caps if they want to keep trading in Europe after Brexit, it will be ruled today.

The European Commission is due to set out its terms for allowing the City of London to continue as the EU’s leading financial centre after Brexit.

Brussels will demand equivalence with EU standards – a solution that could allow Britain to leave the single market while letting the City keep working.

In return, the Bank of England signalled today it would allow European banks to carry on in London without setting up a new subsidiary even if there is no Brexit deal. 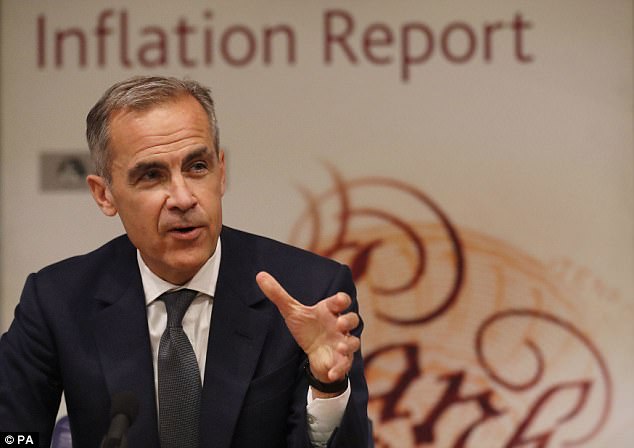 In return, Bank Governor Mark Carney is reportedly set to allow EU banks to carry on as normal in London even without a Brexit deal

Financial services is Britain’s biggest industry and resolving how it will work after the UK ceases to be an EU member is a major headache in the negotiations.

The draft EU rules will increase scrutiny on brokerage and investment banks in London compared to current UK regulations.

British banks would also have to observe EU rules on bankers bonus pay – something which was bitterly opposed by George Osborne as Chancellor and could have been a target for being scrapped by Brexiteers. 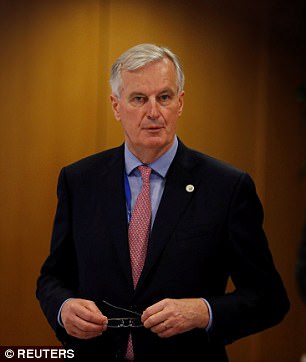 The plan, seen by the Financial Times, says there is a ‘need to update the regulatory architecture in the EU’ to address the ‘pivotal role played by UK investment firms in this area to date [and] the decision of the UK to withdraw from the Union’.

On the UK side, the BBC said today the Bank will allow European banks to continue selling their services in the United Kingdom without having to create expensive subsidiaries after Brexit.

If confirmed it would mean European banks offering wholesale services would not face new hurdles to operating in London, which vies with New York for the title of the world’s financial capital.

A Bank spokesman declined to comment on the report. The central bank is due to publish its approach to future supervision of foreign banks at 1pm. 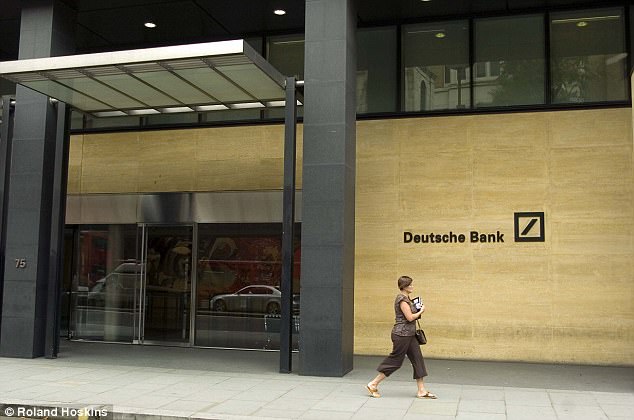 The plan would mean European banks in London – such as Deutsche Bank on Winchester Street, London (pictured) – will not have to set up costly subsidiaries

The BBC quoted unidentified government and industry sources as saying they supported the decision.

More than 100 banks operating in London are branches of lenders headquartered elsewhere in the EU. Currently, they operate in Britain under EU ‘passporting’ rules which are due to expire when Britain leaves the bloc in March 2019.

The Bank had previously said it would let banks know before the end of the year whether these branches must reapply for branch licences to operate after Brexit, or would need to be turned into subsidiaries, a costlier option for banks.

Switching from being a branch to a subsidiary means having to build up buffers of capital and cash locally.