By Rebecca English, Royal Correspondent In Toronto For The Daily Mail

Prince Harry reignited his friendship with former US President Barack Obama today as the pair attended a wheelchair basketball match in Canada together.

The royal has met the politician on several occasions previously and struck up a warm friendship with him and wife Michelle.

Both men were casually dressed at the Toronto Pan Am Centre as they took their seats to watch a fast-paced match between the USA and France, chatting enthusiastically. 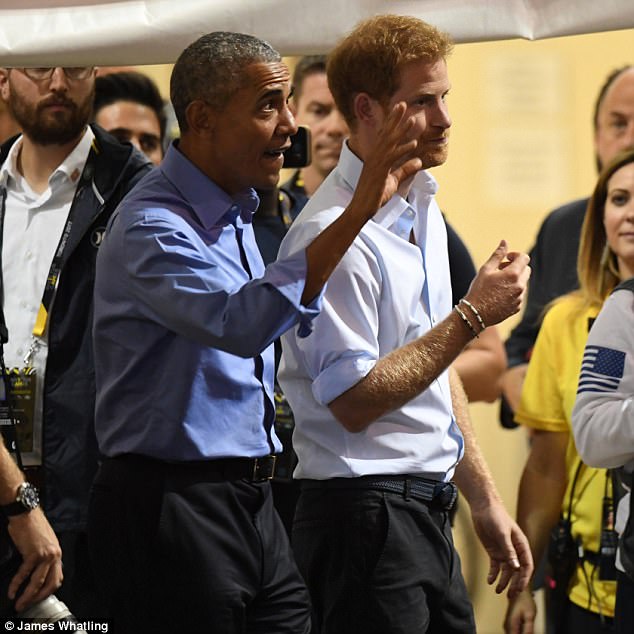 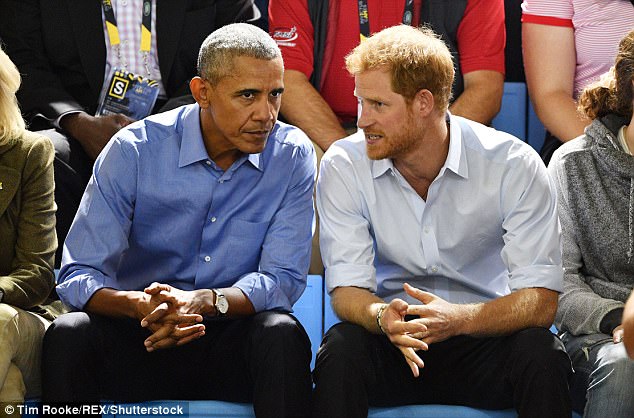 Harry has met with Obama on several occasions, and he has struck up a warm friendship with the former president and his wife, Michelle 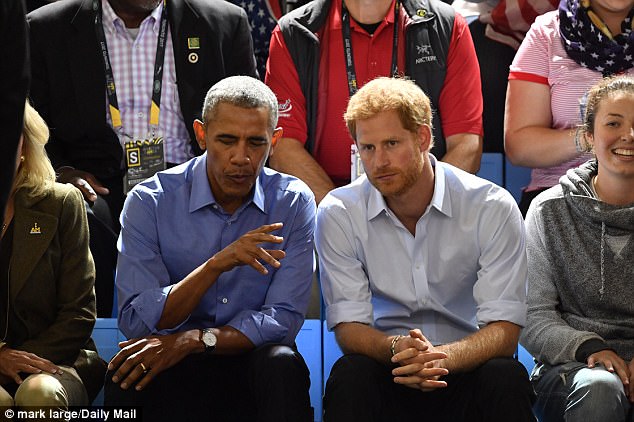 Obama, 56, happily chatted with Harry, 33, while they watched the game together 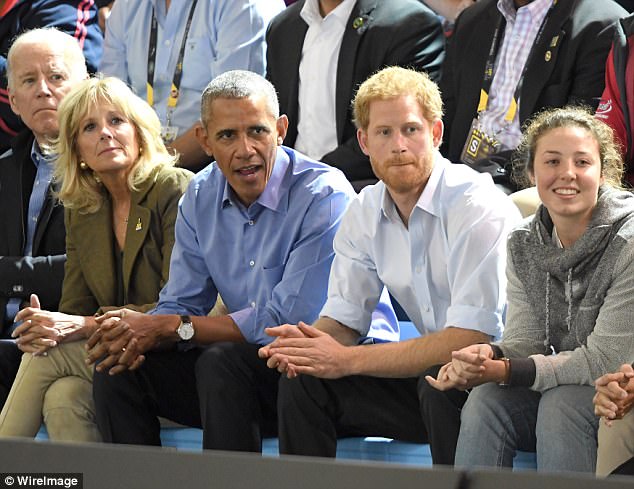 The two were joined by former US Vice President Joe Biden and his wife, Jill

Although their arrival was unannounced, they were mobbed by a huge crowd as they walked in and word quickly spread.

Obama enjoyed a hugely successful state visit to the UK in 2011, when he and his family stayed with the Queen.

And last year he and his wife had dinner with William, Kate and Harry at Kensington Palace, where they met Prince George.

Mr Obama has also thrown his support behind Harry’s Invictus Games, a Paralympic-style event for injured servicemen and women, taking place in Toronto this week.

When it was held in Florida last year the two men struck up a hilarious viral rivalry to publicize the competition, Harry playing the trump card by invoking his grandmother, the Queen to appear in a short ‘skit’ with him.