The Barack is back in town.

The former president was spotted pulling away from his Kalorama home in the backseat of an SUV on Thursday morning, shortly before noon.

Obama’s reemergence in Washington DC comes after a summer of island hopping that saw him and Michelle travelling to Bali, Java, Italy and Martha’s Vineyard.

It also comes just a few days after he criticized President Trump’s move to rescind the Deferred Action for Childhood Arrivals policy that was enacted under the Obama administration.

As always, Obama refrained from actually using the current Commander-n-Chief’s name in his attack.

Steady as he goes: Barack Obama was spotted pulling out of his Washington DC neighborhood on Thursday just before noon (above) 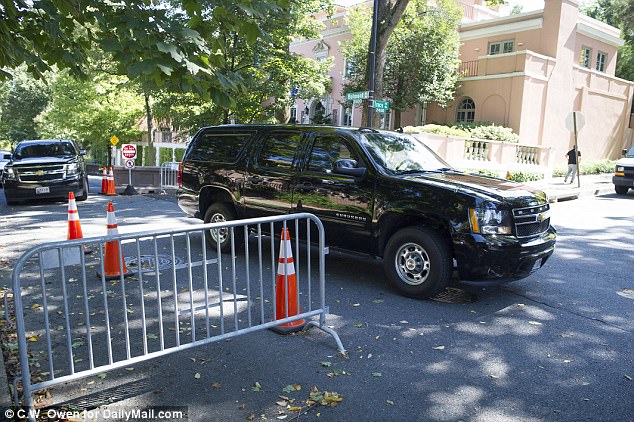 Heading out: It is the first time he has been seen at his home in months after a summer spent vacationing in Bali, Java, Italy and Martha’s Vineyard 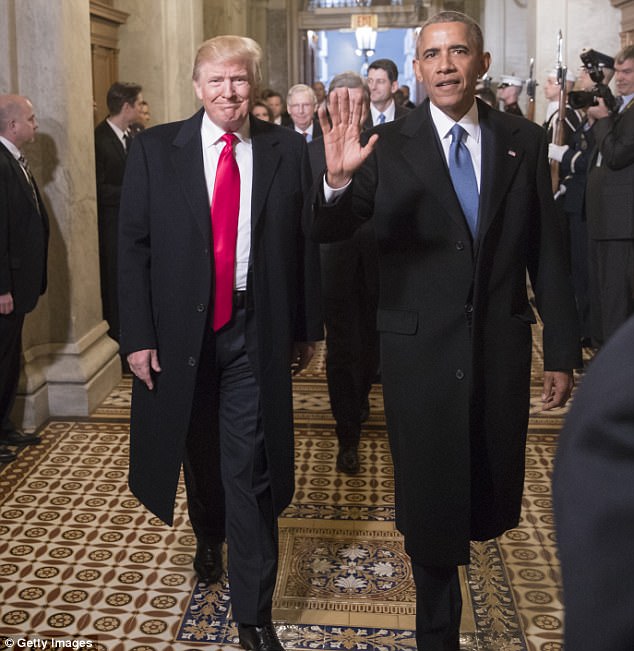 It’s a beautifu;l day in the..: Barack and Michelle purchased an $8.1million home around the corner from Ivanka Trump and two miles from the White House after renting the property

Obama looked to be travelling alone in a two-car envoy as he set out, just two miles from the White House.

He is also just around the corner from Ivanka Trump and her husband Jared Kushner, who live in the same DC neighborhood.

Sasha started school earlier this week at Sidwell Friends, while Michelle was recently on vacation in Spain with her good friend and interior designer Michael Smith.

After Obama left office on January 20, he and his family took up residence at the home which belonged at the time to Joe Lockhart, a former press secretary in the Clinton administration.

The home features separate dressing rooms and his and her bathrooms, entertaining space, and a tranquil garden.

It was reported a few months back that after initially renting the property, the two had decided to pay $8.1million to purchase the home.

‘Given that President and Mrs. Obama will be in Washington for at least another two and a half years, it made sense for them to buy a home rather than continuing to rent property,’ the Obama’s spokesman Kevin Lewis said in a statement at the time. 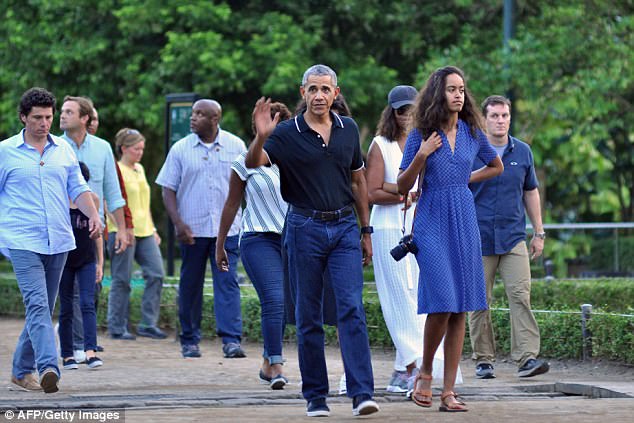 Rest and relaxation: The Obamas enjoyed a 10-day family holiday in Indonesia back in June and July 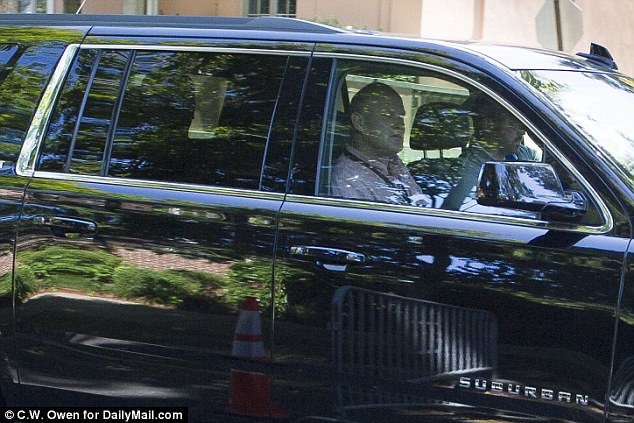 Party of one: Obama looked to be travelling alone in a two-car envoy as he set out

The Washington Post cited records which indicate that Lockhart sold the house for $8.1million to Homefront Holdings LLC, a limited liability company controlled by the Obamas.

The sale represents a significant profit for Lockhart, who initially bought the house for $5.295million in 2014, according to the Post.

The $8.1million purchase is the second largest for a home in Kalorama.

The record is the $23 million that Amazon founder Jeff Bezos paid to buy a home in the area.