A barber threw himself under a train after ending a ten-year relationship and fearing he had become addicted to medication he had bought legally online.

Jake McGrath, 27, of Didsbury, Greater Manchester, had been given Diazapem by his doctor to help him sleep – but then ordered the anti-anxiety drug Zanex online.

He then suffered severe weight loss plus severe paranoia and ended his relationship. Despite remaining close friends with his partner, he said he had ‘ruined his own life’.

Mr McGrath jumped in front of the 8.30am train from Wilmslow to Manchester Piccadilly as it approached East Didsbury station on June 24 last year.

Police found a handwritten suicide note revealing Mr McGrath had been using Google to search for possible medical symptoms he believed he had.

He also said in the note: ‘I am sorry I had to do this. I just didn’t feel there was a way back from this. I shouldn’t have gone on the internet.’

An inquest heard Mr McGrath had been dating girlfriend Jessica Punt since 2008 but he began to suffer from depression in 2010 and was prescribed anti-depressants.

Miss Punt told the inquest in Manchester: ‘I had concerns about his mental health and he told me that he’d been taking a lot of Zanex as it helped him sleep. 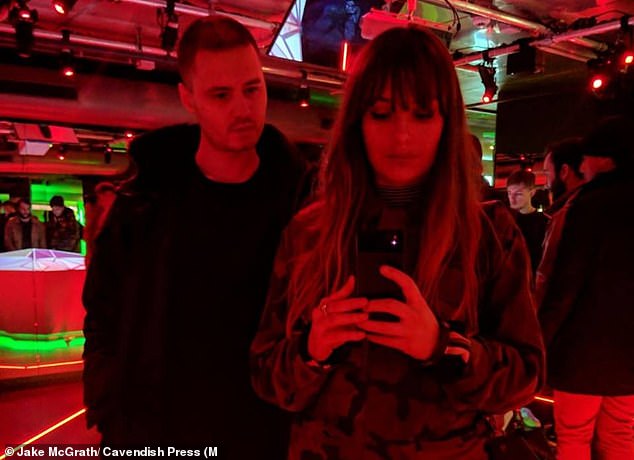 ‘But he became paranoid and lost weight. He was obtaining this medication by other means, they weren’t prescribed. He was Googling everything.

‘Any time he felt anything wrong with him he’d Google it – everything. I told him not to but he would. If he thought it was working then he would just keep getting it wherever it was from.

‘Just before he moved out of our flat he’d go through my phone. We were together for ten years and he never did that.

‘He’d be ringing me asking for reassurance that we were OK and even though I was saying we were – because we seemed to be – that wouldn’t register.

‘The relationship came to an end in May 2018 – Jake’s choice – but we kept in touch and saw each other regularly. Friday, June 15 was the last time I saw him. 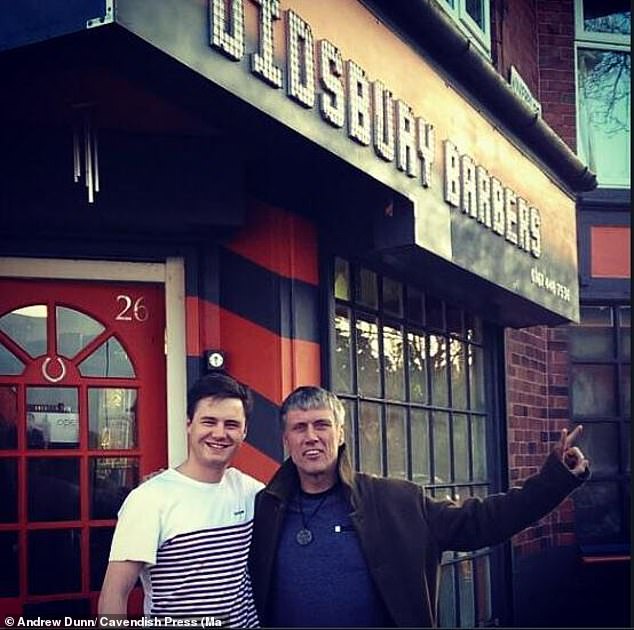 ‘He came to the flat where we had both lived to watch a football match together. He told me he had felt he was having a panic attack.

‘It wasn’t in fact a panic attack he was just worked up saying he was addicting to something and the repercussions of that.

‘He felt paranoid and felt lost. He became upset whilst we were watching the football. He explained he felt like he’d ruined his life.

‘Last time I spoke to him was the following Thursday or Friday and it was a good conversation. A few days before he died it was a positive conversation.

‘He told me he had a better week and was feeling better and we were talking about future plans. 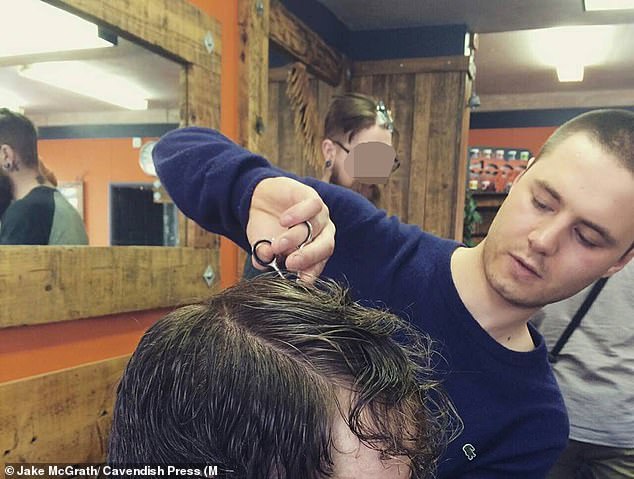 ‘He said he’d have to wait to see how he was feeling but we planned to go together. There was no cause for concern in that phone call. We had no further contact after that.’

Mr McGrath’s GP, Dr Claudine Barsoum, told the hearing: ‘The first time I met Jake was May 9 last year when he said he felt acute anxiety.

‘He was very anxious and upset that he’d ended a relationship with his girlfriend and was filled with regret. He felt he had ruined his life because he ended the relationship. 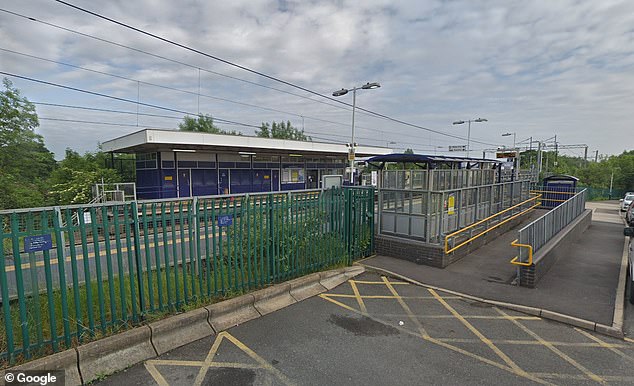 ‘He had a past history of anxiety and a history of being on antidepressants but he felt they hadn’t worked therefore he didn’t want to go back on them.

‘He said he talked to friends and family regularly and was seeing his ex the next day. They were still keeping in touch and he reported no suicidal ideation.

‘We spoke about all the safety measures he could take if he felt depressed. He attended again on May 14 for a review. He was the same but wasn’t sleeping.

‘He felt more anxious at night and he wasn’t eating as much and had lost weight. He repeated his regret at ending the relationship but he spoke of seeing his family regularly and they were a protective factor for him. 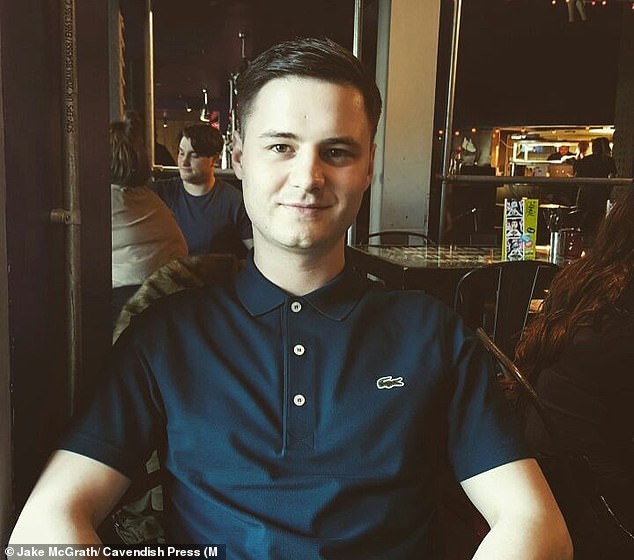 Despite remaining close friends with his partner, Mr McGrath said he had ‘ruined his own life’

‘I gave him Diazepam to be taken in the evening to help him sleep and organised another review meeting for two weeks after that.

‘But at the next meeting he admitted to buying Zanex on the internet. I found this very concerning because you don’t know what he’s taking, what the dosage is.

‘He said he only realised that this was serious when the prescription I gave him of Diazepam didn’t scratch the surface. Then he disclosed that he had been obtaining drugs and taking substantial amounts from the internet.

‘He thought the anxiety symptoms were due to initially taking the drugs and was now coming off them. He said he wasn’t using other drugs and wasn’t drinking. His overriding thought was that he’d become an addict. 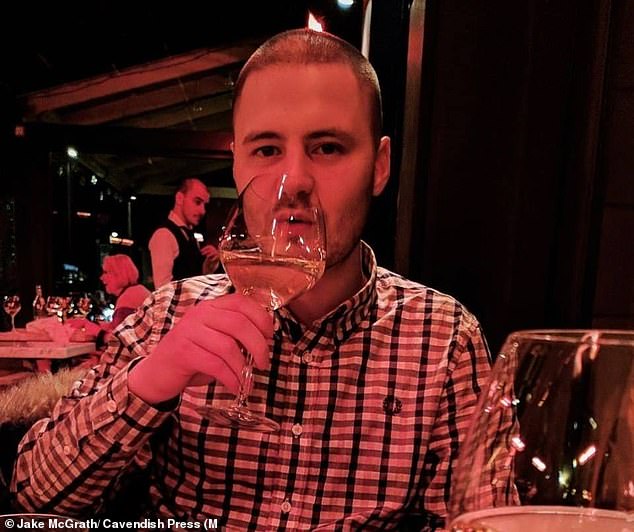 Mr McGrath, who died from multiple head injuries, had no traces of drugs in his system

‘I immediately got him in touch with the mental health trust drugs team and I stopped the prescription of diazepam to see what the drugs team would say.

‘They felt he had told them different information than he gave me and said he didn’t need withdrawal programme in the belief he wasn’t an addict. He was very adamant he was not going to buy drugs online again.

‘I saw him again on June 14 and he said he hadn’t taken drugs for three weeks. He said he felt he was isolating himself from friends but saw his parents regularly.

‘He spoke about his anxiety and fears of becoming an addict and again expressed regret over ending his relationship.

‘In terms of appearance he was well kept, good eye contact, no symptoms or signs of psychosis and was making plans for the future. All positive features. 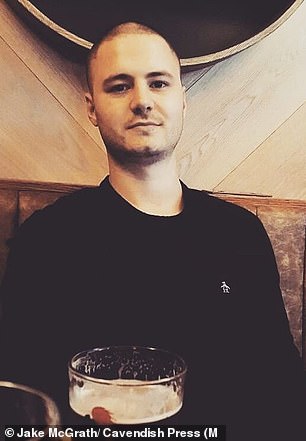 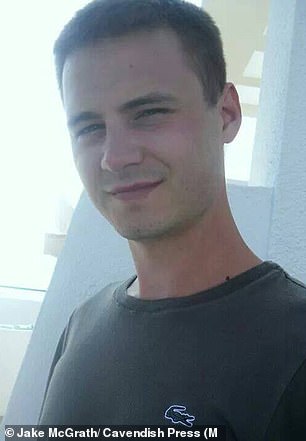 ‘He knew he could call and speak to me or see me if needed and all the other help options available to him. We discussed therapy and he said he was open to options however. We talked about working and about making plans.

‘We booked in for another review two weeks later on June 27. I was very shocked to hear what happened. When I saw him I didn’t think he was suicidal.’

Toxicology tests showed Mr McGrath, who died from multiple head injuries, had no traces of drugs in his system.

Recording a conclusion of suicide coroner Nigel Meadows said: ‘People who kill themselves don’t always fully appreciate the impact it has on those left behind.’