The makers of Barbie have unveiled an inclusive range of dolls – including one with hearing aids and the first Ken with the skin condition vitiligo – in their latest bid to create a more inclusive brand.

California-based company Mattel said it wants to children to ‘see themselves reflected’ in the barbie dolls and to encourage play with toys that don’t resemble them to help them ‘understand and celebrate the importance of inclusion’.

The new models, which includes the brand’s first ever Barbie with hearing aids, a Barbie with a prosthetic leg and the first Ken doll with vitiligo, will make their debut as part of the Fashionistas line in June this year.

The move comes after Mattel released several dolls with permanent disabilities in 2019 after collaborating with teen activist Jordan Reeves, and new additions then included a Barbie in a wheelchair. Meanwhile in 2021, a Black doll with afro hair became the brand’s global bestseller. 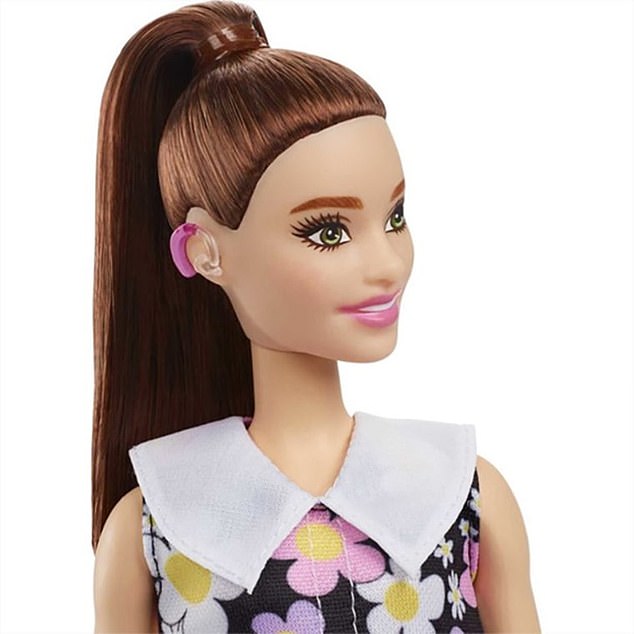 The new models, which includes the brand’s first ever Barbie with hearing aids (pictured), a Barbie with a prosthetic leg and the first Ken doll with vitiligo, will make their debut as part of the Fashionistas line in June this year

Mattel created the Barbie with hot pink hearing aids with the help of Dr Jen Richardson, an expert in educational audiology, who advised on how to accurately replicate the devices for the doll.

‘I’m beyond thrilled for my young patients to see and play with a doll who looks like them,’ Richardson said in a statement seen by CNN.

‘It’s important for kids to see themselves reflected in product and to encourage play with dolls that don’t resemble them to help them understand and celebrate the importance of inclusion,’ Lisa McKnight, Mattel’s global head of Barbie and Dolls, said.

‘We are so excited for the new Barbie with hearing aids,’ Frady wrote on Twitter. ‘My five year old loves Barbies and wears pink hearing aids just like the new one.’

The charity Walk4Hearing, hailed the move, saying on Twitter: ‘Thank you for including hearing aids to promote hearing health and awareness. Way to go!’

Mattel has created the more diverse dolls in an effort to move away from criticism that Barbie’s image in popular culture has been simply the blue eyed and fair-skinned woman with a large chest and tiny waist – the image of their first Barbie 61 years ago. 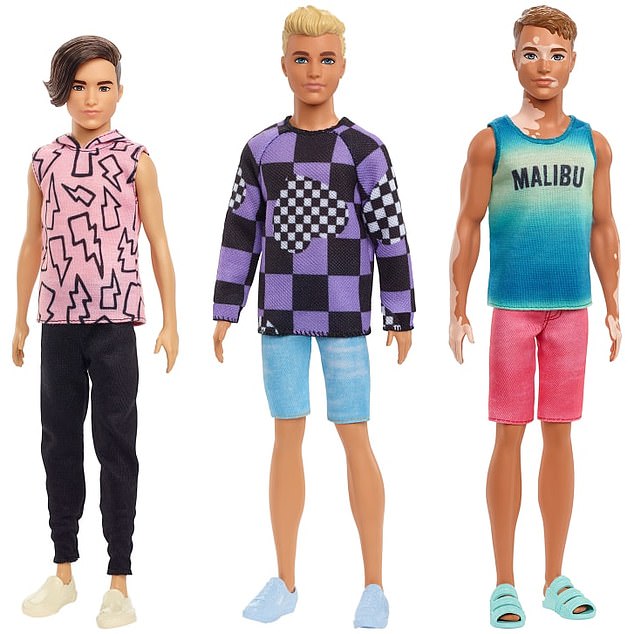 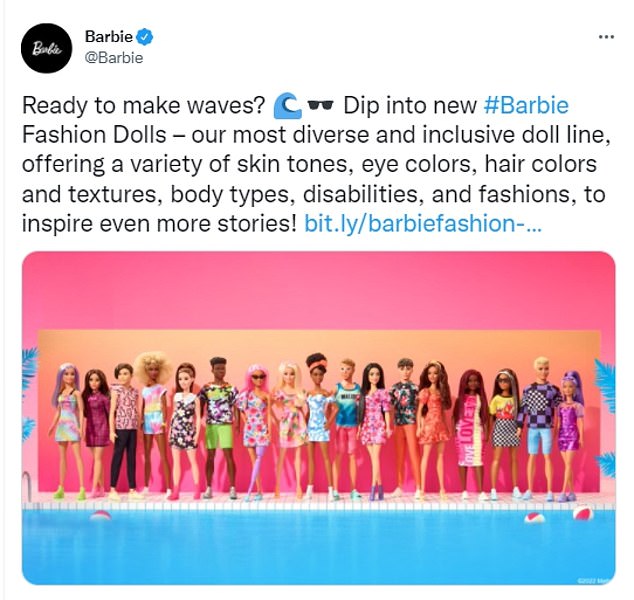 The body shapes of the dolls have also been changed so that the Barbie dolls have smaller chests and more curves, whilst the male dolls are less muscular, so that the range becomes more inclusive.

The creators of Barbie have been moving towards a more ‘inclusive’ set of dolls for years now.

In 2020, Mattel revealed another set of inclusive dolls, which included a Ken doll with long hair and a Barbie with vitiligo.

Last year they released another Barbie with a prosthetic limb in a dark skintone.

Ken dolls have also been given more inclusive updates, from complexion to the colour and length of their hair. One male doll sports a long blond mane, while another dons red hair.