Manchester United were knocked out of the Champions League at the quarter-final stage after a comprehensive 3-0 defeat by Barcelona at the Nou Camp.

Just four minutes later United goalkeeper David de Gea fumbled what should have been a routine save with the ball trickling into the net and Philippe Coutinho wrapped things up with a superb strike in the second half.

Here, Sportsmail’s CHRIS WHEELER runs the rule over the players at the Nou Camp.

Manchester United were knocked out of the Champions League by Barcelona

MARC-ANDRE TER STEGEN 6.5 – Hardly troubled after early scares but made a fantastic reflex save from Sanchez in 90th minute.

SERGI ROBERTO 6 – The only change from first leg, had a great chance to score right on half-time but De Gea somehow kept it out.

GERARD PIQUE 7 – Shaky start as United created early opportunities, but settled well against his old club after that.

CLEMENT LENGLET 6.5 – Made sure that United’s greater height and strength didn’t hurt Barca over the course of the two legs.

JORDI ALBA 7 – Got forward brilliantly down the right to cause United all sorts of problems and comfortable in defence.

IVAN RAKITIC 7 – Had a penalty award overturned and nearly scored with a header. Very lively from the Croat.

SERGIO BUSQUETS 7 – The Mr Dependable of this Barca team. This was his 45th home game in the Champions League without defeat. 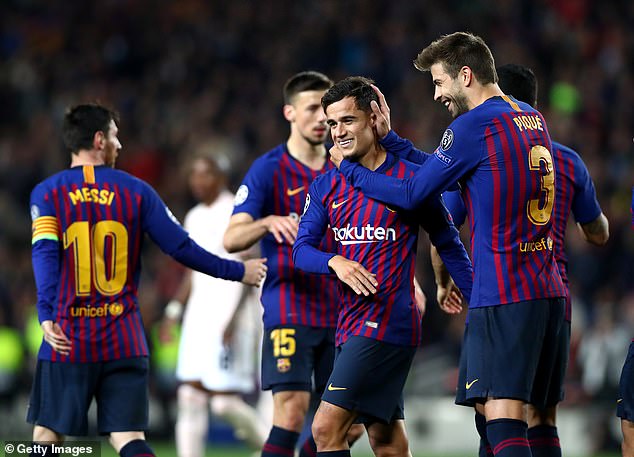 ARTHUR 7 – Got away with an early slip and kept things ticking over in midfield with a tidy performance.

LIONEL MESSI 9 – Subdued in the first leg, sublime here. What a first goal. What a show. What a wonderful player.

LUIS SUAREZ 7 – Cut a frustrated figure at times but still did more than enough to keep United busy.

PHILIPPE COUTINHO 7 – Exploded into life with the kind of stunning strike we are used to seeing from him in the Premier League.

Manager: Ernesto Valverde 8 – Has guided Barca into the semi-final for the first time since 2015, and with something to spare it has to be said.

DAVID DE GEA 4.5 – Horrible mistake for the second goal, allowing Messi’s shot to creep under his body. Not at his best this season. 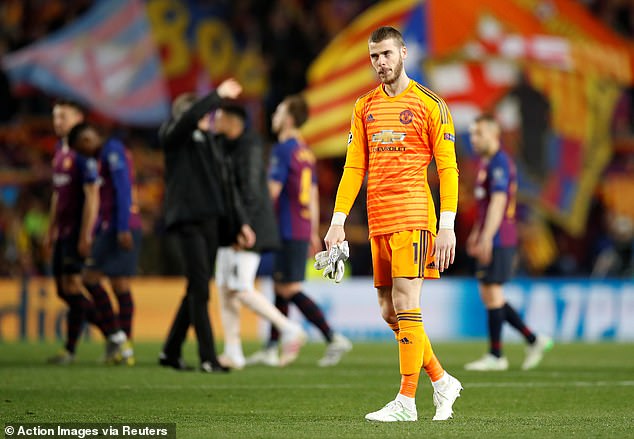 VICTOR LINDELOF 5.5 – Played at full-back due to Shaw’s suspension but struggled and United needed his composure in the middle.

CHRIS SMALLING 5 – Couldn’t get close to Messi and Coutinho for the first and third goals. A torrid night for him.

PHIL JONES 5 – Played with a bandaged head but that won’t have helped the dizzy spells from being turned inside out by Messi.

ASHLEY YOUNG 5 – Lost possession to Messi for the first goal when he had chances to clear. A big mistake at a crucial time.

FRED 4.5 – Got away with early penalty call but nutmegged by Messi for the first goal and knocked off the ball for the second.

SCOTT McTOMINAY 6 – Excellent in the first leg but a little overwhelmed here. Miscontrolled in front of goal early on.

PAUL POGBA 5.5 – Failed to deliver on the big stage again. His frustration showed as he kicked out at Arthur before half-time.

JESSE LINGARD 5.5 – Struggled to get in the game and use his pace as Barca took control and the wheels came off for United. 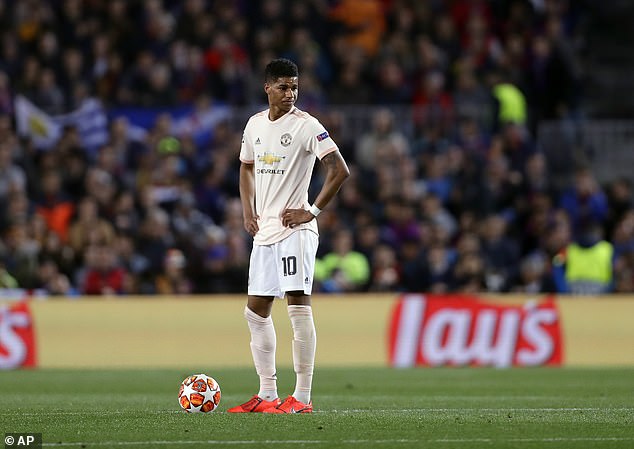 MARCUS RASHFORD 6.5 – United’s liveliest player again but it could have been so different if he hadn’t hit the bar right at the start.

ANTHONY MARTIAL 4.5 – Largely anonymous from the Frenchman who was first off. Another gifted player who can do so much more.

Manager: Ole Gunnar Solskjaer 6 – Talk of a fairy tale return to the Nou Camp evaporated with two goals inside the opening 20 minutes. Game over after that.

Referee: Felix Brych (Germany) 7 – Got the one big call of the night right with the help of VAR, reversing a penalty award for Fred’s challenge on Rakitic.