Barcelona are hurtling towards the end of their greatest era. This is their plan…

Either way, a glance at either team line-up reveals that, slowly but surely, the list of 15 players who performed in one or both of those matches is now fading, leaving just three men standing.

Just three players – Lionel Messi, Sergio Busquets and Gerard Pique (all in colour) remain at Barcelona from the side who beat Manchester United at Wembley to win the Champions League in 2011. It was the high-water mark for the great Barca side that dominated Europe

Lionel Messi, Gerard Pique and Sergio Busquets are the last remaining survivors – men who came to the club as boys and became legends. The greatest footballer the club has ever produced, its greatest ball-playing defender, and probably its greatest holding midfielder.

Busquets remains of crucial importance to the way the team plays. They have been beaten three times away from home already this season – on all three occasions he has been missing from the starting line-up.

It’s revealing that they are so affected by his absence. But it’s also revealing that three times he has been rested. He is 31 now; he has played a lot of football since reaching the senior team in 2008.

Pique will be 33 next February and, as well as the physical and mental toll of so many years at the top, he also has a burning desire to follow new passions.

He has an increasing number of off-field projects, including the revamped Davis Cup that will be played out this week in Madrid. He has come up with a new format and revolutionised the competition. ‘I barely sleep for four or five hours. I don’t have enough time for everything,’ Pique recently told Spanish paper El Pais. 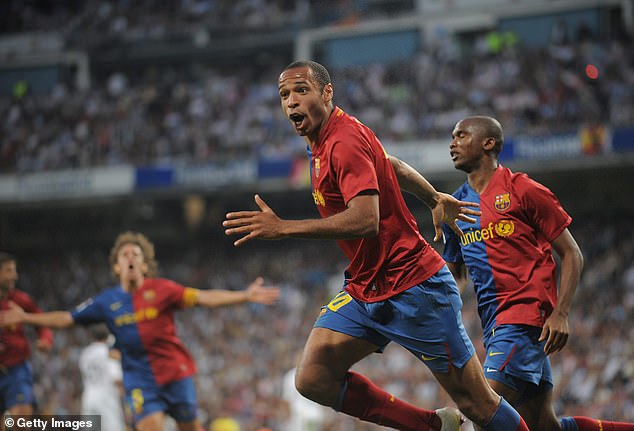 Barca’s other extraordinary peak was perhaps the 6-2 thrashing of Real Madrid in 2009, in which Thierry Henry (centre) scored twice, along with Messi (twice), Carles Puyol and Pique 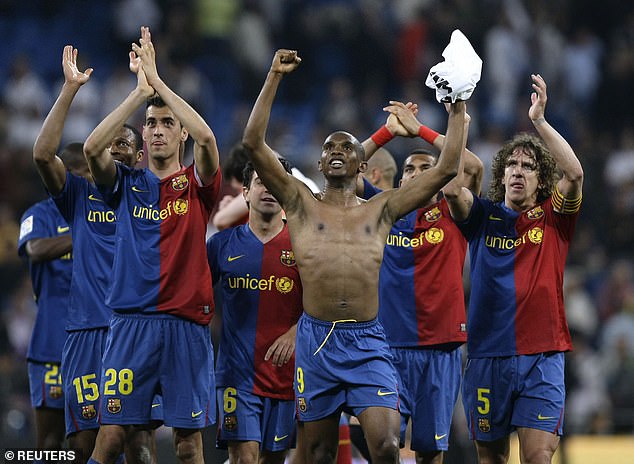 The response from some Barcelona supporters was inevitable – aren’t elite sportsman supposed to rest for at least eight hours every night? Pique has retired from international football but his diary is still booked out on international weeks.

This week he has been promoting his ‘World Cup of Tennis’ Davis Cup project.

Through his company Kosmos he has also taken control of FC Andorra, currently in the third tier of Spanish football.

Messi, meanwhile, started the season injured and Barcelona struggled while he was away slipping to fifth and failing to find the back of the net as regularly as we are used to seeing. Messi’s return has coincided with their rise to the summit and he has immediately hit scoring form. Now 32, he has eight goals in seven league starts, only one goal behind Karim Benzema, who has scored nine in 11 games.

Barcelona president Josep Maria Bartomeu said last week: ‘Messi’s contract ends in 2021 but I’m sure everyone will want – if he’s feeling strong and ambitious – to extend the contract indefinitely.’

No president really wants Messi to retire on his watch. The reality, however, is that the first day of the post-Messi era gets increasingly closer and Barcelona look unprepared for it – how could they possible not?

In terms of players to come in and replace Pique, Busqets and Messi, Barcelona are in the process of looking for solutions. Last summer they were linked with Matthijs de Ligt, who was leaving Ajax off the back of a Pique-esque season for the Dutch champions.

In the end Barcelona were priced out of the move, unable to compete with Juventus. The Dutch defender has not been overly happy with his first season in Italy so might remain an option in coming seasons.

Another factor against him joining last summer was the potential dilemma of signing De Ligt before Pique had retired. Could the two right-footed defenders play together? And if not, would it damage the then 19-year-old to join a team he was then not going to be first choice in? When Pique stands down – and he is headstrong and unpredictable enough to do it with little warning – then Barcelona will need someone immediately but they felt they could not gamble on it happening in a workable timescale for De Ligt. 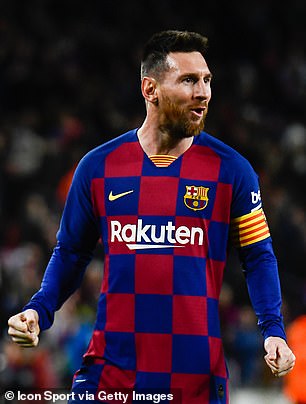 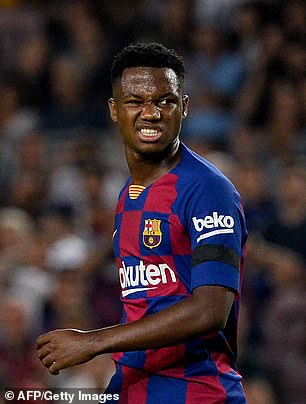 Messi remains a superstar but has had injury issues and now, aged 32, is entering his final years as a player; Barca hope Ansu Fati (right) can somehow help replace Messi one day 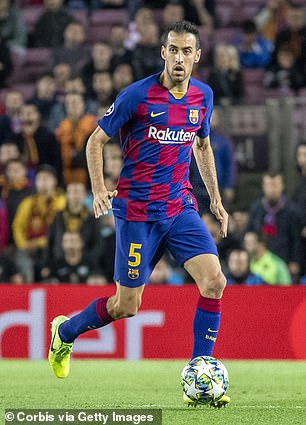 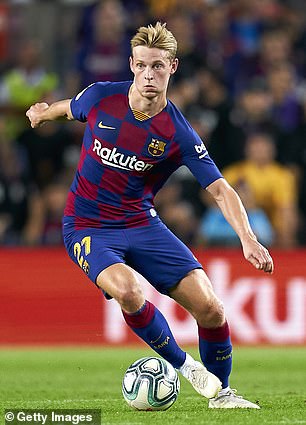 Busquets is still integral to the team but at 31 he now needs resting on occasion; Frenkie de Jong (right) is earmarked as part of the solution to fill the hole once Busquets has gone 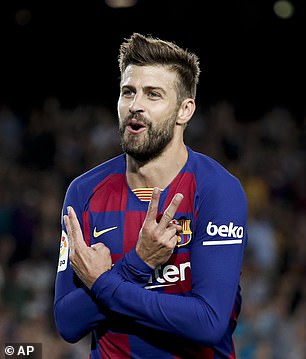 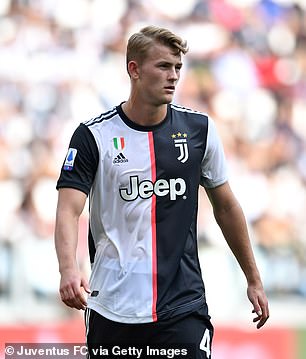 Pique, 32, now appears almost to concentrate on his businesses as much as playing football; Matthijs de Light (right), who signed for Juventus in the summer, remains a long-term Barca target and could yet make the big move to plug the gap in the centre of their defence

In midfield Frenkie de Jong did arrive in the summer and does look like a long-term replacement for Busquets. He has that ability to receive the ball on the half turn and move it swiftly and safely forward. It’s a tough position that demands 360-degree vision. Sergio Roberto was put there at the weekend because coach Valverde likes De Jong’s energy in the lateral midfield position. It was 20 minutes in when De Jong was ordering Roberto to swap places with him.

But even De Jong struggles in Busquets’ place. He can be too daring in the role – he needs to learn from the master’s capacity to always be available and to always choose his passes well.

Messi’s replacement will be the hardest to find. Now that his brother is assisting in the representation of Ansu Fati it has felt he has been pushing the 17-year-old as a candidate. But after an incredible start to life at Barcelona, Fati has faded in recent weeks and was taken off at half-time in their last game.

De Ligt, De Jong and Fati could yet one day form the new spine of the Barcelona team – if the first is signed, the second keeps progressing, and the third develops as everyone at the club hopes then Pique, Busquets and Messi could have interesting successors.

But nothing will ever replace the greatest spine the club has ever had, fortified in La Masia where they all played together as kids, and fine-tuned to pitch perfect under Pep Guardiola from 2008 until 2012.

Every match that they all appear together in the starting line-up is another 90 minutes to savour… and another game closer to the day when they are just retired club legends. Barcelona have to learn to live without them.