‘There were things that we have not understood properly’: New Barcelona boss Quique Setien claims his players could not comprehend his tactics in dismal La Liga defeat at Valencia

Barcelona coach Quique Setien risked upsetting his new players at Barcelona by suggesting the team lost at Valencia because they had not understood instructions.

‘The truth is we were not very good,’ said the 61-year-old who took over two weeks ago after Ernesto Valverde who was sacked despite being top.

Setien went on: ‘Especially in the first half. We could not find a way to break them down. There were things that we have not understood properly and Valencia took advantage of our errors.’ 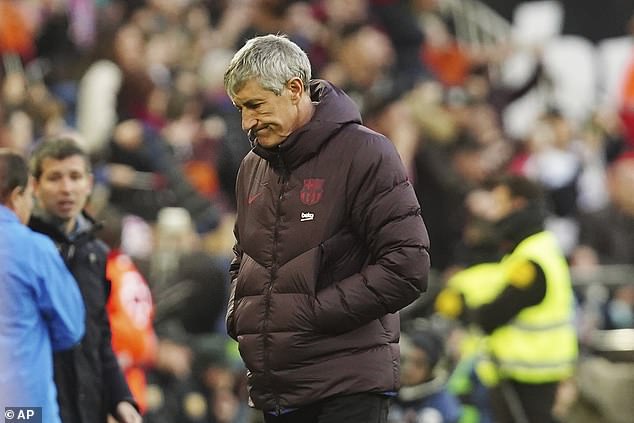 Asked if it had been a problem of application Setien said: ‘It was not an attitude problem. We were not well positioned. We played a lot of passes without any sense to them, just for sake of playing them.

‘They are still not understanding things or perhaps we are not explaining them well.’

Barcelona midfielder Sergio Busquets added: ‘Despite the defeat we played a good second half creating chances and having control. But nowadays it’s goals that count and Valencia took their chances.’

In Setien’s first game last week the team played over 1,000 passes but only had six chances and needed a Lionel Messi goal to win them the game. 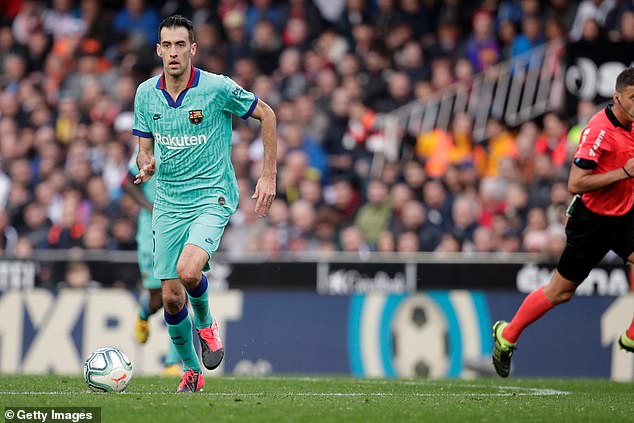 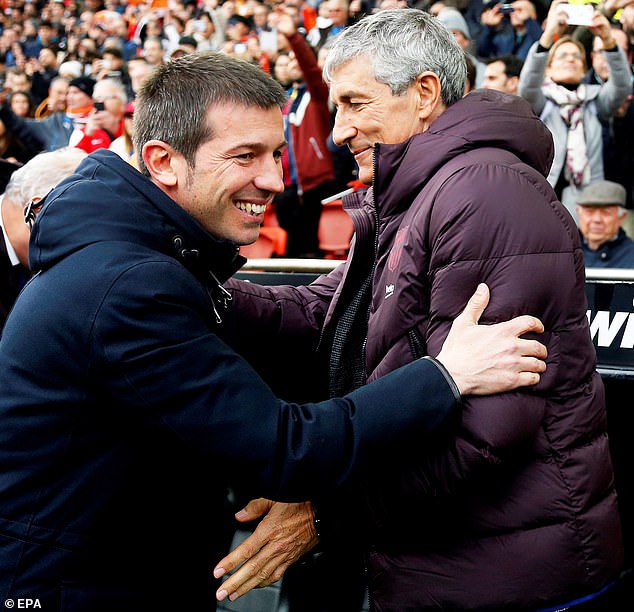 They failed to muster a single shot on target in the first half of their midweek cup game against Ibiza. They ended up squeezing past third tier Ibiza 2-1.

This match was billed as his first real test and he saw his team struggle throughout.

Valencia coach Albert Celades said after the win: ‘We are delighted with the win. Barcelona are very difficult to beat and we had to play very well.

‘We were not able to start with Rodrigo and Dani Parejo and everyone knows how important they are to us. This win will give us strength as a team. It’s good news.’